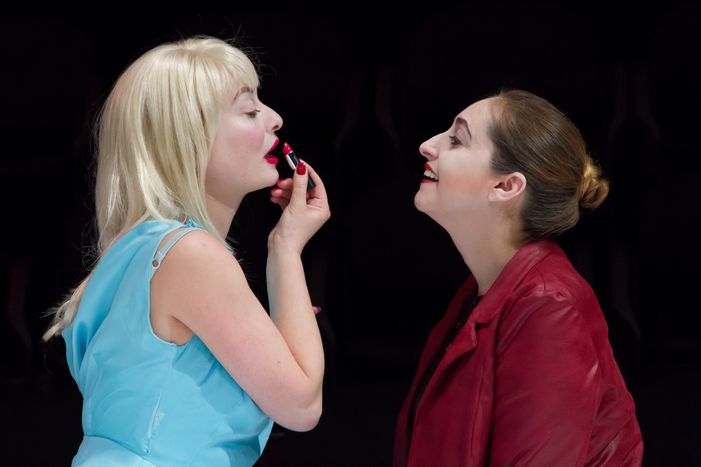 Hell is other people

From January 12 until February 6, 'Huis Clos' is playing at the Théâtre des Martyrs in Brussels, the iconic play by Jean-Paul Sartre, famous for the line : ‘Hell is other people’. Cafébabel Brussels had the chance to attend the opening night and assess the actors' performances.

'Huit Clos' revolves around three protagonists and their escapades in the underworld: the high-society woman; the lesbian postal clerk and the pacifist writer, who, having committed an array of crimes that are revealed as the play progresses, find themselves trapped in purgatory. The action plays out in the small room of the Théâtre de la Place des Martyrs, which lends itself to the intimate and relaxed atmosphere, completely immersing us in the depths of the Underworld, much to the audience's delight.

'Huis Clos' first appeared under the name ‘Les autres’ in 1944. A crucial year for France: one which was marked by the triptych of occupation, amphibious warfare and liberation. Against this backdrop, Jean-Paul Sartre used his work to explore the problem of bad faith, the responsibility of the individual, freedom and war-time occupation – bad faith is particularly evident in the character of Garcin, the pacifist journalist, executed for defection. 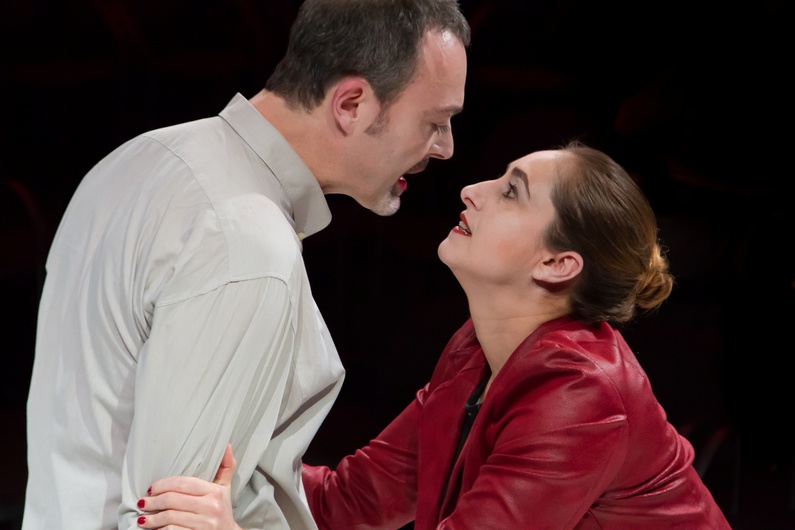 Stéphane Ledune, who assumes the role of Garcin is outstanding in the play. His acting is faultless. Simultaneously somber and funny, he perfectly embodies the schizophrenic, torn between his almost angelic pacifism and perversity. A performance which does not in any way detract from the other two protagonists, Estelle (played by Dolorès Delahaut) and Inès (Sylvie Perederejew), who are also excellent in their remarkably different roles.

Finally, the valet, serving as the bridge between the world of the living and Purgatory, who could easily be mistaken for Christoph Waltz, adds a touch of irony and malice to the hopeless situation; the three accomplices are destined to remain in Hell for eternity. 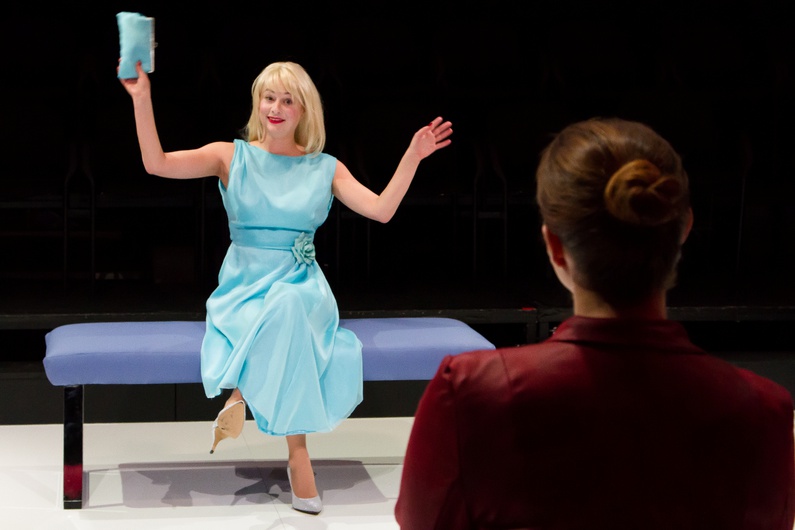 The play is highly recommended by our CaféBabel Bruxelles team, who during the ninety-minute performance, were taken back to their school days, reliving moments from a major work studied in their youth, and whose words are still relevant today: "I wanted to say: Hell is other people. But the phrase ‘Hell is other people’ has always been misunderstood. What I mean by this is that if relationships with others are twisted, vitiated, then those other people can only be Hell. Because other people’s opinions of us are more important to us than our opinions of ourselves."