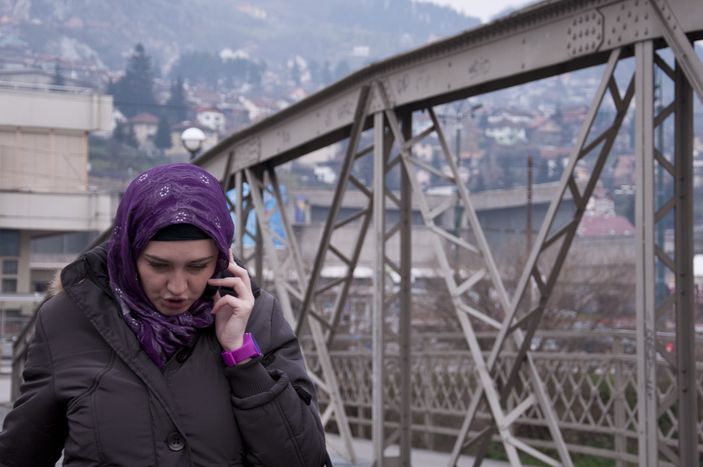 Bosnia and Herzegovina is queuing for new freedom; as of 15 December, the European Union will have liberalised the visa situation so that citizens can travel to the 25 countries of the Schengen. But contrary to the EU's expectations, not everyone is jumping for joy with the news

The small passport office feels more like a neighbourhood post office than a Sarajevo police station. A guard sells sweets behind a pane of glass at the door. Quiet reigns across the several queues on this post-lunch hour weekday. People of every age form lines to get their new biometric passports. As of 15 December, this document will be enough to travel to the 25 countries of the Schengen zone. 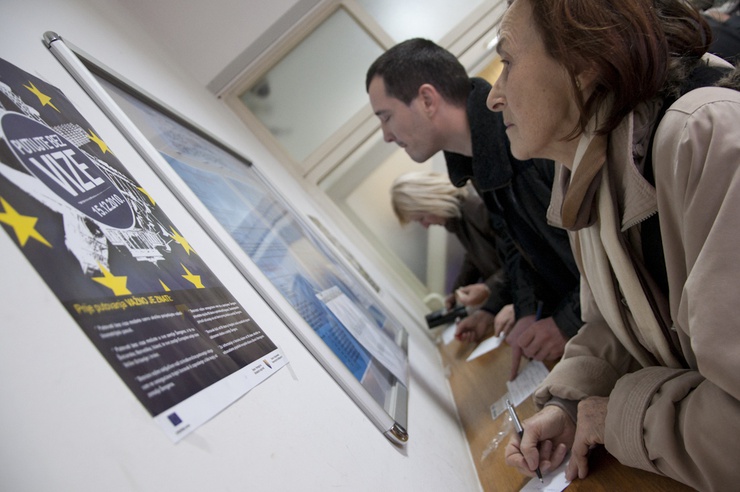 So why the silence? Might they be contemplating that with 60% unemployment and a monthly salary of 410 euros, not everyone in Bosnia and Herzegovina (BiH) has the money to travel anyway? Are some wondering why they'll only be able to travel for a maximum of 90 days with the new visa liberalisation conditions?

'Apparently 1, 500 euros has been spent on an education campaign yet there has been no sign of it,' says Jasmina. At 19 the politics student was voted in as the youngest student association head at the university of Sarajevo. She co-hosted EU commissioner for home affairs Cecilia Malmstroem on her 12 November visit to the politics department. 'During the presentation I told Malmstroem I wanted to go abroad to eventually work, and she answered I'm not Santa Clause. I was really disappointed; Bosnians are just supposed to be grateful.' Nor did journalists from the local and regional media like Balkan Insight appreciate the 'reminder' that Bosnians were allowed to go abroad but would have to 'come back'. 'The European Union is just a big urban trend here,' adds Jasmina.

'Bosnians are just supposed to be grateful'

Malmstroem may not be Santa Clause but she’s playing the christmas caddy. ‘It's a great way of bringing Europeans together, ordinary people and students,' she said in a speech to journalists at the European commission on 11 November, the eve before she was to fly off to the universities of Sarajevo and Tirana bearing myrrh and good news. 'By abolishing visas we'll bring these people closer, and before christmas so they can visit their friends and families.’ There’s a sensation in Bosnia that what is done has been done without really having an ear for what the citizens themselves might have to say. One Bosnian professional, 37, tells us she is ‘pissed off’ with the news of the visa liberalisation. 'I won't queue to go to England!' she nods, and plans to keep making trips to the likes of Turkey or India where to date she hasn't needed a visa.

Having new access to the twenty-five Schengen countries won't be smooth sailing for everyone. 'I'm seriously considering making my new passport photo without my headscarf,' says independent filmmaker Nejra Hulusic at the city's trendy Meeting Point Cinema Cafe; a poster of one of her idols, prominent Bosnian cultural export and current-Oscar candidate Danis Tanovic's latest film is pasted across the streets behind us. Up until two weeks before we meet Nejra hadn't left Bosnia for two years, since the birth of her daughter. She was apprehended at Schiphol airport where she had travelled to attend the Eastern Neighbour film conference in Utrecht in late October; when her blonde, pierced colleague SabinaBegovic was then allowed to pass, she complained of discrimination. 'The guard jumped out of his box and accused me of calling him racist and harassing a police officer, but I told him we were the same colour,' she recalls, animated. Ironically, the Netherlands along with France has opposed the EU's visa move for Bosnia and Albania, claiming the countries have made too little reform progress. 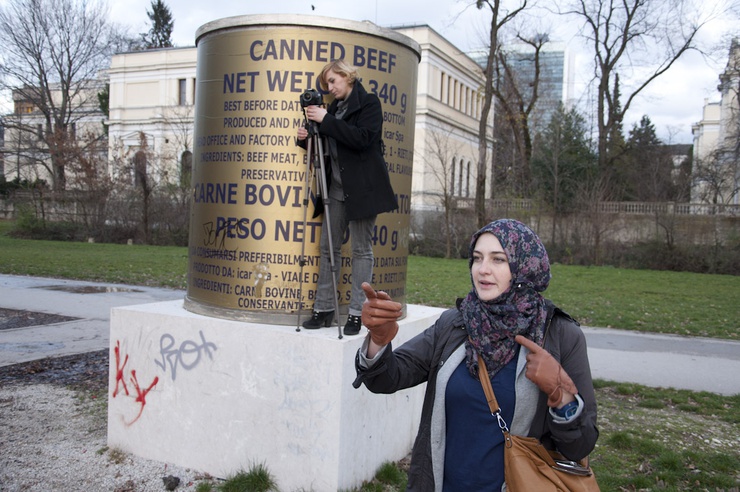 In any case, this quiet taboo doesn't only start once Nejra crosses European borders, but in Sarajevo too. ‘Me being a wife and mother at 25 differs from being a hijab-wearing wife and mother at 25 here and elsewhere,’ explains Nejra. In one scene of Nejra and Sabina's latest film project Undercovered, which has been nominated for a co-production prize from the Robert Bosch Stiftung in an opportunity for young Germans to work with 'eastern European' filmmakers, a gay designer points out that the material is 'green, a piece of silk – it could be used as a cocktail dress! Here in Bosnia the word for wearing a scarf literally translates to being wrapped up,' she adds. This 2003 academy of arts graduate married for love, chose to wear the headscarf three years ago against her loved ones' advice, often pairs it with ripped jeans and has muslim in-laws who drink. Forget the EU being an urban trend in Bosnia, she sighs: 'Mediocrity is a bigger urban trend here.' 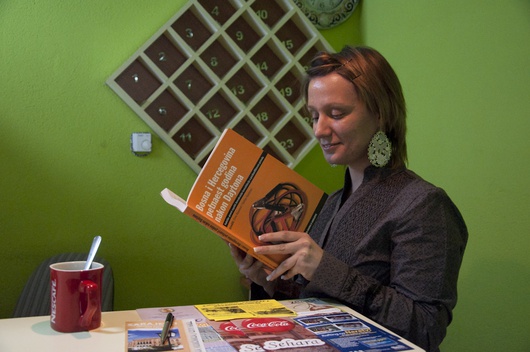 An elderly man sits in a cafe on a busy Sunday morning in the old town, watching a group of Slovenian tourists gathered up outside. Paris, Istanbul, New York, he recites, a list of destinations he went to as a youngster. It’s a nod to a particular sentiment of communist nostalgia, when Yugoslav citizens travelled far and wide as well as regionally before Bosnia became the ‘last hole in the world’ that it has been of current years, as Nejra puts it. The question for Bosnia now, as visas are liberalised on the eve of the fifteen year anniversary of the Dayton peace agreement (which split the country in two entities), is how better to improve communication and travel in its own country. Globalised standards mean that the set of Bosnians I meet are well-travelled thanks to the various conferences and festivals they attend for their professions abroad. 'But at conferences in Banja Luka or wherever in the Serb Republic (one of the two entitites; Sarajevo is in the Bosniak-Croat Federation - ed) I am often the only Bosniak,' says Jasmina. 'I tried to tackle the question by organising a youth community seminar at university. But they shot my idea down.’

This article is part of cafebabel.com's 2010-2011 feature focus on the Balkans - read more about the project Orient Express Reporter