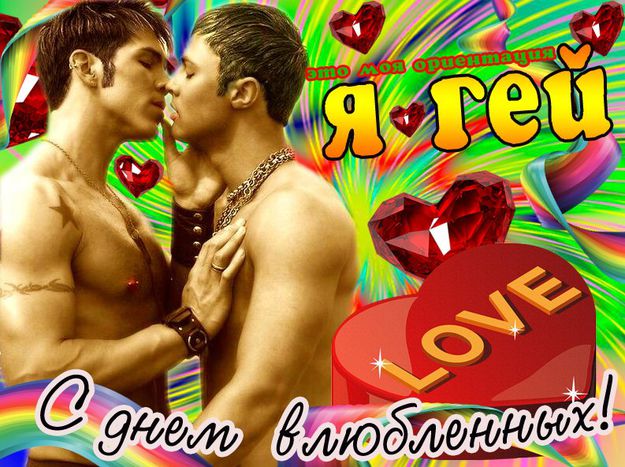 Happy valentine’s day in Russia (unless you are gay)

Celebrations on 14 February in Russia only served to highlight the discrimination that the LGBT community still suffers in the country. Though homosexuality was legalised in the country in 1993, in practice LGBT citizens are still not treated fully as ‘equals’

On valentine's day, adornments lit up the streets of Russia’s main cities, making them so much livelier around the time of the commercial festival. To celebrate, a flash mob was organised in which many couples were invited to get together and kiss in public. It was organised through VK, the country’s main social network, yet homosexual couples were asked to stay out of the event and not to participate; they were not permitted to carry out that simplest of gestures, a kiss in the street.

In the past the Russian LGBT community has suffered one of the harshest persecutions known to man; despite that, its members still continue to be stigmatised, just as men and women once were with the scarlet letter or the jewish star in other points in history. The discrimination ends up being extended to those who accompany LGBT members in the street. In recent decades their freedom has been reduced to such a great extent that they are now barely allowed to breath.

The events of 28 May 2011 seem like they happened a long time ago. That was the day when Moscow held its first ever unofficial gay pride, a day which clashed with celebrations of the custom police’s national day, which in itself is a symbol of hostile state machinery and national pride. The inevitable violence which took place only incensed the public’s disrespect towards the LGBT community; they seemed to enjoy the day and its peculiar idea of fun and games.

The incidents which took place on that day in 2011 led Russia to take a major decision; the authorities decided to prohibit the celebration of gay pride marches for the next century. However, the knife had not yet been stuck in by the political class, the incorruptible guardians of the country’s morality. The state duma, the parliament made up of civil servants, athletes and other celebrities, recently decided to ban all homosexual propaganda through an extraordinary act of faith. It’s a law that doesn’t specify exactly what it’s getting at, leaving it up to the individual to interpret its meaning.

Protests and animated demonstrations haven’t achieved anything, though they are backed by the European court of human rights. People have tried to fight against this rule which they argue violates everybody's basic right to expression and assembly. It is strange that this is happening even when article 121 of the soviet penal code is still so present in the country’s collective memory; homosexuality, which at that time considered as a mental illness, was an offence punishable by imprisonment. Fortunately the article disappeared with the fall of the USSR.

The authorities hope to clear their conscience with an endless number of absurdities, full of prejudice as they are; they want to remove this peculiar blemish from their culture. After all, being gay doesn’t quite fit in with stereotypical Russia; it is a land full of vodka, debauchery, riches, mafia and good-looking women; it is a country ruled over by a president who appears to be somewhat of a superhero.