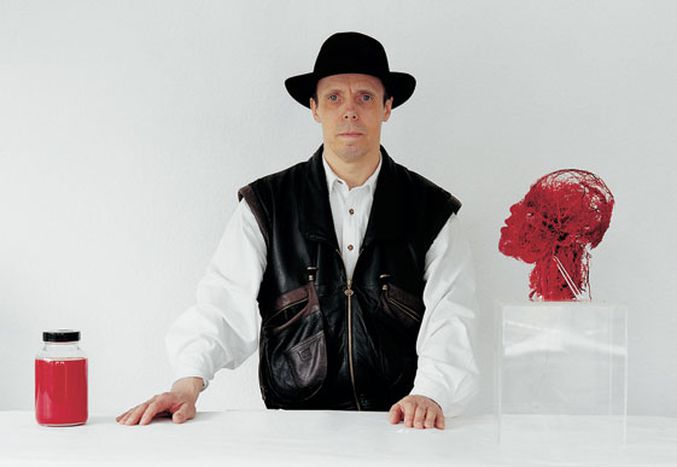 Gunther von Hagens: ‘An anatomical exposition without publicity is like a theatre without a programme’

The 'plastinator' often hits European headlines with his 'Body Worlds' exhibition. Of course he will be having his own body plastinated, he says - interview

You describe your work as ‘anatomical aesthetic’. How do you define the aesthetic?

My work is done for the layman. I work for them, not for the experts. In this sense, my definition of ‘aesthetic’ has a layman’s orientation, according to whch the ‘aesthetic’ means something quite beautiful and nice. ‘Aesthetic’ is like an antonym of ‘ugly’.

To what extent to do you alienate your figures? 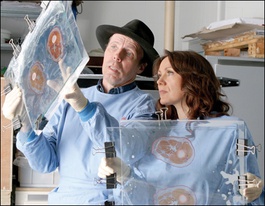 They become alienated during the preparation process. We take off the skin, we take off the fat and the connecting tissue. The face acquires a new aspect, on some occasions even a charisma.

Your sculptures look like chess players or sportsmen. You are often accused of presenting them as artistic objects.

I am an inventor and a scientist interested in art, I am not an artist with scientific ambitions. In fact, there are some characteristics in common; art pieces like these plastinates can be interpreted how and as is wanted; it’s all in the eye of the beholder.

If you are so devoted to science, how come your pieces appeared in the last James Bond movie?

A good anatomy professor is always a good actor, a showman. Anatomy directed at a layman audience should always be entertaining. In the last James Bond, the poker player sculptures highlighted the possibilities of the anatomy exhibition and raised interest in the exposition. An anatomical exposition without publicity is like a theatre without a programme.

Why should we describe you as an artist who transcends borders?

My life has always been imprinted with finding myself between extremes. I am the middle child of five siblings. I grew up in an equilibrium of efforts between capitalism and communism. Professionally, I find myself between chemistry and medicine. Anatomically, I am suspended between anatomy and medicine.

Your ‘Body Worlds’ exposition has been criticised far and wide for being provocative and gratuitous. What limits do you believe you have crossed?

None. I have never dehumanised a single one of the figures, for example in using a bladder as a vase. I am a didactic anatomist and I present anatomical preparations as they are.

Would you allow your own body to be plasticised?

Of course! What could be better than allowing my body to continue doing what I have been doing all my life after my death – teaching anatomy?