Codename: guinea pig. Porcine eyes and dyed hair, the creature is either called Jessica or Sabrina. Complemented by an unclothed allure, sparkling lips, a lost piece of chewing gum at the back of its vocal cords, a negative IQ and coloured nails, it is delicately described as 'easy' or nicknamed ‘whore’ or ‘slut’.

Oh to think that it was necessary to get an education, to become independent and to learn to say 'no' to boys - only to find ourselves competing with these urban maids! So why must it be them who systematically haunt the nights of the male sex?

Paraded on bus shelters, the open or wondering pout perched upon breathtakin 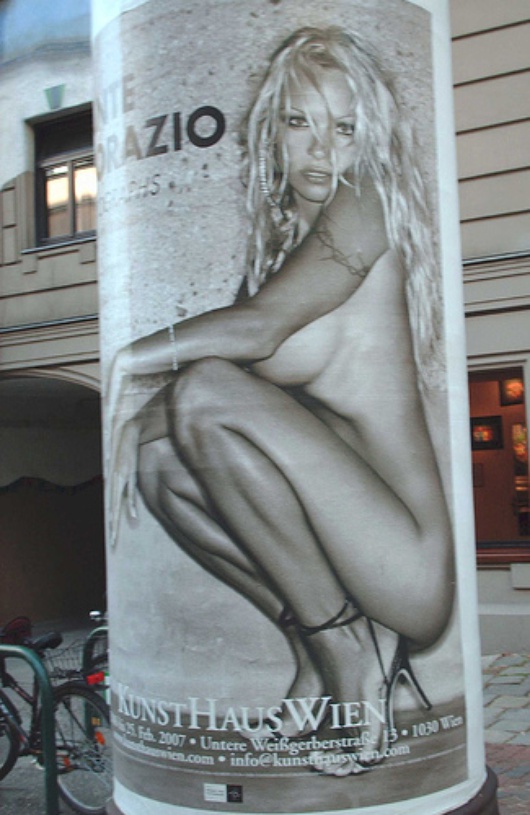 g heels complete with a minimalist uniform, Miss Prostitute appears to have all the assets on her side: always ready, always available. Why try to be funny when grinning like a sea fish is going to win you hearts – and failing that, bodies? Why try to be intelligent when an oiled cleavage will save you time? It's those weeds that'll flourish in the spotlight, down at the pub, and even in old folks' homes (granny with ten inch make-up coating) anyway.

Yes dear reader, yes to all three. Because in 2005, some very serious spectacled researchers from the Universities of Bristol, Aberdeen, Glasgow and Edinburgh who measured the IQ of a range of men and women aged 11 years, observed 14 years later whether these innocent children had succeeded in finding themselves a partner. The results were clear. For women, the chance of having a stable relationship 'reduces by 40% each time that they increase their IQ by 16 points'. But that is where the study becomes cynical when it says that a 'man enjoying the same intellectual powers has a 35% better chance of getting married'.

It is therefore scientifically proven, men prefer idiots; or those that give that impression. There is nothing left to do but train ourselves…