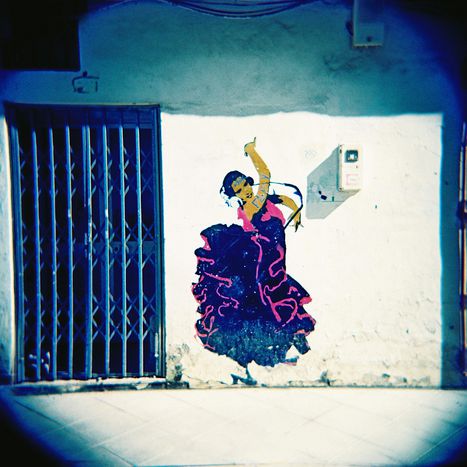 Overlooked by many tourists - the numbers of visitors to the city do not by any means reflect its incredible charm, beauty and liveliness - Seville is writhing, pulsating 'authentic Spain' at its most vivacious

Seville, 'capital of the south', lies on the palm-treed banks of the Guadalquivir River to the west of Andalusia, one of Spain’s seventeen autonomous regions, at the southernmost point of the Iberian peninsula. Seville is full of contradictions; filled with wealth but with massive unemployment and home to one of the most dangerous neighbourhoods in Spain, Tres Mil Viviendas, a seemingly lawless neighbourhood that is steered clear of by postmen, dustbin men and police officers alike.

Summer in the 'capital'

Beginning in May and ending in October, this beating heart of the south’s summer is long. Nights are oppressive rather than simply balmy. Temperatures regularly soar over forty degrees, but there is plenty of refuge to be sought in this most tantalizingly seductive of cities, inspiration for Bizet’s Carmen and the Spanish composer Isaac Albeniz’s Sevilla. Home to the largest gothic cathedral in the world, Seville houses the bell tower La Giralda, one of the three remaining almohad minarets in the world. Eight centuries old, the minaret comes from the mosque that was replaced by the cathedral in 1402 after King Alfonso X expressly prohibited its demolition at the hands of the moors who didn’t want the christian conquerors to profit from its exquisite beauty.

The Alcazar Palace and Gardens arguably match Granada’s Alhambra in terms of architectural brilliance, a testament to moorish culture in Spain showcasing the breathtaking skills of muslim, jewish and christian artisans. Between the shady courtyards and between fountains and peacocks, budding artists escape the fury of the burning sun for an inspiring afternoon in this magical oasis of calm and colour, brushes dancing across their canvases, the sweet smell of oranges at their feet. The Andalucian capital (though don’t breath a word of it to the people of Cadiz, Granada, or in fact anywhere in the region – fiercely proud and competitive they would all contest it) is home to the Museo de Bellas Artes, second only to the one in Madrid, the Archivo de Indias which contains documents related to Christopher Columbus’s discovery of America (his tomb is said to lie in the cathedral) and the Plaza de Toros de la Maestranza, one of the only bull rings in Spain that still hosts bullfights, though the state broadcaster recently banned it on television. 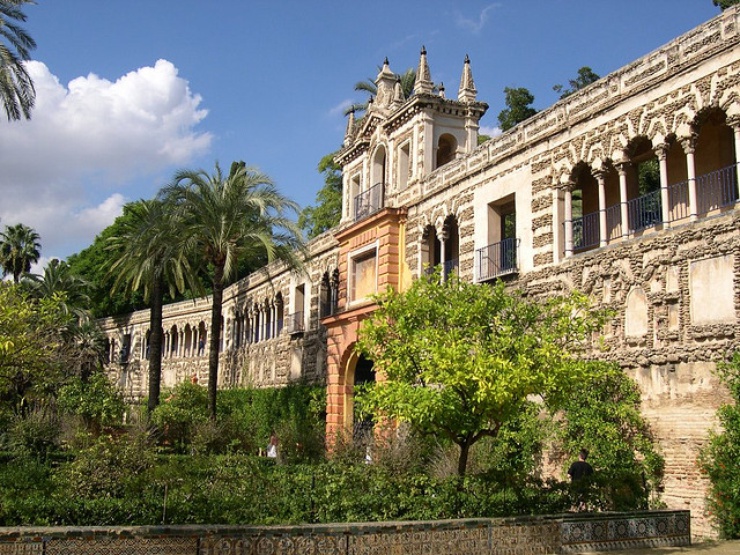 Tradition continues with the Semana Santa (Holy Week) and the Feria de Sevilla, where the city’s dwellers press together in casetas in Los Remedios, a residential area south of the river. Picture dancing Sevillanas, plates of ham and cheese and copious amounts of rebujito, an intoxicating mixture of lemonade and Manzanilla, a sherry which hails from the nearby Sanlucar de Barrameda in the northwest of the Cadiz province. With the girls fastened into their tight gitana flamenco dresses, riding side saddle alongside their caballeros (who sport distinctly longer-than-usual sideburns during the week long festivities) you would be forgiven for thinking that the entire population had been transported back in time a hundred or so years.

The best way of capturing the essence of Seville, of feeling the spirit that seeps out of every door and flows from every balcony is just to walk. The city has four main neighbourhoods. La Macarena covers the northern area of the city up to the old city walls. It's fairly run down though the crumbling graffiti streaked walls add to the charm of a neighbourhood that hosts street markets and encompasses the 'alternative' area of the Alemeda de Hercules and surrounding streets, Hercules of course famously believed to have founded Seville. The port area of El Arenal's name derives from the sandy nature in old times of the east bank of the river; it stretches from the river to Santa Cruz and encompasses many of the tourist sites, including the old maritime museum the Torre del Oro ('tower of gold') and the Plaza de Toros, where the bullring is.

The former Jewish quarter of Santa Cruz is extremely popular with tourists. Leading away from the cathedral, its narrow cobbled streets snake in an easterly direction and offer explorers an abundance of quiet courtyards and hidden passageways. Finally, Triana was historically the working class district, the gypsy quarter and the birth place of flamenco in Seville. At the right time, go down a deserted back alley and you will hear drifts of someone masterfully navigating the strings of a guitar, the soft wail of a flamenco singer, the rhythmical joining together of palms. Tourists seldom venture further than Calle Betis, the restaurant and bar lined street sadly now geared very much towards foreigners which runs alongside the river. Triana has a rawness, a certain poverty that evokes a feeling of being in an entirely different city. With its discoloured walls, faded posters and washing billowing in the wind, it has more than a little in common with Sicily’s Palermo…but then you stumble across a small tapas bar offering cola de toro, pulpo and the best jamon the city has to offer and you are reminded you are most definitely in Spain, and real Spain at that. It doesn’t get much better than this.