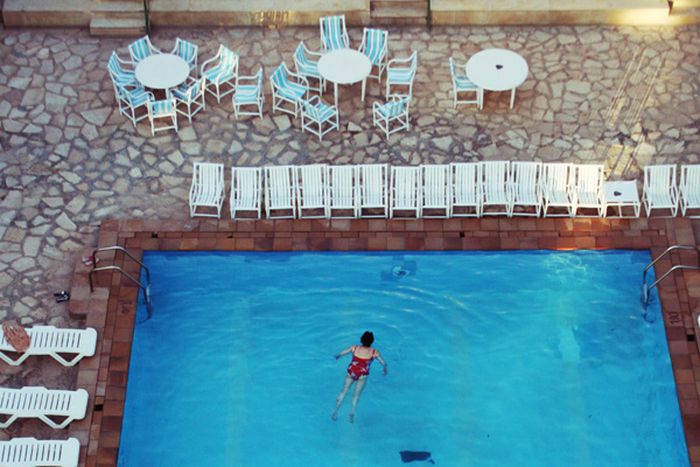 Grief after terror attack in Tunisia

Twenty-one people were killed in a terrorist attack at Bardo National Museum in Tunis on Wednesday. Tunisian President Beji Caid Essebsi said after the attack that his country would fight terrorists "to our last breath". The beacon of democracy in the Arab world has been hit to the quick, some commentators lament. Others believe the barbarity of the jihadists will strengthen secular forces.

The jihadists deliberately selected the site of their attack because it is symbolic of Tunisia's flourishing democracy and economy, the left-liberal daily Libération comments: "Tunisia is the only country in the so-called Arab world that suffers neither from a military that decides who will be president and who will beg on the streets, nor from the curse of oil revenues. And it's the only one where the president is - genuinely - elected. That is what's known as democracy, and Tunisia is the only promising example of it in this crippled Arab world. Yesterday's attack struck at the very heart of this society: in a haven of culture (a museum, like the ones the Islamic State has taken to smashing with hammers), killing tourists (the country's key source of revenue), next to parliament (seat of the fragile democracy), which was about to pass efficient anti-terrorist laws. It targets the economy, democracy, and the nation as a whole" (19.03.2015)

The attack in Tunis will above all have a disastrous impact on the country's tourism, the liberal daily Le Soir believes: "This comes as a huge blow to the relative optimism with which many viewed the country and its inhabitants. It brings to mind the fact that while Tunisia is the most democratic country in the Arab world, it is also the country of origin of the greatest number of jihadists who join the sinister Islamic State in Syria and Iraq. According to official sources, around 500 of them have now returned from the Middle East. Democracy and jihadism in one country: an incredible paradox. This new ordeal will be difficult to overcome. Tourists will no doubt give the country a wide berth. And they constitute one of its main sources of revenue. More than ever, Tunisia and the Tunisians need our solidarity." (18.03.2015)

The Arab Spring died along with the victims of the terrorist attack in Tunis, the daily Tages-Anzeiger comments, aghast: "The shootings in front of parliament and the hostage-taking at Bardo National Museum represent a disaster of untold proportions for the country and its people. The government won't be able to bring terrorism under control overnight - whereas the international tourism industry will react immediately. ... Now it is clear to everyone that the so-called Arab Spring has failed, and that the region will remain unstable for years to come. Without a clear assessment of the risks, Tunisia and the surrounding countries have become unsuitable as holiday destinations, political partners and potential locations for investment. The advance of democracy in the Middle East and Northern Africa which was so hoped for - and seemingly realistic - in 2011 will certainly not take place in the foreseeable future." (19.03.2015)

With attacks like the one in Tunis Islamists lose support among the local populations and therefore ultimately strengthen secular forces, the conserve Daily Telegraph argues: "Killing nineteen innocent people might serve Isil's purpose of trying to frighten away Tunisia's tourist trade. But such murders seem to disgust all sections of Tunisian society. They may well reinforce the strong, secular forces which came back to power in last year's elections. The new Prime Minister had been Interior Minister under the old order ousted in 2011. Then the regime lacked public support for its crackdowns on Islamic groups. Now, it looks as though Isil will provoke a popular backlash against radical Islamists." (18.03.2015)