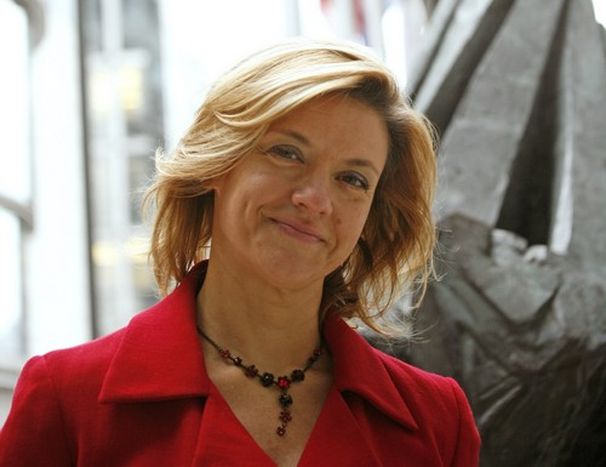 She could have been a great European commission president, party colleague say. However, the Italian co-chair of the European green party Monica Frassoni cannot stand as a Euro MP again at the European elections in June 2009. In spite of this, she is standing for the greens in her country. A new law, which was passed six weeks ago, has erased the presence of small parties in the European parliament in one stroke: the threshold to gain entrance to the European parliament in Italy has risen to 4%.

Three things would change very quickly: environment, energy and individual rights. These are the subjects which we have been battling with for the last five years, especially the latter.

However, you do not deny that the current right wing parliament and commission have been quite sensitive to your environmental discourse...

Wrong. This parliament and commission are made up of rational human beings that have not been able to deny the rights, evidence and scientific information, so they have to accept that something must be done. But a little more: yet there is still little awareness about the urgency of the climate problem.

Between the majority of decision-makers on a European level (i.e. the governments of the European council). The stated objectives are one thing, and the different applied rules are another. For example, we have adopted an energy strategy but it has ambiguous elements that could lead us in a bad direction. It consists of defining an urgent investment of public money in the famous carbon storage system. That is to say, it is an unimaginable wastefulness for Europe, since the technology will not be ready before 2050 at the very least. It only concerns a fossil material and we will be branching off from essential resources and the development of renewable energies and the campaigns for energy efficiency. As for the victory of the lobbyists in the motor industry, the example is still clearer: if we had the majority in parliament, the European council would not have passed the aid in exchange for what they have given to the motor industry so easily.

Do you not believe that the motor industry deserves this aid?

The French prime minister, Nicolas Sarkozy, has the same idea as his counterpart Gordon Brown in the United Kingdom. 'British jobs for British workers.' Very short sighted. I would think more about retraining the workers instead of giving money to the motor industry, which results in non-recoverable funds.

Do you think that energy can be ‘communitised'? 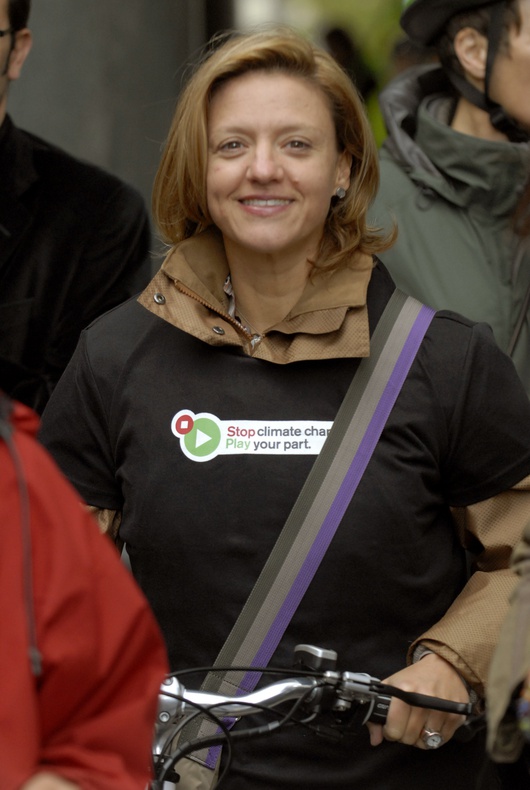 It is necessary to give more power to Europe so that they can decide on the basic lines for European energy and that this policy is managed on a European level. Not how it is now. It is necessary to set up common gas and oil reserves for situations like last winter, where solidarity was missing between the countries affected by the Russian’s cutting off their gas supplies. However, if a European state does not want to go for nuclear energy, they don't have to. And in any case, I am against the EU funding for the development of nuclear energy.

Do you feel that with the climate crisis people will take the green party more seriously?

No way! It continues to be countries such as Germany, in which 50% of the population consider it necessary to listen the greens in order to tackle climate change. Countries such as Spain or Italy have less and less sensitivity in the matter, whereas France has had a contamination of environmental ideas in the largest parties.

According to surveys that have been done in various countries, the impression given is that the two European groups which can gain in the elections are the greens and the union for Europe of the nations (UEN). Are you frightened about the outlook?

I do not have this perception. The anti-dissident and eurosceptic parties, such as the UEN, increase their representatives if they have poor participation in the elections. In any case, the whole idea of renationalising worries me. I do not like what Sarkozy said - achetez français ('Buy French'.

Have you considered Durão Barroso's statement where he believes he deserves another terms as head of the European commission?

I didn't like it at all. It will be necessary in the future to launch a ‘Stop Barroso’ campaign. We must think of an alternative female candidate and I say female because the time has come for the commission to have a female president. However, it is true that I am worried that the left wing, especially the socialists, do not present a battle. Zapatero has given his support to Barroso. It is very serious.