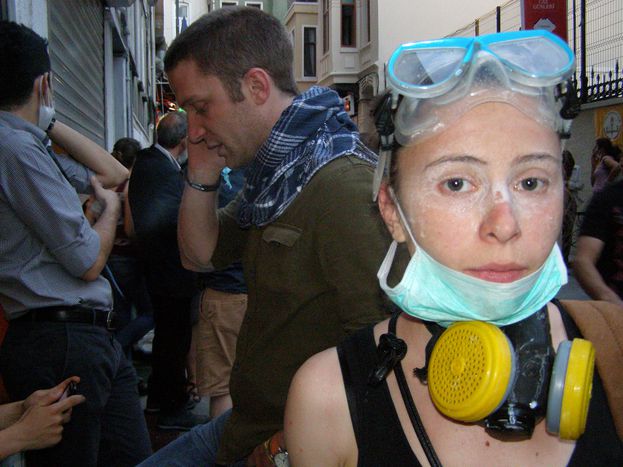 Whether you are a political activist in your home country or not, every erasmus student exchange programme participant who came to Istanbul this semester is a part of the 'gezipark hell', as it was first called in the social media.

Protesters trying to stop a small park being turned into an Ottoman-era shopping centre has turned into a Turkey-wide movement of protest against the government, says Hlektra

Ambulance horns are ringing. It’s impossible not to have realised that after at least four months of living in Istanbul, where I study media and communication sciences at Bilgi university, that there is no independent media at all. Turkey could even be called a military dictatorship; no-one is allowed to speak out against the prime minister, Recep Tayyip Erdoğan. Whilst everyone was expecting some kind of declaration concerning the brutal response to the peaceful riots in Gezi park on 1 June, he spent his daily report talking about how no-one should smoke (and of course not in public), and how every family should have at least six children. It was another daily dose of islamic propaganda.

Riots continue because of the protests concerning the ruling justice and development (AKP) party’s heavy-handed treatment of an initially peaceful affair. Avoiding areas is impossible. In Kabatas (not far from the shore of the Bosphorus - ed), the traffic jam is compounded by a blocked metro. I walk through the dust clouds of the teargas. There are red eyes, there is crying and coughing on the streets and in buses, choked as we are in the terrible heat that we have in the middle of the days. The police put an end to the 'riots' immediately. I see the water cannons. People lie on the streets injured, hardly breathing, getting first aid (if it arrives on time) from whoever is nearby. 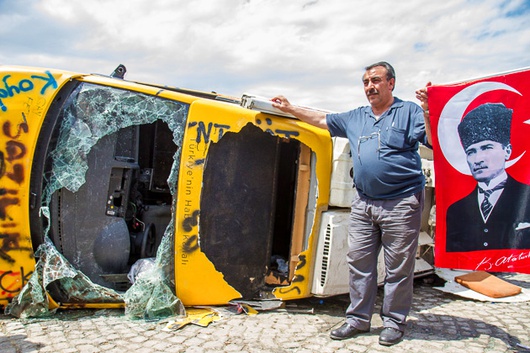 Everyone is affected. The old, the young, men, women, tourists, children, even pregnant women are on the streets protesting. As foreign students, we are in awe of the solidarity on social media networks which allows the kemalists (as the followers of the modern nation’s secular founder, Mustafa Kemal Ataturk are called - ed), and every other left-wing movement, to organise and share videos and live-streams from twitter. They help us to know what’s really going on, and send us passwords of wireless internet connections in the Taksim area (since the 3G has been shut down).

This country is at war

The fact of how slow the news is, such as of the actual numbers of people being killed, is horrifying. (According to the Turkish medical association, one is dead, two are in a critical condition and 1, 485 people are injured in Istanbul - ed). On twitter we read about four dead students at around 8pm; no-one else reports on it. The pictures and the information from friends who are close to Taksim square, which is filled with blood, means it is hard for us to simply stay inside either. At 2am everyone is on the streets in our neighbourhood, clapping and clanging pots and pans, shouting: 'Erdogan resign'. We had not expected that even at that late hour the police would continue with their teargas and compressed water pipes, at the never ending masses of protesters turning up. 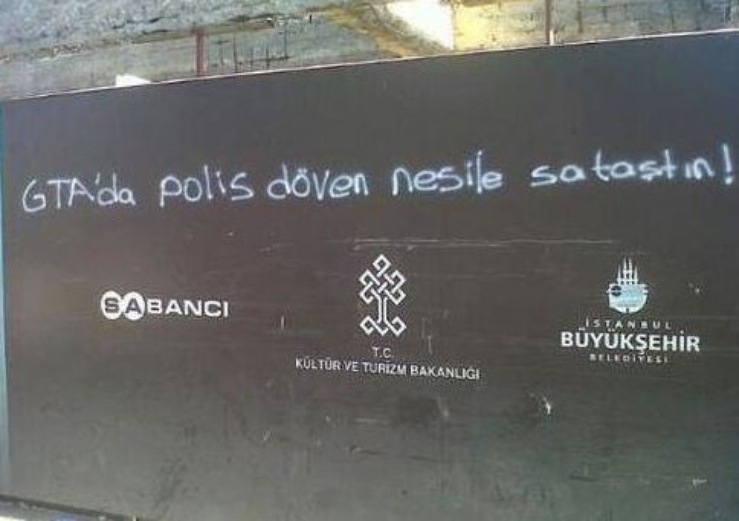 We don’t venture further into Taksim, but we applaud these newcomers. Every citizen inside Turkey should stand up against governmental terror. Every Turkish student who risked his life to get international attention and speak up against has my full respect and support. Four days on, Erdogan has left the country for a tour of North Africa. Gezi park is quieter, but we will wait to see if the streets will be terrorised again tonight. The world should know how human rights are being respected on the streets of Istanbul, Izmir and Ankara.