It seems that the Greek bonds started to rise and their value has risen almost 25%!

Those who didnt terrify by Cassandras predicting bankruptcy bought Greek bonds in half price. Now these bonds seem to recover their credibility. And this is happening only in 5 months!

The markets probably apply the old Greek folk saying:'' Let me burn you John and then smear you with oil''..

After a catastrophology (which was fair in an extent) now they understand the benefits which can be derived from the purchase of Greek bonds.

At the same time I was reading in the newspaper ''TO VIMA''  the interview of Naomi Klein, who is author and activist, describing the IMF as an organization having experienced the''resistance''of the Greeks to the measures proposed, and now trains the Greek people to feel guilty.

I wonder: a people who has built a failed state, which in order to get salary bonuses borrowed on the backs of its children should not feel guilty? A country that produces nothing, and owes 140% of GDP should feel proud of its accomplishments? 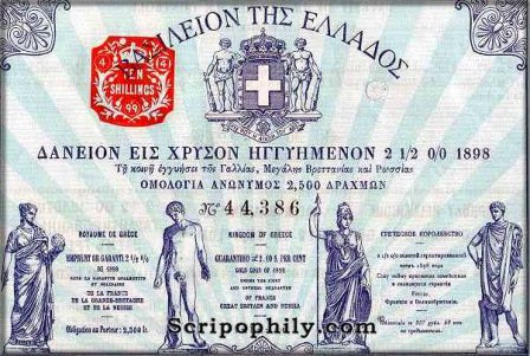 You will tell me that this is fault of politicians who were wasting public money, and made fortunes stealing public money, etc. Ok you are right .. then why these politicians manage to be elected in every election? Who has to be blamed for this? Nobody is to be blamed for the 1.5 million civil servants in a country of 10 million people? It was the Virgin Mary who asked local politicians to appoint people as public servants in order to gain votes?

We Rightly should feel guilty and it is wrong to do ostriches and always looking for others to blame for the shameful situation in which we find ourselves.

I do not support that we should have metaphysical guilties because we failed. But let's diagnose that we have built a failed state, a wrong economy and a distorted political culture. And on the ruins of our design lets decide what kind of Greece we want to build ..