Greece is following Botswana in terms of corruption, falling to the 78th place according to ''International Transparency-Hellas''. Greece together with China, Taiwan and Lesotho share the 78th place and Greece is the last European country among the 25 member states (only Bulgaria and Romania follow).

It seems that the deeper the crisis the greater the corruption is.. 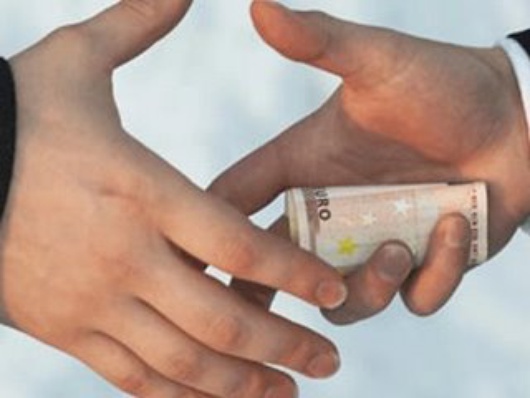 Is corruption within the DNA of the Greeks because of their balkan/ottoman lecagy? Is it a good excuse in not facing the real problem? Is the routhe behind this the aggressive relationship between the State and the citizens? Well its a little of everything. It is certain that this model didnt fail today. It has failed for decades. Simply enough though, the political system continued to following this route of corruption hoping that they will manage to throw the problem to the hands of the governments to follow.

However, the issue is not just make a diagnosis of the problem. We knew it for years. Not because some ''illuminati'' told us, but because we were experiencing it. We could witnessed it in private conversations. Central point in the problem is the function of the State itself. Certainly the Kallikrates program and the e-government are moving toward this direction. But in order for these to function properly what is needed is to change our mentality as citizens.Its about time.