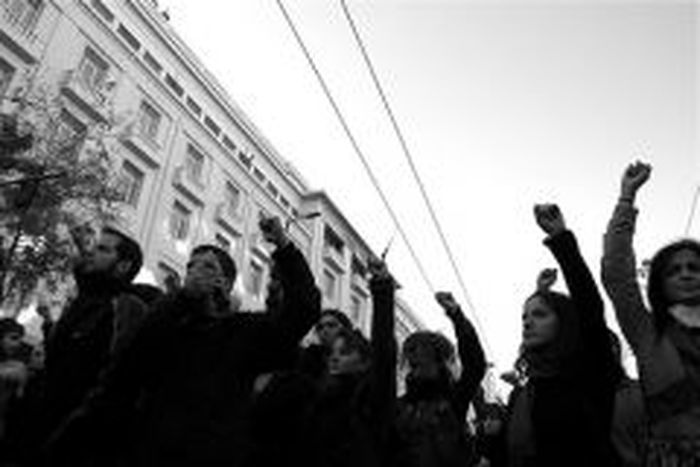 I think it is clear, even to a foreigner, that what is happening these days in Athens remarks that ''en era is about to finish.'' The government of the country, in a desperate effort to proof that...exists, tries to take measures. It is clear from what happened that PM Karamanlis is for the country to escape the crisis. This can be witnessed from the way Karamanlis is taking decisions.

After 2 days of Athens being in flames, Karamanlis asked to see his ministers and the President of the Republic in order to find a way to handle the situation. These measures should have been taken earlier. The assassination of little Alex in Exarcheia was not the cause, it was just the occasion for a whole generation to protest. This generation was shot in Exarcheia... It is this generation, which is the most educated of all which work without insurance and labor rights for only 700 euros. ''This generation has to pay the bill for all the depths of the greek economy.'' I refuse to accept that we stick to the so-called anarchists and we don't face the problem. Day after day, people are getting poorer, the prices are skyrocketing while the wages are the lowest within the EU. At the same time the political system of the country is full of corruption scandals between politicians and companies such as Siemens as well as real estate businesses, between the State and the Vatopedion Monastery... It failed to protect their lives and their properties and because this government attested in the cruelest way, that we miss essential political proposals. So we ask for hope ... a new political approach is demanded. We ask for politicians who will make changes in the state, politicians who is about to implement real social policy. We ask for politicians who end all the bribing and nepotism, who fight those Greeks stealing taxes, those who vote only because of their personal interest. These are not just people. It is our very own nature that we ask to fight. We ask for a leader, who will attack this bad side of us as citizens and as a state... So we ask for hope...

incapable of taking any political initiativeThese 2 days, the political parties of the Parliament weren't capable of making a single statement about what is currently happening in the country.The ruling class of our fathers, who protested against the military junta in 1974 asking for democracy, established a ''prime minister's dictatorship'' in the country. It is this generation, which burnt and continues to burn forests in order to build illegally, which practices corruption and is corrupted and which managed to gain all the labor right for itself. The country demands changes, our society demands changes!This government must resign not because a child was killed. It must resign because it failed to fulfill the demands of its citizens.Furthermore, we want politicians who will be capable to find solutions for those Greeks who suffer from unemployment, poverty ... and believe me, we aren' talking about just one or two. It is a whole nation!

photo by courtesy of Mariana (murplejane/flickr)