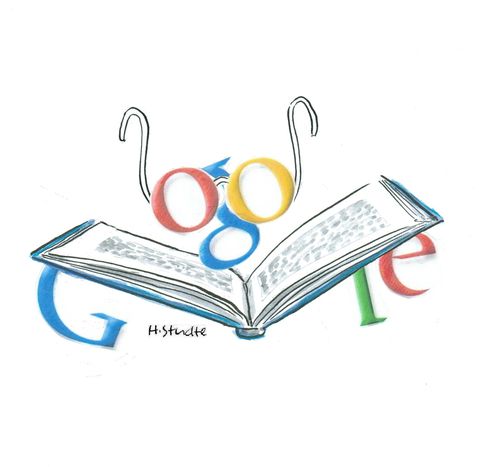 The new online search tool can trace the history of each of the 500 billion words words in google’s 5.2 million scanned books, dating back 500 years. As Europe’s medias select their words of the year, is it time to take a step back from the terms which defined 2010?

Looking back over 2010, the zeitgeist demands that journalists find the word or glossary of the year. Whilst in Britain we debated Gordon Brown and bigotgate and succumbed to Cleggmania, the French were more interested in fellation and Bettencourt, whereas balconing (people falling off balconies) and postzapaterismo (post-Zapateroism) took hold in Spain. If the words of 2010 can be so different to those of 2009, imagine what little resemblance they might have to those of 1809. However, thanks to google’s latest gadget, the Google Books Ngram Viewer, the words of centuries past are open to us. You can now search word usage trends from the compendium of Google Books - that’s 50 million books and around 500 billion words. It may be the latest gimmick to hit the internet, but it’s not often that a gimmick offers so much insight.

There’s no trace of neologisms such as bigotgate or cablegate, but other 21st century buzzwords did make their mark on the pages of the nineteenth century. We write less about Europe now than they did in the 1810s as Napoleon battled the alliance and Goya painted The Disasters of War. Europa re-enters conversation in Germany around 1940, mirrored by the rise of Europe in Britain (where it is now notable for its current downward trend). In fact, the words Europe and war trace the same pattern; three peaks, one for each of the wars that devastated Europe. With the arrival of the European union we can only wonder what word ‘Europe’ will be associated with in the future.

Whilst crisis booms in the French and Spanish vocabularies (and krise rules in Germany), the peak of its usage actually occurred in the nineties. It is only in Britain that crisis is still on the up. It’s the same for British unemployment, German Arbeitslosigkeit and Spanish desempleo; all spiked towards the end of the 1990s before seeing a steady downward trend. Should we question whether our situation is really so much worse than it was fifteen years ago? Another alarmist favourite to have seen its day is deindustrialisation. What was once a synonym of crisis for many Brits now seems to be becoming an archaism. We see the same thing in Germany; had you asked a German to make the link between Arbeitslosigkeit and Deindustrialisierung in 1990 they would have had plenty of source material… In Spain, desindustrialización appears from nowhere in 1980, however it continues to make itself heard today. Coincidently or not, optimismo is still not very popular in Spain, whereas optimism thrives in English. The German, ever prudent, still refrains a little from optimismus.

This article requires a crux; let’s locate it in the end of passion. Whether in English or French, or even the German Leidenschaft, passion has been in decline for the past two centuries. In the 20th century it is only the Spaniard who continues to expound upon pasión. Maybe you could say the Google Books Ngram Viewer reveals a glimpse of the spirit of the people behind the language… but maybe that’s just a pessimistic Frenchman speaking.