Since the financial crisis at the end of the nineties, business and media have gone hand in hand. Monopolising circumstances and media moguls dominate the local market. Politics and economics pay for positive news coverage and those who criticise the system are openly defamed 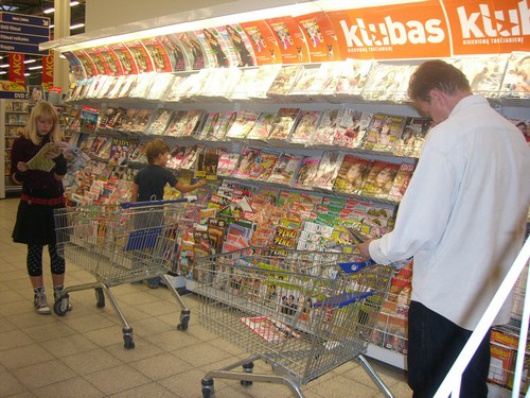 'In this picture I look like Putin,' says Rytis Juozapaviius, pointing to his photo that emblazons the title page of the national tabloid newspaper Respublika. He is sitting in his attic office in the renovated old town of Vilnius, and laughs and seems outraged at the same time. The boss of the Lithuanian branch of Transparency International, the worldwide anti-corruption organisation, knows the tactics of Lithuania’s tabloid press very well.

Press freedom in Lithuania ranks highly on the international stage. The Paris-based 'Reporters without borders' 2007 study placed Lithuania above Great Britain, France and Italy at number 23 (of 169 countries). An upward trend. According to Rytis Juozapaviius, 'Unconventional language is the key word for Lithuanian journalism. Instead of gathering facts, authors simply invent things. There are some newspapers that really brutal. People are afraid to openly criticise them.' Rytis Juozapaviius often comes under fire from the tabloid press. 'They hate me,' he says, and compares the journalists of the respective media with hit men filling their articles with poison, none of whom however, can distract him from his task - 'fortunately the killers they send are no good,' he jokes. 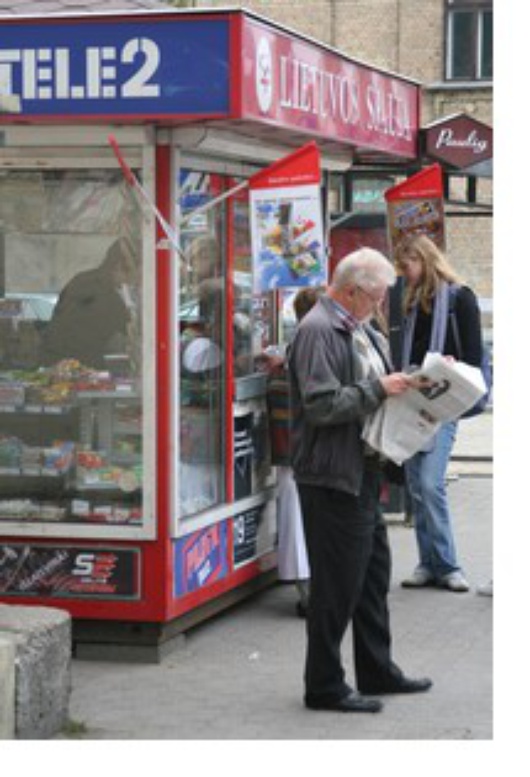 The life of journalists in Lithuania is not threatened, although perhaps their work ethic is. According to the TNS Gallup poll of October 2007, the most-read newspapers in Lithuania are the tabloids Lietvos Rytas, Vakaro Zinios, the free paper 15 Minutes and aforementioned Respublika. Altogether they influence the opinions of 57.9% of Lithuanian readership.

The inner organisational structure of the newspapers is against a variety of opinions, as the editor provides the main opinion. 'All three newspapers have the same interesting peculiarity: there is no divide between owner and editor,' explains Juozapaviius. Vitas Tomkas, the owner of the publications Respublika and Vakaro Zinios, is also editor-in-chief. The investor Gedvydas Vainauskas determines the content of his paper Lietuvos Rytas. Economics and the media go hand in hand in Lithuania.

The media landscape is owned by local businessmen. Apart from international holdings that have invested in the Lithuanian press, Tomkaus and Vainauskas mix politics and the economy. Their large coverage gives them economic power, with which they control the advertising market. 'The tabloid press take every opportunity to undermine the position of the small independent publications. The others they blackmail with so-called 'quasi protection money'. Positive news coverage of businesses has to be bought from the media business with advertising orders.' 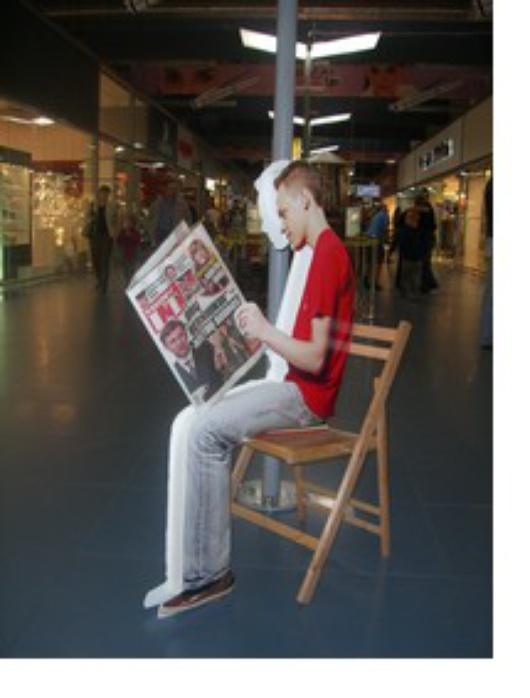 In exchange for money, the opinion makers do not publish negative headlines. Artras Raask, editor-in-chief of the economic section of the news agency 'Baltic News Service', recalls the affair of the poisoned rice from India that was sold in Maxima, Lithuania’s biggest supermarket chain in February of this year. 'BNS reported it many times, but the Lithuanian press did not react.' Raask appears calm, but nothing is explained. The absence of a media reaction does not surprise him: the VP Group, which owns Maxima, has control of the media as a result of advertising money.

A survey published by Transparency International in June 2007 of 500 business people in Lithuania, provided the clear numbers: around 80% of those from different sectors of the economy asked whether they believed that the media is corrupt. A further 35% had an offer to buy advertisement together with the positive information given about them, and 12% already bought such a kind of service.

It’s not just those in business who pay for a perfect image in the press. Politics is also deeply embedded in the business of advertising. 'The government buys space in publications and publishes articles that are written in the ministries,' claims renowned PR expert Artras Jonkus, whilst an eager waiter almost silently serves tea on a glass coffee table in the lobby of a Vilnius hotel. Jonkus was responsible for PR for Yukos in Lithuania up to the dissolution of the Russian oil company. Today he has his own consulting firm. The ministerial texts are not marked as advertisements and according to Jonkus, in the first half of 2007 the ministry of agriculture invested 500,000 litas (about 145,000 euros) in this type of marketing.

Internet: the only hope?

Many independent journalists see the internet as the future for their craft. In a modern office with spectacular views over Vilnius, the editorial staff of delfi.lt, the first and most important online news portal, are busy at work. Editor-in-chief Monika Garbaiauskait explains the advantage of online magazines and blogs opening up new channels of information and the potential to comment on articles allows for the direct exchange of opinions. They are also not dependent on adverts, as only 8% of the yearly 400 million litas (115, 000 euros) go to advertising. Delfi.lt is owned by a foreign investor, the Estonian media group Ekspress, who have no direct influence on the editorial line of the online portal.

In Lithuania critical public is in demand. They have already once before vehemently fought against control of their media. In January 1991, during the peaceful attempt at independence, the Soviet army tried to occupy the television tower in the capital - and failed due to the will of the Lithuanian people.