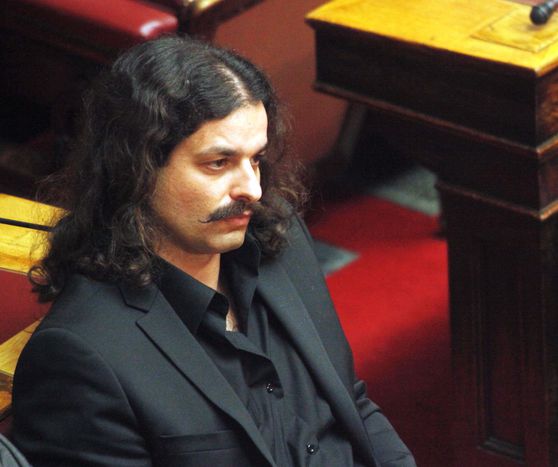 If there is one thing about the MP for Golden Dawn, Kostas Barmbaroussis, which is beyond reproach, it is his bonhomie. Engaged in a risky strategy of 'normalisation' and very much involved in Greek society, this party of the extreme far-right looks to become the third player in Greek politics and perhaps the country’s future

With his fine moustache and long, dark, wavy hair, Kostas Barmbaroussis is something of a D’Artagnan. His speech gives the impression of a valiant knight, ready to leap to the defence of the widowed and the orphaned. 'Democracy no longer exists in today’s Greece. That is, unless you consider democracy to be a handful of politicians in possession of the entire nation’s wealth who steal bread from the mouth of a hungry people'.

Nothing to do with fascism

Kostas Barmbaroussis is 33 years old, a father of three – soon to be four – and an MP for Golden Dawn. He models not only his hair but his entire person on general Georgios Karaiskakis, a military hero of the nineteenth century Greek war of independence. 'I am a Greek nationalist. It has nothing to do with fascism, which is an Italian tradition, just as nazism is German,' he claims.

The history of the party begins in the eighties, when it was founded by the alarmist Nikolaos Michaloliakos, an activist of the far-right. Since then, it has undergone a transformation – from an organisation confined to the extremist, paramilitary sidelines (polling with just 0.3% of votes) to a party proper, gaining 7% of the vote at the legislative elections of June 2012. Today, it is said that 13% of voters plan to back the party. 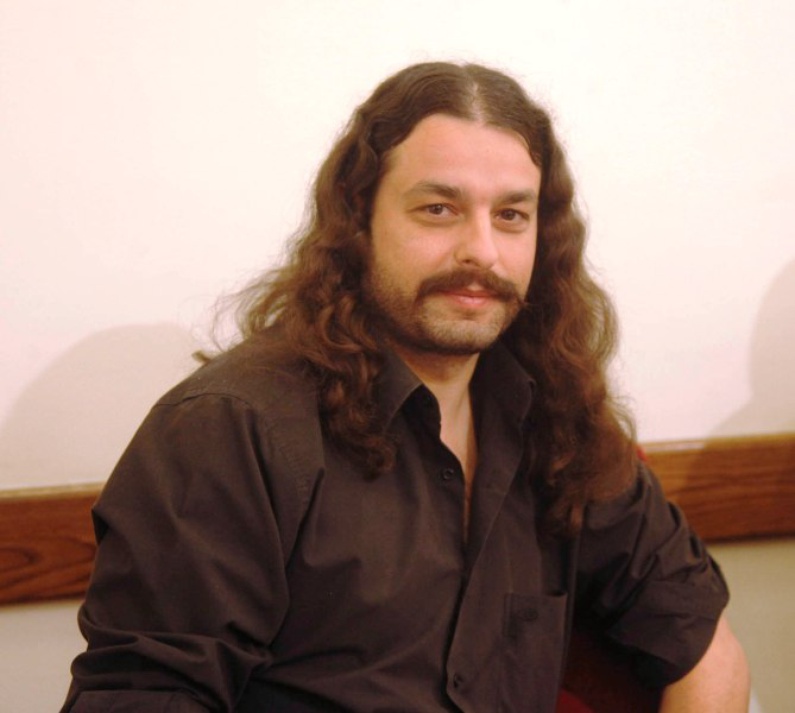 Comfortably reclined on a sofa in a hotel lobby not far from Larissa railway station - the stronghold of Golden Dawn in Athens – Barmbaroussis calmly lights a cigarette. He is certainly not shy of playing the prophet. For him, the crisis in which Greece has been entangled since 2008 was foreseeable. 'Before, the Greeks thought only of their own enjoyment, of earning and spending money without giving a thought to the future. Our decadence reached its peak at the 2004 Olympics'.

With its slogan 'Greece for the Greek', Golden Dawn reels off a rhetoric which is at once xenophobic and sovereigntist, with touches of revisionism. This rhetoric is finding an ever-larger audience among a people sucked dry by successive austerity measures. In a country which has become the filter for sporadic immigration into the EU, a country trapped in a recession with 26% unemployment, foreigners have become society’s scapegoat and the state stands accused of having neglected its duties. First an electrician, then a farmer, then a truck driver, Barmbaroussis – who sits in the Hellenic parliament with seventeen of his 'colleagues' - denounces 'the Greek political classes who have not worked a day in their life'.

Agriculture, satanists and the anti-personnel mine

Dressed head to toe in black, Barmbaroussis has been fighting on behalf of Golden Dawn for a decade. He knows their official line well: 'The distinction between the left, the right and the centre is artificial. There are those that love Greece and then there are the rest'. He himself began his political career putting up posters and handing out leaflets in his home region in western Greece before committing to 'helping the Greeks'. In the manner of a non-governmental organisation, the party undertakes practical work for the people; distributing food and clothes, helping the elderly and providing free medical consultations. The priority of the party is to 're-establish order'; its pillars are 'homeland, religion and family'.

When he is not placing hand on heart, Barmbaroussis fingers his rosary. 'Some try to paint us as satanists who gather in caves and eat children. We have two arms, two legs, we are orthodox christians,' he stresses gently. Simply good Samaritans. A video circulating on the internet shows Barmbaroussis and some Golden Dawn militants barging through a market in the western Greece town of Messolonghi destroying immigrant stalls while yelling racist threats. 'We went on behalf of the traders and knocked over a couple of boxes. Nothing more. It has been exaggerated in the media'.

Physical violence and secretive threats have become commonplace among Golden Dawn’s members who often indulge in violent raids in order to clean up immigrant areas. A Pakistani immigrant was murdered in January 2013. Barmbaroussis smiles faintly. 'Of course, not all of our members behave reasonably. The Greeks are not racist. It is time to draw up a scheme to deal with illegal immigration'. The solution he proposes is to litter of Greece’s Turkish border with mines and to station 'armed police' there.  It is also necessary to reinstate the death penalty for 'assassins' – immigrant or not – who are turning the country into a 'jungle'. Not only are these individuals dangerous, they also 'spread disease'.

The nazis copied us

Golden Dawn is a party whose propaganda and insignia resembles those of national-socialism and is often seen as neo-nazi. 'I would rather say that it was the Germans that copied us,' he says. The swastika is a Greek symbol and the Hitler salute comes from Ancient Rome. It is a part of our cultural heritage'. If Barmbaroussis has nothing against the Germany of the Third Reich, Angela Merkel is certainly a disappointment. Brought up in the former GDR, the German chancellor is very much a 'communist', whose policies 'lack solidarity'. The MP for Golden Dawn speaks no English and advocates a swift exit from the EU and yet he identifies himself as a European. 'Greece is the birthplace of Europe and the revolution will begin in Athens.'

The solution to the debt-crisis extolled by the party is also very simple. 'Stop borrowing from the European central bank, leave the eurozone and return to the drachma,' he says. 'A sovereign country must have its own currency.' National manufacturing must also be revived in his opinion. 'Greece imports far too much. It must become self-sufficient. The population should return to the country, tend the land. We have a lot of resources.' Kostas Barmbaroussis has left agricultural work behind. Since becoming an MP, he has been receiving a parliamentary allowance of between seven and eight thousand euros, half of which he feeds back into the party for the good of the cause. 'We are just normal people. We have nothing to hide.'

Thanks to Elina Makri and cafebabel Athens

This is the second in a series of special monthly city editions on ‘EUtopia on the ground’; watch this space for upcoming reports ‘dreaming of a better Europe’ from Warsaw, Naples, Dublin, Zagreb and Helsinki. This project is funded with support from the European commission via the French ministry of foreign affairs, the Hippocrène foundation and the Charles Léopold Mayer foundation for the progress of humankind