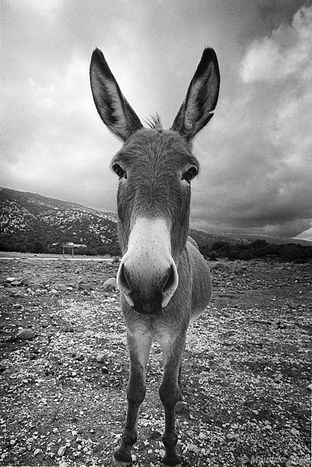 Going on a gap year? Watch out for the taxman

A year away in Sardinia rewarded one French citizen with a tax price tag of over £3, 000. She writes this rant for future gap-yearers: you might live abroad, and still be forced to pay tax at home

Hair blowing in the wind, I set off for an adventure in wonderful Sardinia with my boyfriend, safe in the knowledge that I had read the year abroad guide from cover to cover (missing one page, evidently!). Like all respectable citizens, we informed all the concerned public bodies of our imminent departure, forwarded our mail and discussed the matter with the unemployment agency, who offer three months pay to those that are entitled to it in such situations. We had also obtained a Leonardo grant, which allows for any salaried person under the age of 37 to complete a three month work experience placement with a European business. With the taxman warned in advance, we were ready to go. We even went as far as to get a civil partnership, to ensure that our relationship was recognised in case we ran into any problems while we were there ... well, maybe that wasn’t solely down to practical reasons, but I’m trying to illustrate just how well prepared we were!

Once in Sardinia, both overwhelmed and enchanted, we pretty much lived on octopus and water. The job market on the island is hardly dynamic, especially for recently arrived migrants like me that don’t speak a word of Italian. Unfortunately (or is it actually a good thing?) the concept of borders is no longer understood in Europe; I stockpiled my dole money, crunched my finances and worked freelance for my poor countrymen stuck back in French. A year out, and an amazing break, this is how I will always remember 2008.

Much like voting, for me, paying tax represents the participation in citizen life

I was rudely brought down to earth at the start of 2009 though. I returned to France, and unfortunately for me, it seemed that all good things did come to an end. Hardly had our feet touched French soil and we filled out our tax return – I know, how sweet of us. I’ve always preferred paying my taxes on time; in fact, for some unbeknown reason (most probably some imbalance in my brain) I love paying tax. Much like voting, for me, paying tax represents the participation in citizen life, or something like that anyway; though my boyfriend does not share this love for taxes, nor my love of voting. Back to the matter at hand, between the two of us, we declared the astronomical sum (and I kid you not) of just over 15, 000 euros (£13, 971).

If you live abroad, you are held accountable to the taxman not only where you come from, but in your country of choice as well

This little miracle is all thanks to article 197a of the French tax code. It came into effect in 2006 (to whom do I express my undying gratitude?) The general gist of this marvellous little article is that all those living abroad, this small group of cheats, are held accountable to the taxman not only in France, but in their country of choice as well. This is because they have a high 'global income' (I love the term 'global income', it truly does represent the jet set who go to Sardinia for their holidays). By high income, they mean high tax rate, a minimum of 20%. Without wanting to sound like a bad sport – you really have to search for this information to find it. That’ll teach me to not ask too often how much I’m going to be taxed. In the meantime, I hope the taxman likes octopus ...

How does it work in your country? Add your comments below