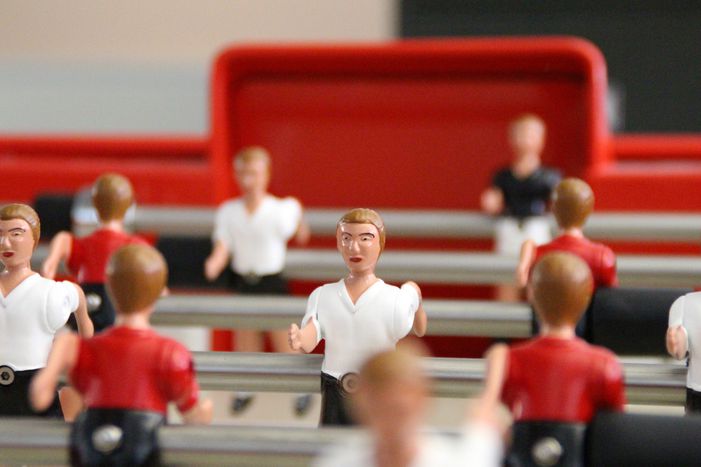 Giving the red card to homophobia in football

Why aren’t there many openly gay footballers in the German Bundesliga? Simple: the sport still has a problem with everything that isn’t heterosexual. Several initiatives, including mine, are fighting back against homophobia to show that being gay and being a footballer aren't mutually exclusive.

Writing for sports magazine 11 Freunde, Nicole Selmer stated that "the topic of homophobia has been addressed on a large scale in the last five to six years.” Reading that, you’d think there’s not much to complain about when it comes to the fight against homophobia in German football. In reality, so much has happened in that time. Ever since Thomas Hitzlsperger publicly came out in January 2014, the door was thrown open for others to follow suit. The former member of the German national team received a lot of support: the former president of the German Football Association, Theo Zwanziger, personally took up the cause of fighting against homophobia. He received, among other things, the Tolerantia prize for his dedication, alongside the activist Tanja Walter-Ahrens and Philipp Lahm.

Fear of coming out

But since then? Not much has happened. The consequences have failed to appear. Zwanziger is now in the past and the German Football Association is more occupied with corruption in its own ranks than the fight against homophobia. Hitzlsperger is out on a limb. Since 2014, no other active professional German footballer has come out as gay or bisexual. For the record, we’re talking about more than 1300 players from the first to the third Bundesliga. Statistically speaking, it’s pretty much impossible that’s there’s not one gay or bisexual player among them.

Many gay athletes fear that they would be harshly judged after coming out in the public eye. Without a doubt homophobia still occurs in the stands, sung in chants and written on banners. On the other hand, the stands also allow LGBT people to come together and find support. There are many homosexual fan clubs, including 30 across Europe which have joined forces and created the “Queer Football Fanclubs” association. 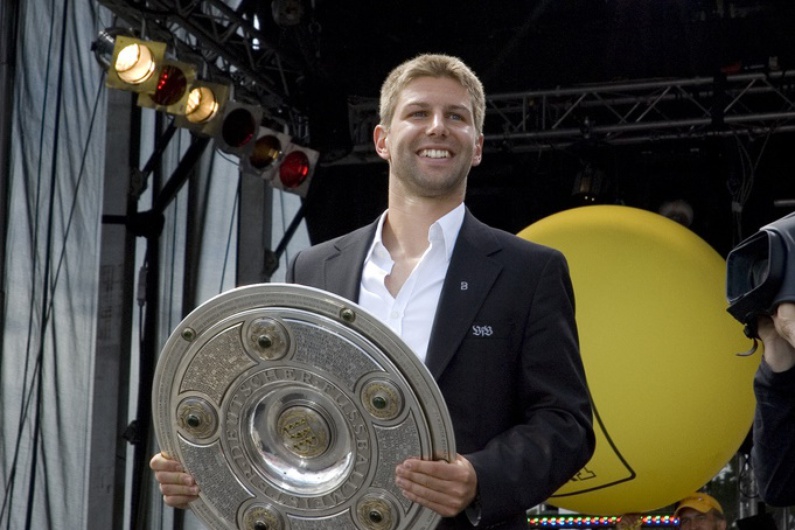 Club managers and potential advertising partners are also a concern for players worried about coming out. The decision-makers are, generally speaking, fairly conservative men. Since no player has openly come out as of late, everything is just speculation. But the fear surrounding coming out dominates the pitch, and no one wants to take the risk and be the first to do it. This means that some professional players have to avoid the public eye, since almost every fan carries a camera phone around with them. The constant pressure not only potentially brings down the performance of the player, but can also make them ill. The journalist Ronny Blaschke impressively describes it in his biography of Marcus Urban, the former East German football player, who came out after the end of his career. Urban sometimes acted out violently to avoid arousing suspicion about him being gay – although this doesn’t speak for his footballing style at all.

Being gay and a footballer? Impossible.

Above all, this constant fear and pressure to conform means that there is a lack of role models for the young players in the amateur division, who themselves are wondering whether they should come out or not, to look up top. For many people, being gay and a footballer at the same time still seems impossible. They feel like they’re faced with a choice: hide away or call it quits. That being said, many LGBT players in men’s football remain invisible. A movement “from below” is needed because of the lack of role models. For example, in 2011 the LSVD Berlin-Brandenburg worked together with the Berlin Football Association and the Magnus Hirschfield Foundation to start the project Fußball für Vielfalt (Football for Diversity). There are also lots of regional initiatives. One of those is an initiative which I cofounded, FeinerFußball, along with the Gerede e.V. - an association in Dresden which supports LGBT rights. Feiner Fußball organises workshops in amateur football associations in East Saxony, in order to create a wider acceptance and sensitivity when dealing with one another.

Yet it’s worth looking beyond the borders of the Federal Republic to the big upcoming events in the football world – particularly the 2018 World Cup being held in Russia. President Vladimir Putin signed the so-called “law against homosexual propaganda” in summer 2013 – but Russia isn’t the only difficult place for sexual minorities to be in since the law came into effect.

Therefore the overall concern is rightly justified; it's likely that in in two years’ time there will be discrimination against gay footballers which may be covered up by government institutions. Currently, FIFA doesn’t have a clear position in this situation – the same goes for the German Football Association – although as the biggest individual sport association they could surely influence the situation a lot. They also have an obligation to allow their fans and players to openly express their identity, so that they're no longer forced to stay on the sidelines.