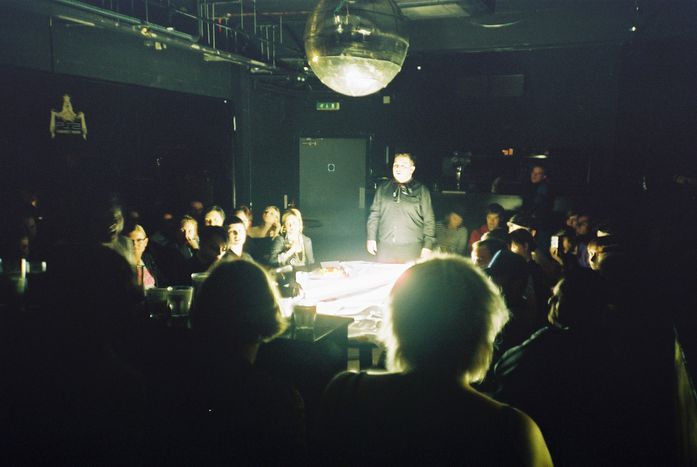 They are paid to write dissertations and theses in the shadows for others. There is a punishment for this in France which is rarely applied. We meet 'Nicolas' in Paris

Nicolas is a student in France, who, like many, has to work to pay his rent and other outgoings. If his lot in life seems a little bland then what he does on the side is not; he’s a university (coursework) ghostwriter. ‘It’s one of those rare intellectual trades which I can get paid for at my age.’ At 24, he doesn’t fancy slaving away as a waiter in a café or flogging ‘threads’. There are many ads for Nicolas’ trade to found on various job websites on the internet. This suggests that his case is not an isolated one. The universities are mute on this subject. Only one of nine universities contacted on this investigation actually replied. The university of Paris VIII said the following: ‘This practice is illegal and we have nothing to say on the subject; if you do wish to take this further do NOT write to the faculty communication services.’ Message received loud and clear. 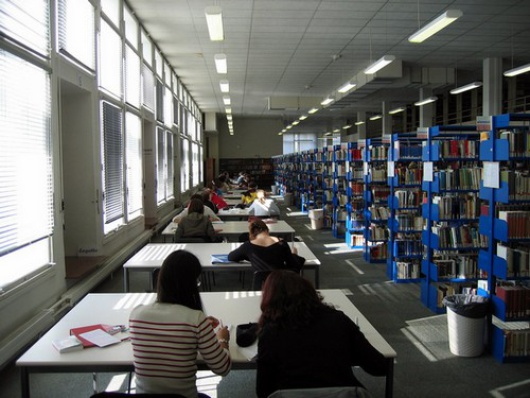 Nicolas himself does not balk at telling the inside story on how he earns his bread and butter. He got to know his employer through a friend of a friend. Hicham comes from the Gulf region; he’s married with two children and is a diplomat in his thirties, but is not rolling in it. When Nicolas claimed 750 euros (£638) a month from Hicham for writing a thesis over a two year period, Hicham said he was incapable of paying such a large sum. They finally agreed on 600 euros (£510) per month; tax-free of course.

If Hicham is prepared to fork out such a large sum for his thesis it is because it is not the first time he has had dealings with Nicolas. The latter has already written two dissertations with marks of 15 or 16 (respectively) out of 20. Hicham has paid out several times; 2, 500 euros (£2, 126) for the first project consisting of 90 pages, and 4, 000 euros (£3, 402) for the second 150 page project. The thesis should be about 500 pages; the cost being 15, 000 euros (£12, 758) over two years. In order to write the dissertations, Nicolas spent fifteen days holed up in his home with five or six books each time, doing six to seven hours of work daily. The topics chosen are quite analytical in order to limit the workload in terms of research. Nicolas looks upon it all with some contempt; ‘The social sciences are all the same; a load of wank.’

Were someone to be looking, it is very easy to see someone else might have written the paper, but no-one does

The moment for Hicham’s proofread has come; it is he who’ll be presenting it in front of the university lecturers after all. This time there is no stand in or someone to prompt him; he needs to be fully up to speed with Nicolas’ work. Nicolas believes that were someone to be looking, it is very easy to see someone else might have written the paper, but no-one does: ‘The dissertation is packed with personal references as required. For example, I quote from Hegel’s ‘reason’ story in the introduction. From there I explain the book to Hicham so that he understands the link.’ Hicham could play on the fact that he is not French, and that he has done a translation or had his text corrected by another student. This can be advised in certain circumstances by a research supervisor. There is no doubt in Nicolas’ mind. ‘The turns of phrase are typically French,’ he points out. ‘It is obvious. Hicham has already been warned about his very convoluted writing style.’

Have the jurors run out of excuses? ‘I already have enough to deal with the plagiarists, nevermind the ghostwriters,’ says one professor among many, who teaches medicine. There are a large number of testimonials on uncovering a loophole in the control system. The professor goes on to explain that some years ago, she had to mark a dissertation so remarkable, that it had to have been plagiarised. ‘I asked if it was or not; he denied it. My colleague and I hesitated over it; we gave him a quite good mark and now he’s doing his thesis at the EHESS (school of advanced social studies, based in different locations around France). I have heard nothing of him since. I still think that if the dissertation was not ghostwritten, he must have plagiarised it entirely.’ The professor refused to have her name mentioned here: ‘I’m not keen on getting into arguments on ethics with my colleagues and students,’ she explains.

Another example of the impotence in terms of control in the university system comes from a university lecturer. He was surprised to meet a student whose level of French was not sufficient enough to hold a simple conversation. ‘His course director assured us that all was well with him, he had produced the work and had the necessary level of French.’ Even at the start of his time at university this student wishes to remain anonymous for fear of being reproached by his peers on this subject.

The confession alarms Michel Boudot; a professor of law at a university in Poitiers. ‘Evidently you could write a dissertation on behalf of someone else without me noticing it.’ ‘Rightly or wrongly we do not usually ask,’ adds Hubert Peres, a professor of political science at the faculty of law in Montpellier.

What are these university qualifications actually worth? Hicham wants to rise to the rank of a PhD in international relations in order ‘to get the upper hand on his rivals’, which he confides in Nicolas during one of their meetings. Hicham envisages returning back to his home country to lecture on the subject. The circle of deception is then complete.

Worth screwing up your career?

A student caught in the process of cheating risks being banned from all texts and examinations for five years. This punishment covers several bases from the plagiarist through to the ghostwriter, but it is only applied rarely. There are no statistics available on this subject either. Among the numerous students asked about this topic, none of them had seen any action being taken. Without any means of reliable control, students who do not own up and punishments which are not applied - it all leads to wrongdoing.

It goes without saying that Nicolas dreads getting pinched. That is why our ‘ghostwriter’ has requested we use a pseudonym. There is no denying that the risks remain minimal. For Nicolas, the main problem is that he is forced to remain tucked away in the shadows; he is denied any recognition. Also, after three years of research he has built up solid foundations in the field of study. ‘I never paid much attention at first, but when I saw the marks received I must admit I was very frustrated; especially because at the time I was not doing very well in my own studies.’ To fill the void, Nicolas tells his tale to anyone who wants to listen; a tale to get admiration from his friends and in the hope of getting it from his peers too. ‘I put on my CV that I did some academic work on behalf of an embassy. If Hicham knew he would not be happy.’