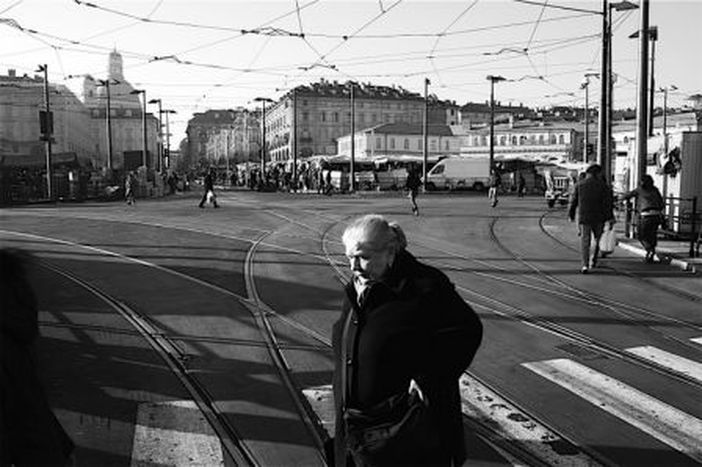 Getting old in the old continent

By Cristina Mariani Photo: Davide Martinotti Discussions about our future, our pensions and our retirement age (that's me and you, by the way) have been increasingly brought up by our politicians in the past three days.

Especially in Italy, where Berlusconi - Northern League coalition have been fighting - despite their coalition - to reach an agreement for a clear-cut and effective development plan to present at today's eurozone summit in Brussels.

I am in the age when parents are going to retire and are ready to live their second life, their second chance to feel young again. They subscribe to the gym, they buy a season ticket for the theatre, they plan their vacations, being free to enjoy their time off from looking after their grown-up kids.

I look at them and I wonder how my retirement will look like. I don’t mind having to work until I am close to my 70s as long as I can count on a stable job, on a solid economy and on a retirement scheme that ensure predictability and certainty of my future pension.

The European Commission is working to create at EU level a pension framework in an holistic manner. The Green Paper published last year was a first step towards the creation of such a framework where the Member States are in any case primarily responsible for the organisation of their pension system. The White Paper on which the European Commission is working has its main purpose to determine how the EU can best support Member States in ensuring that the pension systems they provide for their citizens are adequate, sustainable and safe now and in the future.

We all want that.

In Italy, the Northern League’s opposition to the reform of the “complex and outdated” pension plan – as defined by the Telegraph – has even lead to a real fight in the Parliament today. The League has strongly maintained its position against the raise of the retirement age to 67 years-old, arguing that pensions cannot be used to “make cash” to cover the deficit of Rome State. The reason being that the majority of the Italian working population that would be affected by the old-age pensions have their residence in the North of Italy, and about the 25% specifically in the Region of Lombardia, the Northern League headquarters.

Yesterday, however, after long hours of discussion, the leader of the Northern League, Mr. Bossi, finally agreed on a gradual raise of the retirement age thus giving the green light to President Berlusconi to include in his letter to the European Union the possibility to foresee the alignment with the other EU Member States on a retirement age fixed at 67 years-old applicable for both men and women by 2026. Nevertheless, Mr. Bossi maintained his steady opposition to provide for any change to the current Italian retirement pension scheme (i.e. pensioni di anzianità), which requires the achievement of a certain threshold given by the retirement age plus a certain amount years of contributions to get the retirement pension. A uniqueness among the pension schemes across the EU.

The letter sent by the Italian Government to the European Union justifies the partial reform of the pension system by referring to the need of keeping the latter updated in line with the constant increase of life expectation. In other words, my generation is feeling young at least also for the next decade and hopefully enough confident and happy to believe that all life is still in front of us, with the idea of living a second youth when we will retire. At 67 years old.