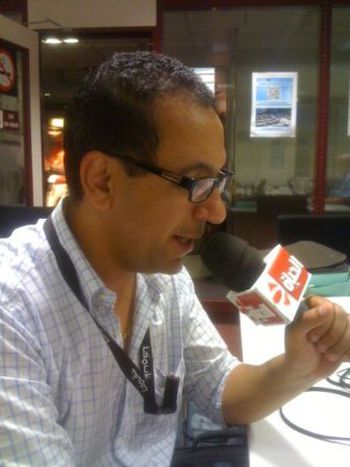 Getting distracted: Babel chats to Arab journos at the summit

By Cristina Mariani While all eyes were on the European Cup match and all ears were listening to the press conference given, unexpectedly, by President Van Rompuy and President Barroso at 11pm, Cafebabel was having an interesting discussion with two journalists from the Arab press about democracy and the EU's relations with the Arab world.

It's true that the EU's political, economic and sportive components were at stake tonight, but Cafebabel wanted to know more about the recent election in Egypt and the Arab world.

Hicham Mouhtadir and Magdy Youssef are two journalists based in Brussels for many years. They know well how the EU institutions work and how EU politicians think. The problem, they said, is that Europeans don’t and maybe will never deeply understand the Arab world.

Magdy Youssef, a passionate supporter of the Italian football team, clearly explained that the main reason derives from the fact that Europeans are of the opinion that the principle of democracy should be applied everywhere to everyone in the same way. But this is not the case for Egypt, where the people believe that democracy is simply going to vote and electing a new government. This is only the first step of the democratic process, which means respect for freedom and for the minority. Something that it is not taken for granted in Egypt.

Youssef is really in love with his country. However, he wants Europe to show responsibility and to give a clear message to Egypt. Only if the country can commit to respect democracy will the EU establish contacts and a friendly relationship with them. A strong statement is what this Egyptian journalist believes is necessary with the newly elected regime, where he fears the mixture of religion and politics will not bring any benefit to Egypt. 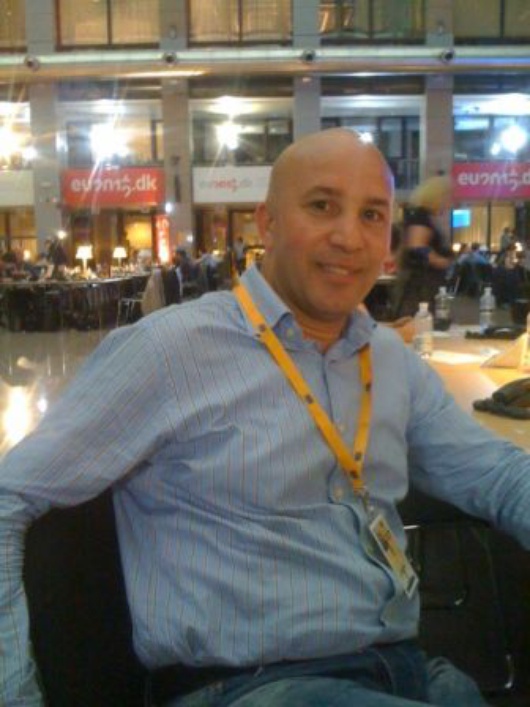 Of a different view is Hicham Mouhtadir, who was supporting Germany tonight. He thinks that a new era for Egypt has started with the Muslim brotherhood, although he fears that their political programme will be hindered.

He also shares the view that Europeans do not know much about the Arab world, but maybe because in a way they are afraid of it, as always happens when people do not know things. Building confidence and trust is the key. Conversely, people in Tunisia and Morocco for example are very much interested in what is happening in Europe. They do care about the EU.

Hicham was not surprised that the recent elections in Egypt were not included on the summit agenda. The EU has to solve its crisis first, he said. But he was sure that this is a topic that will be discussed in the next few days.

In the meantime, the match was over, President Van Rompuy updated on the state of play of the negotiations and the bar closed. Time to go to bed and wait for the opening of the stock markets in light of the announcement of the conclusions on the “Compact for growth and jobs”.