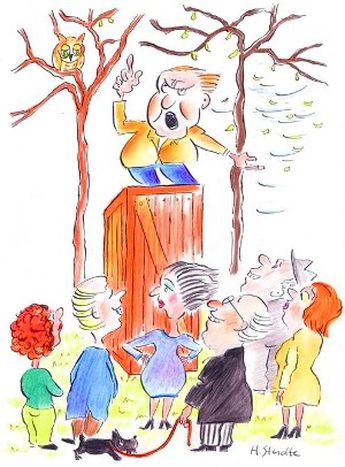 Get up on one’s soapbox

Meaning to preach about something in a somewhat self-absorbed way, this quintessentially English turn of phrase has the connotation that those hearing what is being said would rather not listen to it. The phrase comes from Hyde Park’s ‘Speaker’s Corner’ and the days before individual packaging. Like tea, soap was transported in bulk and needed protecting. Thus, it was delivered in wooden boxes which were sturdy enough to take the weight of the contents – or of a person who wished to elevate themselves above the assembled crowd and help their voice carry over the rabble. But how can something so English be translated? A German friend of mine tried “getting on her orange box”, when should have tried “being a lay preacher”, my Slovak friend on the other hand “rambles into the wind”.