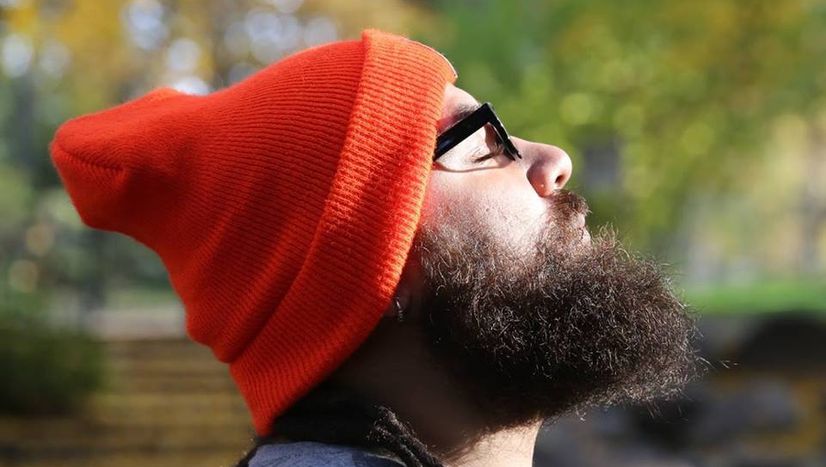 His video "Who are these Germans?" has been viewed more than 600,000 times. In his small office in Friedrichshain, the Syrian refugee and Youtuber – who has lived in Berlin for two-and-a-half years – talks to us about his past in Syria, his new Youtube channel "Zukar" and his relationship with "these Germans".

cafébabel: Firas, your first Youtube video was a raging success. What do you think made it so successful?

Firas Alshater: It was completely unexpected... and quite exhausting! I barely had time to find loo breaks! But I think that the topic is very relevant, and Germans showed that they were interested in hearing from a different perspective. I wanted to explain to the German people what it is like to be a refugee in the country.

cafébabel: In your videos, you show – using humour – some of the different reactions that refugees have been met with in Germany. Do you consider yourself an activist standing up for a particular point of view?

Firas Alshater: Everyone should have an opinion on the refugee crisis. In my own opinion, it doesn’t have anything to do with politics, rather with common sense. I felt the same way when I was in Syria: my interest in politics was sparked by the onset of the revolution, but really I was interested in fighting against a tyrannical dictator.

cafébabel: Do you think that humour is a form of resistance?

Firas Alshater: A form of resistance… I don’t think so. Humour makes it easier to touch people's hearts. That is what I want to do.

cafébabel: Were there responses to the video attacking you because you're a refugee?

Firas Alshater: An overwhelming majority of responses to the videos were positive. But there are always people who don’t understand the concept of humour. For example, there was one Facebook comment in which someone said: "You and your Salafist beard want to take Germany away from us. Stay in your own country!" But I didn’t take it to heart. How exactly would I be able to take over Germany? I find the comment about the Salafist beard pretty funny – what does that mean for all these Berlin hipsters?

cafébabel: Do you feel welcome as a refugee in Germany?

Firas Alshater: During the first year and a half, I didn’t hear a single racist comment – I was certainly lucky. Since then, I have encountered racism a little more often, but it's still limited. In spite of such comments I still have the freedom here to be able to do as I please. 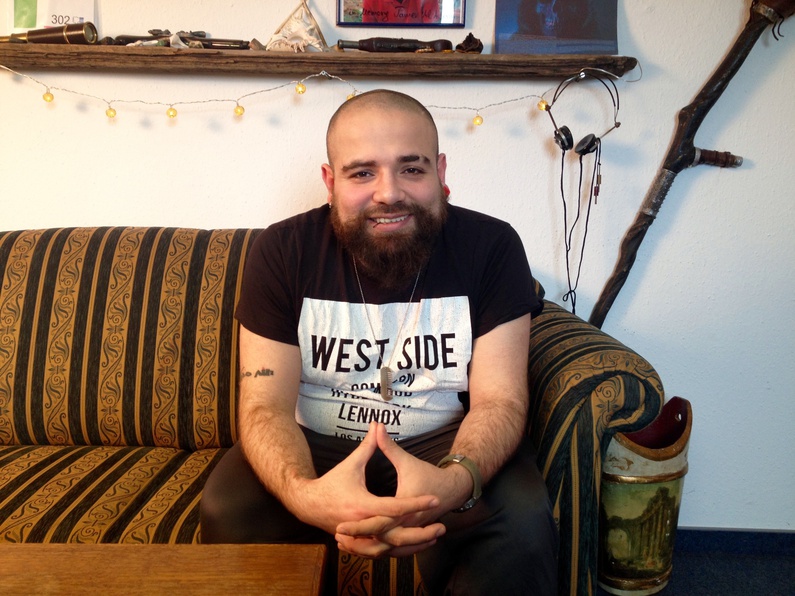 cafébabel: In Syria, you were in prison under Bashar al-Assad because you filmed some protests.

Firas Alshater: In Syria, you need only to be against Assad to be arrested – you don’t need to film anything. The conditions in prison are terrible. Between four and five people die a day. You are forced to watch, powerless to do anything to help. Children don't receive the food that they need. Most are tortured and die following a slow death from their injuries. Currently there are countless innocent people locked up in Assad's prisons. They are officially classified as "missing". On the Internet, there is evidence of the atrocities committed against Syrians by the regime. In spite of this, nothing is done to try to defeat Assad. Many former high-ranking officials in Assad's army are today refugees in Germany. We mustn't forget that.

cafébabel: In terms of the situation in Germany, do you agree that "we have coped"?

Firas Alshater: I think so... but we mustn’t delude ourselves. Germany can’t accept everyone. Many refugees are also unable to handle their newfound freedom. For many, the culture shock is too overwhelming: drunken people in the streets, homosexuality, and perceptions of women are also very different. Coming from a small village in Syria, you would never have seen a woman without a headscarf. It takes time to adapt to the new culture. Often, expectations are too great and reality isn’t quite as wonderful as you had imagined it would be. And most importantly – one mustn’t forget – being a refugee is not the kind of dream you had as a young boy.

cafébabel: What was the most difficult German word for you?

You can find all of Firas Alshater’s videos here on his Youtube channel.