After the longest coalition discussions for any government since World War Two, Germany finally have a new government with the same Chancellor. So what exactly is the nature of Germany's new coalition government?

After the positive vote by members of the SPD, the CDU/CSU and Social Democrats presented the new cabinet in Berlin on Sunday. They plan to sign the coalition contract today. Angela Merkel has a firm grip on the reins of power and will continue to push through her austerity dictates, some commentators write. Others believe SPD leader Sigmar Gabriel will stand up to the chancellor.

KURIER: GABRIEL WILL GIVE MERKEL A HARD TIME

The leader of the social democratic SPD Sigmar Gabriel has emerged strengthened from the vote among his party's members and will make things difficult for Angela Merkel, the liberal daily Kurier predicts: "The members' unexpectedly clear yes to the coalition effectively makes Gabriel the winner after all. The party chief has managed to weaken the obduracy of his on average 60-year-old party colleagues, who even in the times when the goal was to reduce debt wanted to govern like when Willy Brandt was in charge - with new debt helping to fulfil almost everyone's wishes. ... The chancellor now has a stronger Gabriel at her side, who will therefore be more awkward to deal with than the leftovers from Gerhard Schröder's reform-oriented SPD in the first grand coalition. Gabriel wants to keep moving away from that - back to the left. For him, this government is just a springboard to a change of government and the realisation of his own goal to be chancellor. The hurdles to the success and durability of Merkel III are now higher." (16/12/2013)

EL PAÍS: AN END TO EXCESSIVE AUSTERITY IN SIGHT

The new German government will back down on the 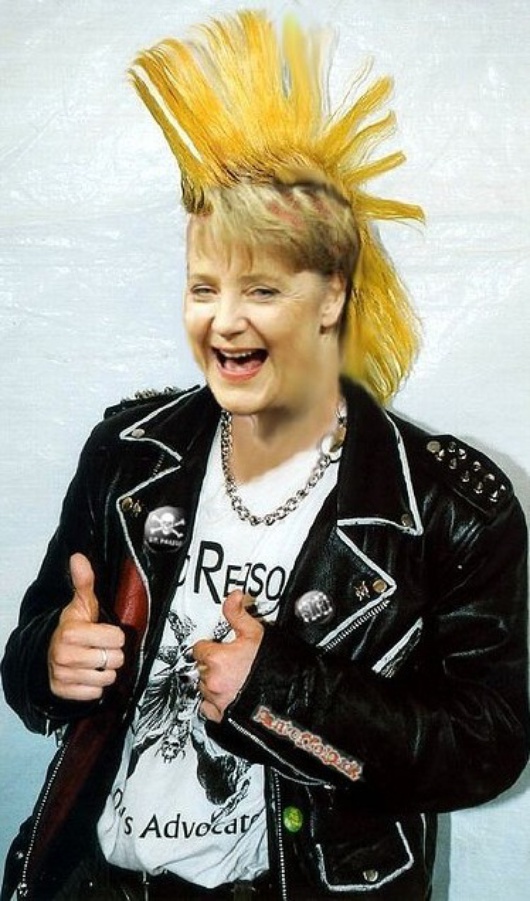 austerity policy, the left-liberal daily El País hopes: "Everything indicates that the era of excessive austerity is coming to an end. ... The introduction (albeit gradual) of aminimum wage that is triple that in Spain compensates for some of the disproportionate sacrifices social democrat Gerhard Schröder demanded from employees a decade ago. And the flexible retirement age stands in contrast to what had been demanded so far of the economically weaker states. Consequently we can expect the pressure to balance national budgets and cut social benefits to be reduced. The rigorous frugality has probably come to an end, to be replaced by an era of balanced and well-judged modesty." (16/12/2013)

Berlin's European policy won't change with the new government - and that's a good thing too, the liberal daily Corriere del Ticino comments: "Perhaps there are governments in the Eurozone that believe that with the new grand coalition government in Berlin, they can postpone measures for reducing the undeniably excessive sovereign debts indefinitely. But they should think again. Merkel won't deviate from the course that fixing the budgets is the prerequisite for new and more solid economic growth. And this will benefit the common currency, which without Berlin's approach would suffer a new crisis. This course also works to Switzerland's advantage, whose main trading partner is Germany and which in the event of a new euro crisis would face further devaluation of the franc - with all the negative repercussions this entails for the country's exports and economy." (16/12/2013)

The opposition Left Party has offered a new political home to SPD members who voted against the coalition agreement with the conservative CDU/CSU. The SPD is in for a protracted struggle for voters on the left, the conservative daily Lidové noviny comments: "The SPD only stands to lose in the coalition with the conservatives. It's understandable that the Left Party senses that its chance has come. Above all in eastern Germany it would be painful for the Social Democrats to lose their role as the most standard-bearer of leftist ideas. Until now cooperation with the post-communists has been taboo for the SPD on the federal level. With the Godesberg Programme it bid farewell to Marxist ideas as early as 1959. Recently, however, it has begun to rethink its relationship to the Left Party. Even if the Social Democrats have decided to side with the conservatives for the next four years, things may look very different after the elections in 2017." (16/12/2013)