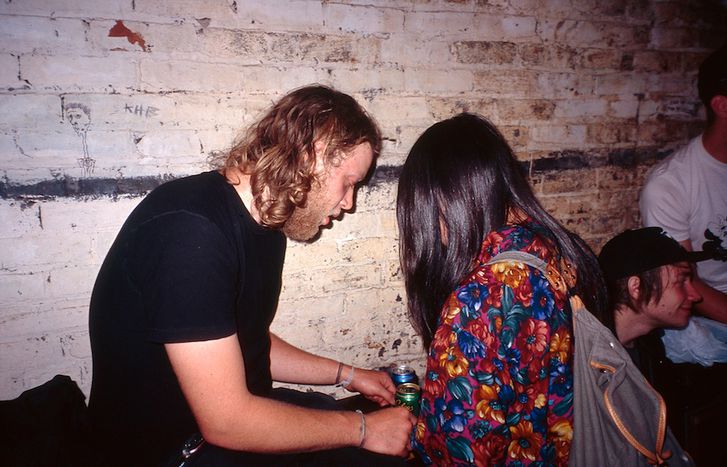 Germany is teaching refugees how to flirt

Horst Wenzel is a 27-year-old "flirt coach" from Cologne. He founded the Flirt University in 2012, and gives tutoring in anything and everything to do with flirting; not only to bankers and orthopaedists, but now also to refugees. Internet hate is a thorn in the side of the project, however.

You have received a huge amount of media attention because of your flirting course for refugees. How did the idea come about?

I was asked by the Workers’ Welfare Association (AWO) in Essen to adapt my tutoring to the interests of the refugees. At first, I thought: "Man, that’s a funny idea!" Right now I’m getting all sorts of challenges coming in: a roofer might put a roof on a refugee home, and I can also help with that on a voluntary basis.

How did you prepare yourself for the intercultural coaching?

The big challenge was the language barrier. It was a multilingual workshop. First I gave a talk, and then we had a group discussion. I spoke in German, English, and with my hands – and everything was also translated into Arabic and Farsi.

Which topics aroused the most interest?

There isn’t really one particular topic which grabs everyone's attention. Many roads lead to Rome. Because of this, their questions were actually the most interesting part: at what point are you officially "together" in Germany? When do you have sex for the first time? If I like a woman, should I tell her? It also has lots to do with how the refugees feel in Germany. I’ve instead laid the focus on how to successfully build a social circle, or how to first find a close German – platonic – friend. It’s important to establish a social life, first and foremost.

And how can someone really get started with that?

As an example, I’ve suggested three online dating apps which are especially well-suited to those whose language skills are still quite limited. For instance: NOW! is an app where you can say "I want to go and smoke shisha with somebody now," and it then matches you with someone, so you don’t need to write that much, and it results in immediate, real-life meetings. Another app was Whisper, which works via voicemails; good for improving your language skills and pronunciation. The third app is Once, where you also get matches, but high-quality conversation too.

Do refugees really need to know rules for flirting in Germany?

There were, in fact, very charming young men sitting in front of me, who have all of the  know-how to woo German women. Having said that, not everyone has had that much experience with romance back in Syria. I had a few sitting there who were absolute beginners and who hadn’t yet been in a relationship. I certainly see the need there. Then there was also the keyword "assault" where we discussed the boundaries of bodily contact. I explained a lot of body language, and how you can recognise whether or not somebody is interested. That drew a lot of interest.

Many refugees stay in their own groups and only deal with other foreigners; one said that he had only gotten to know Moroccans. Germans had had their reservations. Cologne was also a topic. Someone said that, since then, he no longer trusts people properly: "since the New Year, I no longer feel that I can celebrate openly and freely here in Germany - because I’m under general suspicion." And to that I said: "what happened there during the New Year was a cowardly crime." But they feel guilty about it, and have also experienced a lot of hate and racism since then.

Why are your coaching sessions under police protection?

Because I have previously had death threats. I’ve really come to see the ugly face of racism in Germany. Anonymous people on Facebook – the kind of people who like right-wing parties like Alternative for Germany (AfD) and Pegida – write: "the Muslims don’t just take our jobs; they take our women." It's such a disgusting and petty mentality. There were also people who wrote: "a must-attend event for all German comrades – he’ll get a national declaration of love." I had a very bad feeling on the day, and under no circumstances did I want to put the course participants in danger. For protection, I brought along my favourite doorman from Cologne. We had the highest level of security, but fortunately they wound up having nothing to do on the day; there were no incidents. Nevertheless, I won’t be announcing dates and locations of events online anymore.

Integration is a two-way process: can we not learn something from these refugees when it comes from flirting?

Certainly, yes. There is, however, less time for that, given the multitude of languages. But these refugees are primarily learning to live in a German context. In comparison to the rest of Europe, the Germans definitely have a lot of catching up to do. The perception across Europe is that the average German only laughs in private and is unbelievably shy. We’re rumoured to still have our spiked Prussian helmets on, or at least in our minds. But we’re currently changing that – soon, we’ll be flirting as freely as the French do.