Germans vs..Germany for the Distomo massacre

Very few people in Germany know the Distomo working group which is seated in Hamburg. They dont have big access in the media-''only some times journalists consult us, but rarely refer to the group," says Lars Reisman, one of the founding members of the group. But what are these people doing? Are they Germans vs..Germany? And what is this Distomo case?

is a town in Greece, where in June 1944, one of the most cruel massacres took place. It was one of the largest massacres of civilians during the Second World War, with 218 deaths, among them 53 children.

All these years, Germany is trying to avoid paying the victim, which is the reason for the creation of this left-wing Working group, who are trying to represent the victims in the German courts.  Without the leaders of the Group, such as the lawyers   and  the vindication of the martyred town would not make even one step in recent years in Germany. 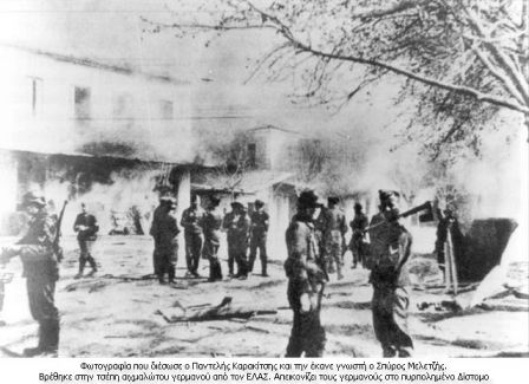 They have developed a complete dossier on the subject, in order to systematically inform politicians and the media. Furthermore, they have organised series of lectures and demonstrations each year all over Germany.  Their presence is much bigger than their coverage by the media. However, this year probably they will become a headline in the news. The Greek government's decision to intervene on the issue at the Hague International Court and the decision which will be taken.The trial is known to be made after application of Berlin, which seeks to annul a decision of the Supreme Constitutional Court in Italy which has recognized as enforceable a decision of the Greek Supreme Court in 2000 for compensation. Despite the pressures by Berlin, if a decision will be in favor of the victims this means..lot of cash: only the residents of Distomo will be entitled to receive around 50 million euros."If you follow the suit and thousands of other beneficiaries in Greece and other Nazis from occupied countries, the sum will amount to several billion euros," says Ms..During the 1960's West Germany paid Greece 115 million marks in restitution. However, this sum cannot be compared with 50 billion euros (today figures) which Germany has to pay Greece for restitution according to the Paris Treaty. Germany was given an extra time until the reunification of Germany when the payment could be postponed. The thing is though, that it is already 11 years from 1990..Take a look at the website for more information For more information on the issue click here