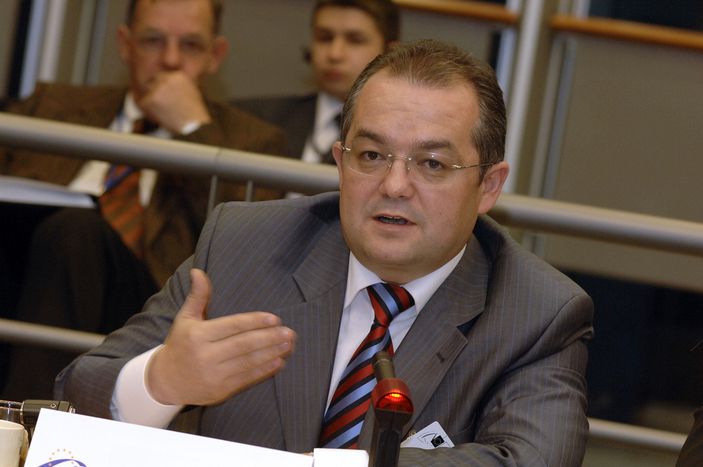 Romania needs an independent technocrat, but he will have his work cut out for him dealing with the intrigues of the opposition, commentators write

The resignation of the Boc government was overdue, the German left-liberal daily writes, and hopes that an independent technocrat will put the country back on track: ‘The healthcare reform is a failure, the judicial reform leaves much to be desired and ailing state enterprises are still running up huge losses. The crux of the problem is the political system. Unfortunately it needs more time to renew itself than the country has at its disposal. None of the big parties, neither the ruling conservatives nor the allied opposition social democrats or liberals, have the whereabouts to offer a new start. No leading politician stands above the hue and cry and the petty scrambling for influence, posts and money. Just like in Greece, clientelist structures and egoistic party cadres are paralysing the country. For that reason the best thing would be for an independent technocrat to take over the helm - and finally change the course’

More from the Süddeutsche Zeitung online

‘You can ride and drown on wave of dissatisfaction’ – Biziday, Romania

After the resignation of prime minister Emil Boc, the process of forming a government under Mihai Răzvan Ungureanu, the prime minister appointed on 6 February, is already in full swing. His cabinet has yet to be confirmed by parliament, however the opposition is calling for fresh elections despite the fact that regular parliamentary elections are already slated for autumn. The opposition overestimates its powers, writes the Romanian blog portal: "They plan to reject the new cabinet, but forget that the Romanians don't want them but someone else to lead the country. Ponta and Antonescu [the leaders of the major opposition parties PSD and PNL] are taking a big risk. They will be held responsible for the political instability that is already making itself felt. Ungureanu will presumably fail to win the first vote in parliament. But in the second vote, just when the opposition leaders think the fresh elections they so much want are right around the corner, they will suffer a bitter political defeat because they lack a majority. Because just as you can ride on the wave of dissatisfaction, you can also drown in it’ (Guran Moise)

As long as Romania's elites continue to enrich themselves at the expense of the community, austerity programmes will be the downfall of governments, writes the Swiss liberal-conservative daily: ‘It's clear to most people that cuts must be made. The question is only how and where. In Romania as in Greece, many people have the feeling that above all those who already have very little will be squeezed of all they have to get the country back on track, while the politicians continue to lap away at the state trough. But unlike in Greece, where experiments in downsizing the bloated state sector have become stuck in the quagmire of bureaucracy, the Boc government has introduced structural reforms. Extensive lay-offs were carried out in the state apparatus and public sector salaries were cut. The first positive results have been registered, even if until now they have been reflected more in economic parameters than in real life’ (Cyrill Stieger)

While the Romanian government has resigned amidst massive protests against its austerity programme the Polish government is firmly in the saddle, writes political scientist Rafał Chwedoruk in the Polish liberal daily: ‘There is no threat of a major revolution here even if the trade unions have already announced protests. I expect only the workers' representatives will participate. The plans to raise the retirement age will be at the centre of the dispute. But studies have shown that the Poles have the same attitude to the extension of their working lives as they have to the planned privatisation of the healthcare system. So I don't believe there will be major political upheaval. A return of the [national-conservative opposition party] PiS to power is therefore highly unlikely because for many people this party is simply not an option’