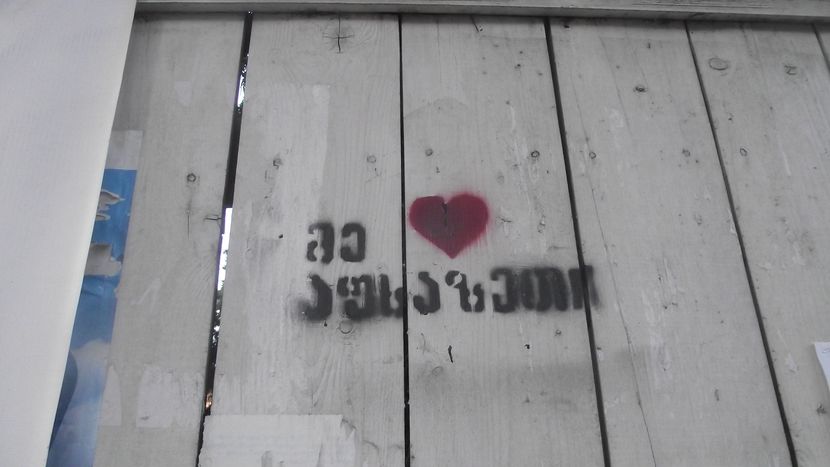 As politicians strive to master the game of realpolitik, festering feelings of collective injustice remain unaddressed on all sides of the borders.

Last week, the U.S government made a statement expressing its “concern” about the demarcation of the Abkhazian and South Ossetian borders, highlighting its anxiety about the obstacles faced by the populations living along the border areas. The statement was in response to the growing preoccupation of the government in Tbilisi over what the ‘borderisation’ of Abkhazia and South Ossetia means for the region’s future. While it is doubtful that the statement will alter the facts on the ground, it is noteworthy that the human impact of the border dispute was mentioned at all. Throughout the past twenty years, experts have debated the different strategies for resolving the disagreement over Georgia’s de facto independent republics. However, amidst the Security Council resolutions and high-level negotiations, the voices of those living the frozen conflict have somehow been drowned out.

As politicians strive to master the game of realpolitik, festering feelings of collective injustice remain unaddressed on all sides of the borders. As I sat outside of one of Tbilisi’s many cafés on a cool autumn evening, the conversation inevitably turned to Abkhazia. “I love Abkhazia, it is my dream, I have a house there, although I’ve never been”, a young girl informed me excitedly. Her words stuck in my mind. At the ripe old age of 22, this girl was far too young to remember the war in Abkhazia 20 years prior, yet she could recount the hardships faced by her parents as if they were her own. For many young Georgians who have never visited Abkhazia, the territory is revered as a mythical land of beauty torn from its mother’s breast by a tyrannous neighbor.

This “exotic” region, known to Georgians as one of the most beautiful parts of the country, is a difficult place for ordinary Georgians to visit. Travelling in disputed territories can certainly have its logistical setbacks, and multiple documents are often a requirement for those living nearby. The Georgian government considers Abkhazia an autonomous republic within Georgia, while the Abkhazians remain steadfast in asserting their independence as a state. After the armed conflict between Georgia and Russia in 2008, Russia formally recognized the independence of Abkhazia and South Ossetia. So far, only Nicaragua, Nauru, Venezuela, and Tuvalu have joined Russia in this recognition, a fact that the autonomous Abkhaz government blames western governments for. Russians and Abkhazians both accuse the U.S and many EU countries of hypocrisy for having recognized Kosovo’s unilateral declaration of independence from Serbia while refusing to recognize Abkhazia and South Ossetia. Despite the complaints, however, the Georgian government’s pro-Western stance and good diplomatic ties continue to ensure a lack of international support for separatist regions within the country.

The Personal & the Political

While it would be simplistic to claim that the only useful tool for conflict resolution is education that promotes mutual understanding and communication, the potential impact of these types of activities has been grossly underestimated in the Georgian context. Politicians are too eager to forget that political outcomes are often the products of emotions. The unique personalities that grace the political playing field, together with their competing ideologies and worldviews, have far more influence in determining the outcome of a conflict than many care to recognize. By ignoring the human and psychological side of a conflict after the killing has ended, we set the stage for continuous dissatisfaction on both sides. It is not enough to let generations pass in order for wounds to heal, for as we have seen in the former Yugoslavia, it does not take much for the wounds of past generations to be re-opened and for the memories of past traumas to be manipulated for political and economic gain. Before international recognition can be obtained and the international monitoring missions can go home, politicians on both sides need to confront the collective grief, mourning and outrage that their populations are still experiencing.

For many Georgians, the war in Abkhazia is still very much a part of their reality. An estimated 25,000 people died in the conflict, and 300,000 people were forced to flee from Abkhazia because they were not ethnic Abkhaz. Many of these people still live isolated in community housing built specifically for Internally Displaced People (IDPs) as they struggle to integrate fully into Georgian society. Even in Georgia’s capital Tbilisi, it is not uncommon to hear a tearful story about a lost relative or loved one, and the words “I love Abkhazia” are splattered in graffiti across the city’s walls, a poignant reminder of what was lost.

Civil Wars With No endgame in sight

As the Caucasian social scientist Georgi Derlugian so aptly pointed out, a frozen conflict is nothing more than a civil war without a conclusion. On the 26th of August 2013, Vladmir Putin sent a congratulatory message to Abkhaz and South Ossetian leaders to celebrate the fifth anniversary of Russia’s recognition of their independence. The Russian President pledged to continue providing “comprehensive assistance and support” to both territories, a promise whose realization will be facilitated by the 2014 Winter Olympic Games that will be hosted by Russia in nearby Sochi. Unsurprisingly, the Georgian government also remains determined to use its diplomatic influence to reintegrate these regions into Georgia proper, a goal completely incompatible with the current reality on the ground. But while this game continues with no end in sight, the only thing worse than the stalemate of unresolved tensions is the prospect of a solution delivered through the conflict’s revival.