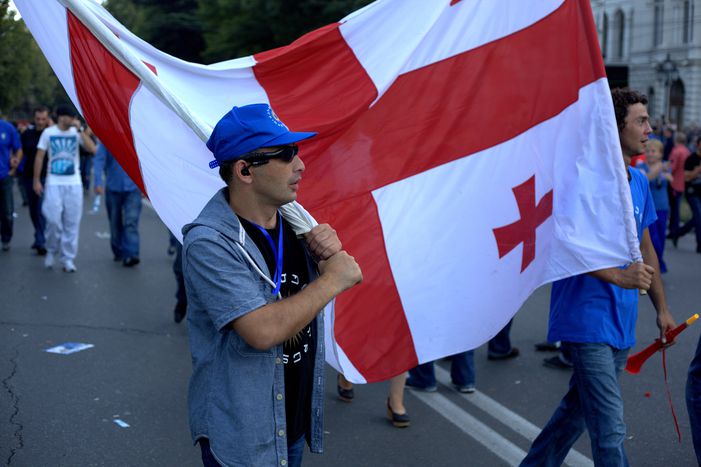 Georgia is the crossroad connecting Europe and Asia. Moreover, Georgia is at a crossroads in her own development. Last week, the identities of the new president and new prime minister were revealed

On Sunday 27 October, Georgia held its sixth presidential elections since the country gained independence from the Soviet Union in 1991. Despite low voter turnout (46.9%) and the uneventful nature of the elections themselves, the smooth transfer of power allowed foreign observers to announce the elections an unprecedented success, which consolidated the country’s historical transition to democracy.

Giorgi Margvelashvili, a previously unknown philosophy professor and former education minister, won the election with 62.12% of the votes. He was the personal choice of the current prime minister and leader of the Georgian Dream coalition Bidzina Ivanishvili.

End of an era

Due to amendments to the constitution, the new president will have less power than the current president Mikheil Saakashvili. Nevertheless, the elections were of great consequence as they marked the end of the power sharing arrangement between the United National Movement of former President Mikheil Saakashvili and Georgian Dream, leaving the latter with the presidency and a strong majority in parliament.

Moreover, prime minister Bidzina Ivanishvili, known throughout Georgia by his first name, announced that he will resign on 24 November. The new prime minister, who was hand picked by Bidzina himself, will theoretically be the person who holds the country’s fate in his hands. However, most spectators believe that the current prime minister will continue to play puppet master behind the scenes.

Ivanishvili recently announced that an investment fund of six billion dollars, an amount equivalent to 40% of the country’s GDP, will soon be injected into the economy. Of that amount, one billion dollars will come from the personal funds of Bidzina the billionaire. Most observers agree that these investments alone will give the prime minister a great say over future developments in the country, even if he is no longer formally involved in politics.

Out of office but not out of power

Ivanishvili’s choice of a staunch ally and long time employee as prime minister will also help to ensure that he remains the most influential figure at the helm of Georgian political life. Irakli Garibashvili, 31, a man who has spent his entire nine year career working for the Ivanishvili family, was announced as the new prime minister on Saturday. Before entering politics, Garibashvili headed Ivanishvili’s charitable fund Cartu.