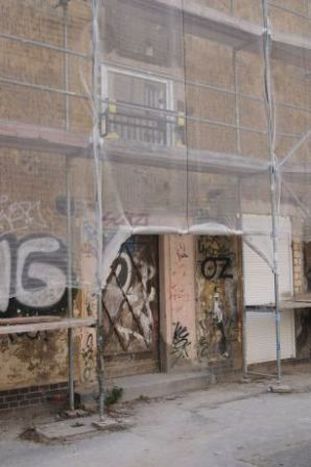 Goodbye Tacheles, Liebig 14 and Scharni 29! The lists of the squats and alternative cultural places in Berlin which are closing is getting longer every day. Economical pressure is changing the face of the city. New trendy caffees and shops open, old and decayed appartments are done up, a new select population is moving in.

The previous inhabitants get slowly pushed to the outskirts of the city due to the rising of prices: the so intensively discussed process of gentrification. Is Berlin's alternative life dying and the city turning into a place for the rich? Our team members reported on their own experience and observations to put together a multilingual snapshot of the matter.

Clemens Franke was on the ground to witness the atmosphere just before the eviction of the squat Liebig 14 (DE), as the supporters were getting ready to resist against the police, “a mix of strong organisation and demonstration folklore”. Christiane Lötsch took a look around her neighbourhood, Neukölln, where groups organise themselves to protest against the rise of rents (DE). On a flyer : “We don't want that our neighbourhood gets unaffordable!”. Months before she had left Kreuzberg (EN), where prises rose and are still rising: Escape!

And it's no new evolution. One year ago, Sébastien Vannier already expressed the hypothesis (FR) of a Berlin intramuros, inside of the ring road, which would be the expensive part of the city, far from distant banlieues. Something which still doesn't exist in Berlin, where some of the poorest parts of the city are in the city center. Stefano Lippiello captured in a photo reportage (DE) the already visible esthetical aspects of the change. Bye bye graffiti, hello clean and tidy owner-occupied flat ! His judgment is clear, Berlin is a victim of its own appeal. 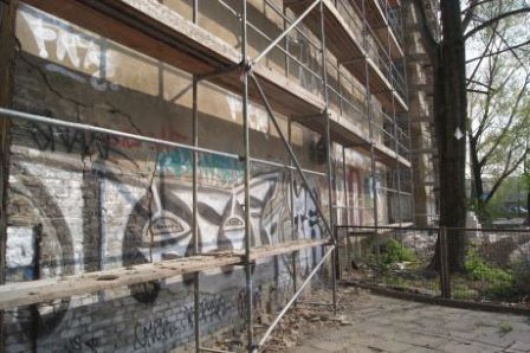 It's a complex relationship between the city and the expectations of its inhabitants which leads to the emerging conflict, analyses Sandro Cândido Marques (PT). Different points of view and projections on the development of a neighbourhood appear between different population groups with diverging wealth. A complex phenomenom implying dynamics of community, identity and memory of inhabitants of a certain territory. 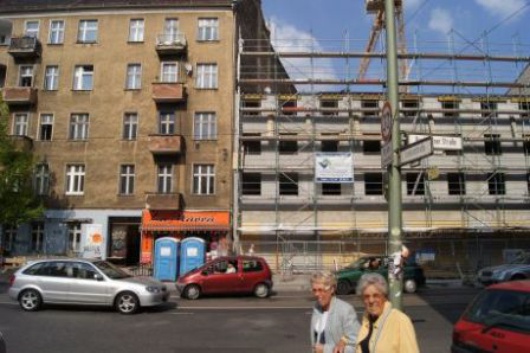 Maybe Sandra Wickerts prosaic description helps at best to grasp the change, with its positive and negative sides: ”When I moved to Berlin-Friedrichshain 12 years ago, I was woken in the morning by my alcoholic-neighbours, shouting at each other swearwords. Nowadays, I still live in Friedrichshain, but I am woken up in the morning by the children's playground which is now opposite my house. Gentrification for me? Higher rents (I pay nearly twice as much as in 1999), less creative and low-budget nightlife (I miss the tiny, temporary bars from and for locals and hate the touristy moneymaking bars), but also less (visible) decay and dirt.”

Berlin is the actual artistically booming city. And even if alternative culture seems very present on the first sight, it is fragile and is slowly disappearing due to economical pressure, which also harms the less wealthy. The end of an era? Some are already looking for the new Eldorado, further east.