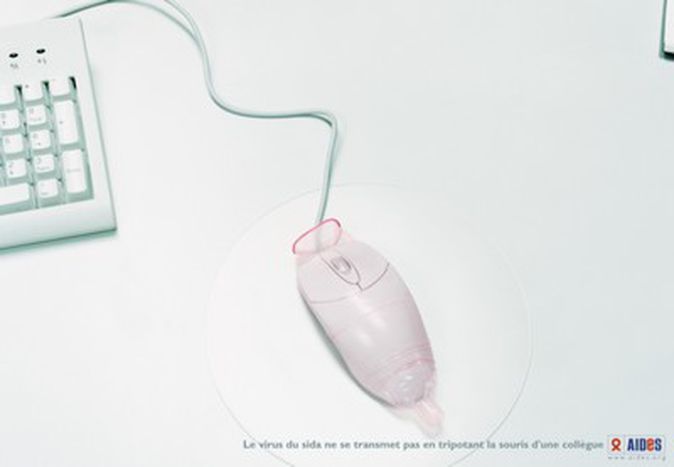 As World Aids day is marked on 1 December, it's an opportunity to think of the human immunodeficiency virus, aka HIV, an illness that has killed more than 25 million individuals in less than thirty years 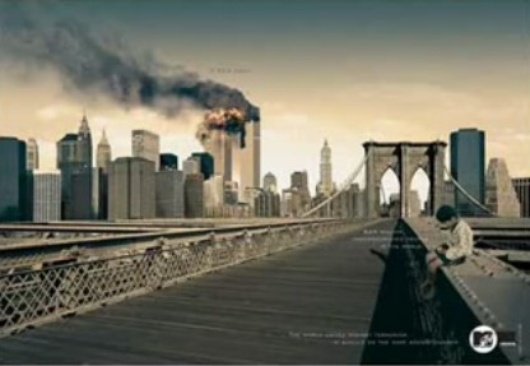 The battle against AIDS, possibly a victim of its own success, seems to have come to a standstill in western Europe, where there has been an upsurge in the number of unprotected sexual practices. This has been observed in homosexual populations, where 'bareback' or voluntarily unprotected practices between partners with the same serological status, or who are simply indifferent, have made a massive reappearance. However, it has also been observed among heterosexuals: 'Many believe that, because they think they have a good lifestyle, they are above all suspicion,' confides Dr Lanzmann, 'but they are wrong: HIV is not influenced by moral arguments.' So, in fact, it is among heterosexual women over thirty that the level of contamination is increasing most rapidly.

One of the main reasons for this risky behaviour is a simple historical fact. The younger generations’ perceptions of sexuality have always been overshadowed by the fear of contamination, and they have had to accept methods of contraception (particularly condoms) as the status quo. At the other extreme, those who knew of the first contagions, the discovery of the virus and, a few years later, the massive numbers of deaths among HIV-positive people, protect themselves because they know what they have survived. However, the two generations in between, separated by two or three decades, have only rarely had any reason to think about the dark years of AIDS.

HIV first appeared in the US at the beginning of the seventies and researchers took some time to determine that it was a virus. That period of uncertainty (when it was thought that it was an illness linked to inhaling poppers), associated with the fact that the first victims were homosexuals, encouraged theories of a 'gay cancer'. The idea of divine punishment was not far off, especially in traditional America, and this clashed with the first struggles – of which one precursor was Harvey Milk’s (the first openly gay man to be elected to public office in California) – for the recognition of civic rights for homosexuals in particular.

Two contradictory attitudes appeared. Some people were gripped with hysteria with regard to this unknown illness. People no longer had multiple partners or partook of so-called risky practices, and many were completely abstinent. 'I was still a virgin at the time,' admits Franjo from Croatia, 'but AIDS delayed the beginning of my sex life by ten years.' At the other end of the spectrum, one fringe of the population did not change their practices and refused to use condoms. Eighties campaigns tried to find a middle ground: 'It was explained to people that it was not dangerous to hold hands with someone who was HIV-positive, or to drink out of the same glass as them,' explains Caspar from Denmark.

'At that time, in the ‘milieu’, it was almost a funeral a week'

In 1983, a French team from the Pasteur Institute, directed by Luc Montagner, discovered the retrovirus that was the causal agent of AIDS and managed to create a serological diagnostic test. Despite medical progress, the treatments (tritherapy) remained partial and were often administered too late. There were massive numbers of deaths in the mid-nineties. Benoît from Belgium says, 'I lost a lot of my friends in 1995-1996 to AIDS, and yet they were not gay…' Leon was living in Auvergne with two other boys: 'Out of the three of us, I am the only survivor. At that time, in the ‘milieu’, it was almost a funeral a week.'

Today, the attitude to AIDS is complex by virtue of the fact that, while it remains mortal, tritherapies can guarantee a life expectancy of up to thirty-five years. 'I have been HIV-positive since 1986, I treated myself, and now the virus is undetectable, but my boyfriend died of AIDS in 1998,' confides Vacliz from Bulgaria. The treatments have made great progress in almost getting rid of the clinical manifestations of the illness. AIDS has become an invisible pandemic, and yet respect for the rights of HIV-positive people is still a crucial issue. A minority of them are in denial, or even have attitudes which are openly criminal. On Facebook, the group 'I gave AIDS to at least one of my partners (but it’s their fault, they should have insisted on a condom)' has almost 800 members, provoking the indignation and anger of other internet users.

Nevertheless, the little medical progress there is gives the impression that a vaccine is close to being ready, which provokes the enthusiasm of the press - most recently, French daily Le Parisien reported: At last, a vaccine for AIDS sufferers! on 12 February 2009. However, the effect of such announcements is pernicious in that it brings about a drop in vigilance: Marcus from Germany says erroneously that, 'You don’t die of AIDS anymore if you take the right treatment.' AIDS still kills 5,700 people per day, and the award of the Nobel Prize for Medicine on 6 October 2008 to Pasteur Institute researchers working on HIV shows the surprisingly current nature of the problem.

The author of this text is a member of cafebabel.com in Clermont-Ferrand. Catch the local team babelblog here. First published on 16 March 2009 on cafebabel.com