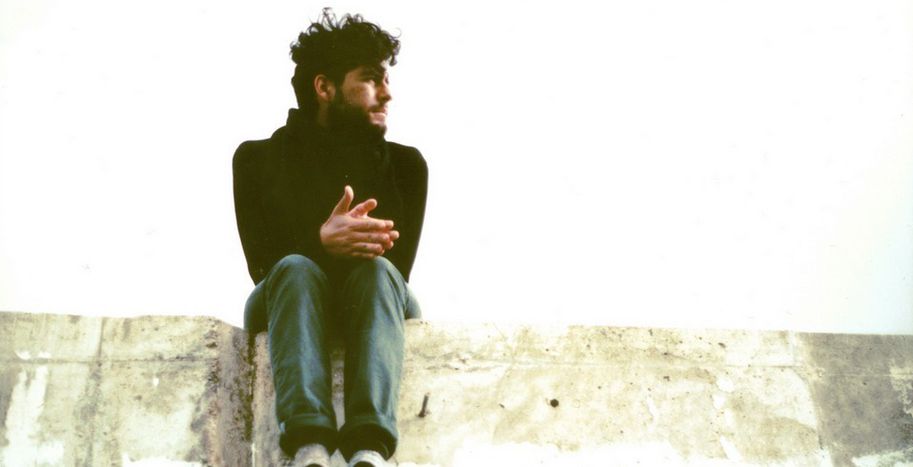 Generation Mauerfall: European without the euphoria

The generation born at the same time as the political turnaround in Eastern Europe have been here a while. They appreciate their freedom, but rarely do they share the euphoria of their parents. Furthermore, everyday life in Poland, Latvia and Romania is too hard. Many young people are thinking of leaving.

They're the same age as the political turnaround in Eastern Europe, but what does the 25th anniversary of the fall of the Iron Curtain mean for them? On the one hand, their everyday life is strongly characterised by the Euro crisis. According to the survey European Youth in 2014, 57 percent of Europeans aged 16-30 feel the crisis has shut them out from economic and social life. On the other hand, just about a third consider it an advantage to be an EU citizen in a globalised world.

This is also the case for three young people from Poland, Latvia and Romania, who can imagine their lives only in a free Europe. At the same time, they wonder why Generation 25 still distrusts politicians after the revolution, by whom so many the upheaval have shaped. "I think it's a shame the great values that had a role in 1989 - solidarity, equality, worker rights - have become obsolete," said Patryk Zalsinski from Poland, who studied Sociology and Polish Studies and now works as a freelance journalist. 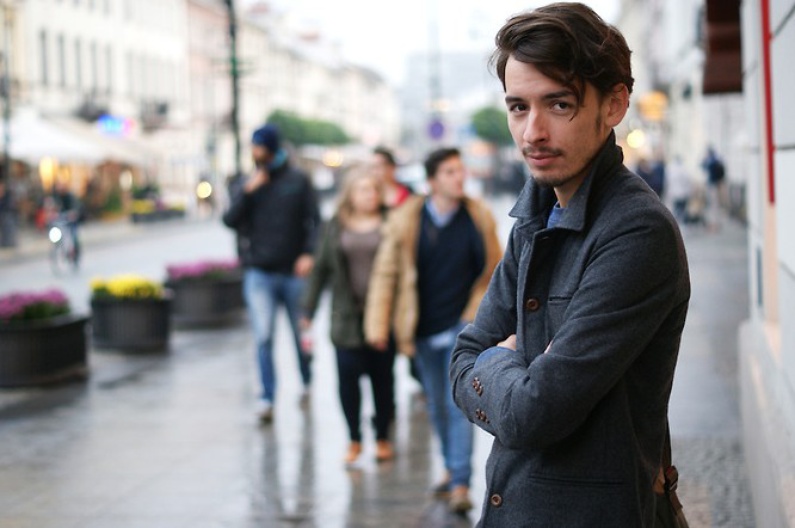 Patryk knows nothing but shaky work contracts with neither firm employment nor social security. He cannot imagine how he will fare in retirement and fears he cannot do anything to change this. "This euphoria that you see in pictures from 1989 just doesn't exist in my generation," he says wearily. Yet he has occupied himself more thoroughly with those events than many of his peers - he reads books, watches TV documentaries and asks his parents questions.

Liviu Tanase from Romania is also frustrated when he researches the years after 1989, since he understands that many party members did not just disappear, but still have a role in public life. "The transformation wasn't really thought through," thinks Tanase. "Our education system, for example, still isn't quite right." Romania is lacking a clear plan, a coherent vision of the future, says the young man, who works as a physicist near Bucharest.

EU membership is very helpful, as many reforms are only put through due to pressure from Brussels. But how should the young Eastern European member states further develop? What mistakes have been made in the past 25 years? Although Patryk does not like weighing in on arguments about what should have been done differently since 1989, he celebrated the 25th anniversary of the first free vote in Poland back in June. "When I think about how I would have had to queue in front of a shop for toilet paper... well, that would've been really depressing," he says. 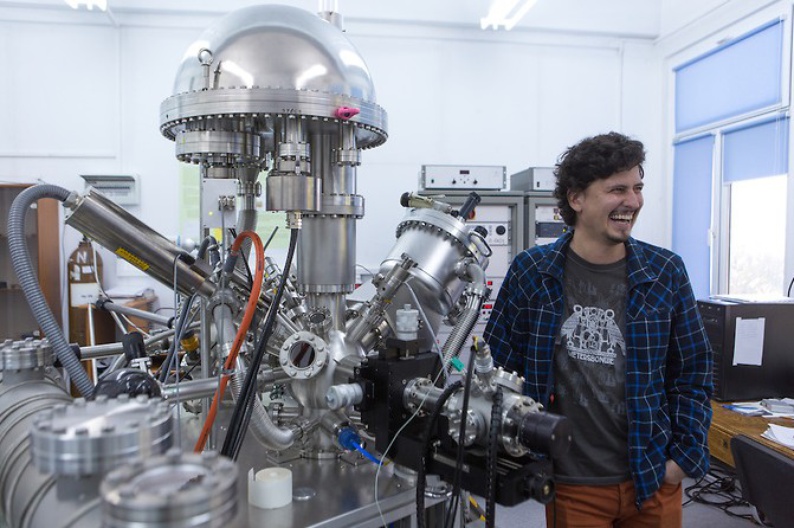 We can go, but our parents have to stay

What he can no longer imagine at all today are the borders. "Travelling and spontaneously going to visit your friends all over Europe without a visa or passport was absolutely unimaginable for my parents when they were my age." The freedom is also what Liviu Tanase appreciates most in his life in a new Europe; indeed, the freedom to do what he wants - in this case, research. Over the past few years, a lot has been invested into the Institute for Material Physics in Magurele, six kilometres south of Bucharest. Several research teams regularly take up the call for proposals for EU-financed projects, so that they can "buy equipment that's up to scientific standards," explains Liviu Tanase with a hint of pride.

The fact that Liviu got to where he wanted to be is essentially thanks to his mother: "My mother, who's a nurse, always thought that studying was the first and foremost priority for me. But only a few parents understand that, and their children's succcess remains a matter of luck." Earning almost €1000 a month, the young physician's income is more than double the national average. No wonder Liviu would like to remain different from many colleagues in Romania.

Going or staying - this is the question many young Europeans are asking themselves in the face of the Euro crisis. Accoridng to the European Youth in 2014 study, 43 percent believe that job or training in another European country is a way out of professional difficulties in their home country. In Romania, even 60 percent believe this, and in Latvia 48 percent.

Meanwhile, for Latvian Ildze Pravorne, this question does not have an economic but a political dimension. She is unsettled by Russian pressure on Eastern Ukraine and the annexation of the Crimea. She remembers that in the Second World War, the League of Nations did not prevent the occupation of Latvia. "We don't know what the worst case scenario is. I'm leaving anyway. I never want to live under Russian dominance." 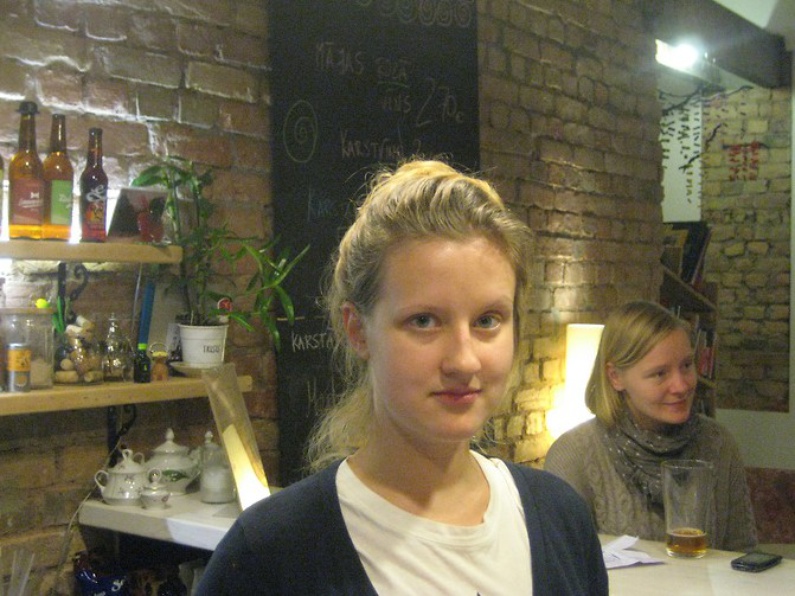 The 26-year-old has this in common with her parents, even though her opinion often differs to that of the generation that grew up under Soviet rule. Her family is already well-versed in fear and anger at the Soviet occupation of their country, remembers Ildze, as her great uncle was shot in the Second World War. But Ildze cannot be party to this fear after 25 years of Latvian independence.

What's more, she is disappointed that her parents did not allow her to learn Russian at school. "They were inspired by their national independence and remembered clearly what it was like to be forced to learn Russian during Socialism," explains Ildze and adds, "Today the Russians of my generation are better off and have a lot more career opportunities. Many of them go to Latvian schools and speak Russian and Latvian fluently."

A year ago, Ildze opened the small bistro Trusis ("rabbit") in Riga. Its international cuisine and the Latvian birch, oak and rhubarb wines are currently popular among the middle class - not just Latvians, but also Latvian-Russians. "Young Russians do think like us Latvians, I count a lot of them among my friends. They enjoy life in the EU, want to travel and not return to Russia."

Patryk Zalsinki also thinks his family has been shaped by recent history. "My father longs for the old times, as he thinks life was simpler during communism," he recounts. "On the other hand, my mother and her family benefitted a lot from the change, they founded their own businesses." Therefore, Patryk is always wary of the judgement of the former opposers and supporters of the communist regime.

But he is happy about the new Poland and what happened in 1989, he says. It is important that we remember this, even if his generation doesn't share the same euphoria. "We're not cynical, we're involved with something different, we often work for free," he says. "But we want to keep our distance from politics. What remains is his wish for the people who were on the streets that year to transfer their euphoria to the present day and the future.

The original article came about as part of the media partnership between the Allianz Cultural Foundation and the East Europe magazine ostpol for the project 'Eastern Europe Outside/In'.