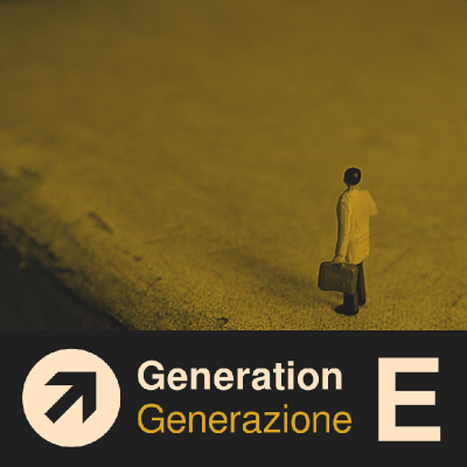 A few days ago, a group of 7 South-European journalists and designers contacted cafébabel to present a new journalistic project called Generation E. They wanted to carry out a cross-border data investigation on young European migrants. Of course, we were interested and we certainly want to support them.

Generation E in a few words

In a nutshell, Generation E is a cross-border data investigation on young European migrants.

Every year, thousands of young migrants leave Spain, Portugal, Greece and Italy to change countries to find a job and start new lives. Since Schengen permits the freedom of movement within the EU, it is complicated to count the migrants and map the migration flows on the continent. There are many estimates, but no accurate data (because few expats officially change residence). The investigation will try to shed a light on the existing data, highlighting the lack of official pan-European studies and at the same time, collecting contributions from expats.

But Why Generation E?

E stands for Europe, Expat, Erasmus, Exodus, Emigration, Escape, Easyjet, Exile. We start from the -slightly romantic- assumption that the young European expats are laying the foundations of the future European social fabric.

Therefore we invite you, young expats from Spain, Portugal, Greece and Italy, to share your stories with us through the form of Generation E.

Stay tuned on cafébabel! We’ll keep you updated on the results of the investigation soon.

The project was supported by JournalismFund.eu.