To the popular youtube video where American gay guys declared: 'We will marry your girlfriends', a viral rebuttal came swiftly. In the western world, 'marriage for all' is a truly fashionable subject. We speak of little else in France, every time we turn on the television, Sundays spent with family or in the waiting room at the doctors

When Barack Obama was re-elected president of the United States in November 2012, the states of Washington, Maine and Maryland took the opportunity to approve homosexual marriage by referendum. Some days later, a comic video went viral across the world wide web, with young gays affirming that if heterosexuals did not support homosexual marriage, then they would marry their girlfriends. They listed their strengths so that they were taken seriously: they dress better, cook better, understand women better, they also like art galleries...the bottom line is that gay people were doing a real service to heterosexuals by avoiding the completely one-sided competition, and in return they should have their support for gay marriage - or else their vengeance would be terrible.

Bring Greece into it

The line of argument is implacable. The tone is clearly jokingly serious. But does the laid-back attitude and humour reflect an easing tension in American society? Nothing could be less certain. For its part Act Up Paris had planned a campaign for before their own presidential elections in 2012, with plans to placard messages such as 'Spain legalised homosexual marriage in 2005. The country is still standing, they even won at football', or 'Iceland legalised homosexual marriage in 2010. The same year, the Eyjafjöll volcano erupted, but no link has been formally established'. An appeal for contributions was launched but the campaign could not be completed due to lack of funding. Are European LGBT activists not in the mood to laugh about the issue?

Read 'Brief guide to gay marriage laws across ‘conservative’ EU' from 2009 on cafebabel.com

What is certain is that in France, the debate evokes strong feelings. No, 'marriage for all' (as the French government's bill is called - ed) does not stop heterosexual couples from getting married, or adopted children from becoming homosexuals, thus causing the extinction of humanity. Nor will divine wrath descend upon the country. The daily amount of abuse from those opposing the bill is sometimes so severe that supporters of the reform are reduced to using this style of humorous argumentation. We would laugh if this did not reflect a latent homophobia that plagues part of our society. A senator interviewed by public radio has even claimed that: 'It is one of the reasons for Greece's decline' - thus extending homophobic sentiments to xenophobic ones too. Greece has not authorised gay marriage, so what is he implying - that all Greeks are homosexuals? Why get in a fluff over this debate?

Why is the divide such that two opposing fragments of society cannot seem to co-exist? Is the recent, worrisome crisis deepening the rift? Some think that the leaders of the countries involved are using this social issue as a smokescreen to avoid discussing real issues. On the other hand, we can equally think that in times of trouble, people will go back to basics and ask the real questions: is the economy the only thing we have to deal with? What are our values? What model of society do we want? Is marriage a fundamental institution? Some reply that they want a more tolerant, more equal and more fair society. Others say that they want a society of traditional families, and that the parentage of a father and mother is the foundation of everything. And from there, tempers flare. The crisis is also conducive to societal issues for the simple reason that these types of reforms do not cost a penny of public money. A purely accounts-based view could perhaps even go as far as giving permission for euthanasia... we hope that when this debate is opened, the black humour will appreciated. 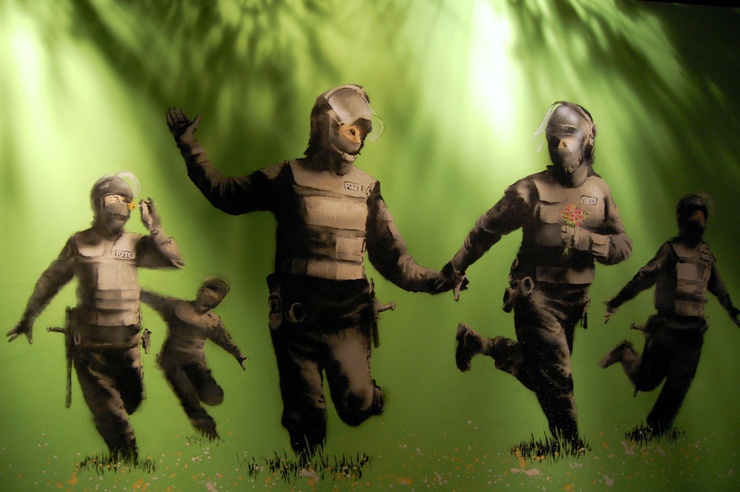 In the meantime, if there is anyone that has cause to laugh, it is definitely those who are single. Marriage monopolises so much attention that they will be the real losers in history. It makes you wonder if marriage will be made mandatory for all.