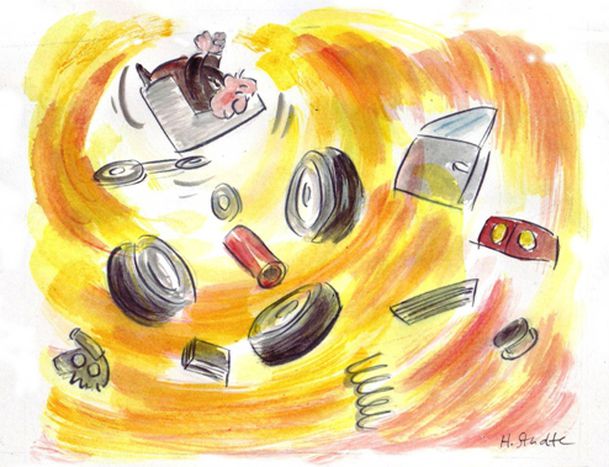 Freudian comments about cars and their drivers are now commonplace. But the increasingly popularity of 4x4 leaves me somewhat bemused. Why buy oversized petrol-guzzling monsters to drive around traffic-jammed European capitals? Further research shows that marketing experts in car manufacturing companies suffer from the very same complex. The Mitsubishi 4x4 ‘Parejo’ had to be renamed ‘Montero’ in Spain because ‘Pajero’ (masturbation) was far too disturbing. Same thing for the Ford ‘Pinto’ (small genitalia) whose sales sadly plummeted in Brazil. In a rather different vein, the Volkswagen ‘Jetta’ was renamed ‘Golf’ in Italy. Indeed in Italian a ‘Jettatore’ curses its victims and sends them bad luck. Not a very reassuring name for a car you’ll admit. In Germany VW also chose to christen one of its models ‘Phaeton’ after the Greek hero who crashed his dad’s chariot. A warning to the ardent young: drive an old tin mini, it’s safer.