Future of Iran: Oppression or Democracy

A major rally, scheduled for February 10th in Paris, to protest against the flagrant violations of human rights in Iran has been banned from taking place 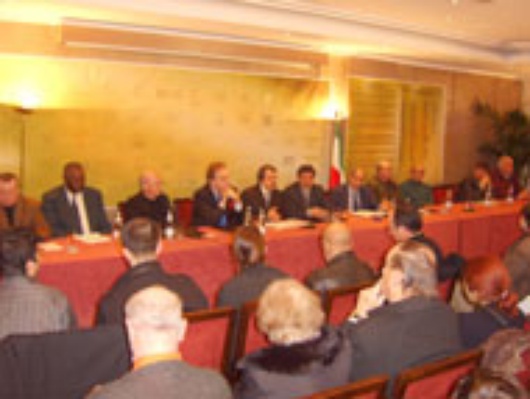 Organisers had anticipated that over 40,000 people would take part in the demonstration which was due to take place on the 26th anniversary of the Iranian revolution. But despite support from 60 human rights organisations and more than 250 French and European politicians, French authorities prohibited the protest.

This is just one more example of the rather ambiguous nature of relations between the EU and the Iranian theocracy. The United Nations General Assembly and the European Parliament, in December 2004 and January 2005 respectively, passed resolutions condemning the gross violation of human rights in Iran. Moreover, according to the 2005 Human Rights Watch report and the November 2004 UK Foreign and Commonwealth Office report, the situation is deteriorating. Over the past 45 days Iran Focus, an Iranian news website, has covered the executions and sentencing to death of 50 people (including political prisoners). Stoning, eye gouging and limp amputation continue unabatedly, while demonstrators are arrested en masse. Women and minors are not spared: The Iranian press has reported on the public execution of four women in the past year and there are at least 14 more due to be publicly hanged or stoned to death in the coming months. "There are also some 30 juveniles under the age of 18 in Tehran's Centre for Reform and Education (Juvenile Prison) and in Rajai-Shahr currently sentenced to death", stated Fahimeh Hajmohammad-Ali, a lawyer working in Iran's judiciary, in an interview with the state-run news agency ILNA. And yet, the EU remains Iran’s main trading partner.

But it is not only the treatment of Iranian citizens that should be bothering the world. In an article for the Washington Times Struan Stevenson, an MEP and co-chairman of the Friends of Free Iran Intergroup in the European Parliament, stated that "Iran's increasing meddling in Iraq and its defiance in its nuclear weapons program pose the greatest challenge to peace and security in Iraq and the whole Middle East, as we enter 2005." In order to put an end to the threat posed both to its citizens and international peace, a solution needs to be found. However, neither appeasing Tehran nor an Iraqi-style military invasion is the answer. The most viable and effective solution is to support democratic change in Iran by relying on the Iranian people and assisting them in their struggle for regime change. The thousand students who shouted antigovernment slogans during a speech made by Iranian President Khatami at Tehran University last month are evidence that Iranians have had enough of the ruling mullahs. It is Europe’s responsibility to support them, which makes the cancellation of the rally all the more unjustifiable.