December (Lt. 'gruodis') is named after harsh, dry frost ('gruodas'). After several global-warming type of winters, it's already the second which is exceptionally cold. It is -13 at the moment, and if it goes down even more, it seems that eyelids will freeze together after every blink. Like any stronger weather-related phenomenon, snow exposes the mismanagement of Vilnius' streets.

Sloping, narrow streets of the old town, when frozen, are a particular torture for old people. But even young ones get injured. It's too dangerous to keep your hands in your pockets, but too cold to keep them outside.

The country is both blessed and cursed with cold winters. Whenever the pavement is safe enough to look up, Vilnius really looks like a fairytale. 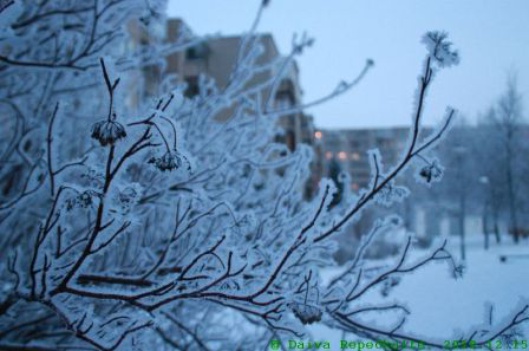 Each plant tells a story. 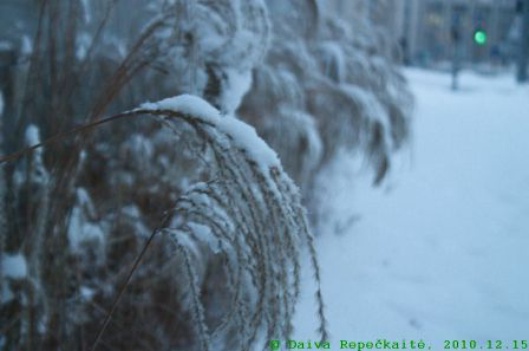 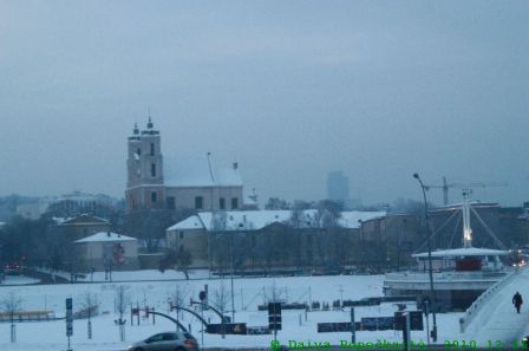 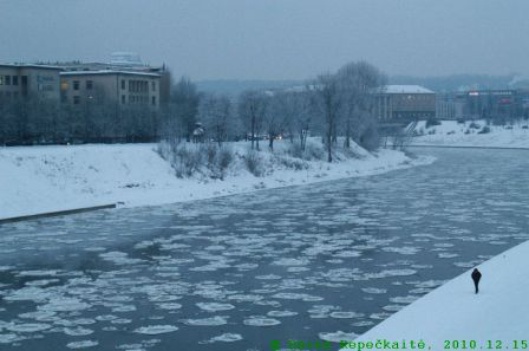 The silhouette of the National Gallery melts in whiteness. 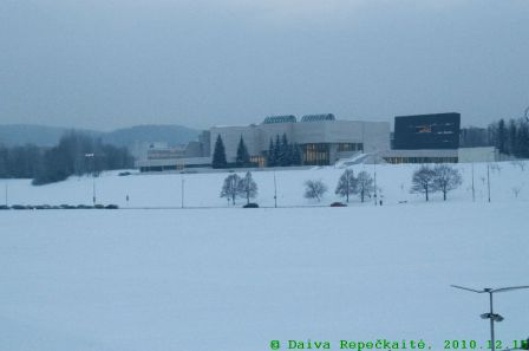 Cold weather makes people wish not to stick their nose outside and drive to work warmly and comfortably in their car. However, some cars won't start, and people who otherwise drive have no choice but to choose public transport. 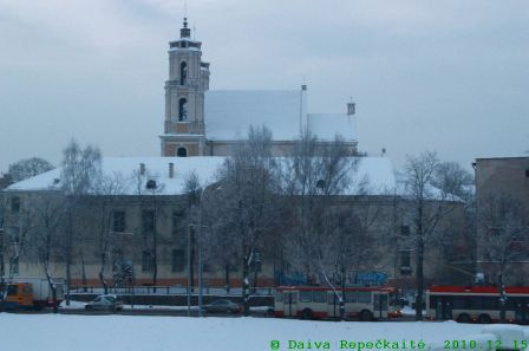 In public transport windows are frozen, so there is nothing to look at anymore. More eye contact becomes inevitable. It makes people feel somewhat uncomfortable and look back at the windows, trying to decipher the patterns of frost, which remind of feathers, flowers and algae, or blow hot air, scratch the window and try to stare at the city through a tiny opening. 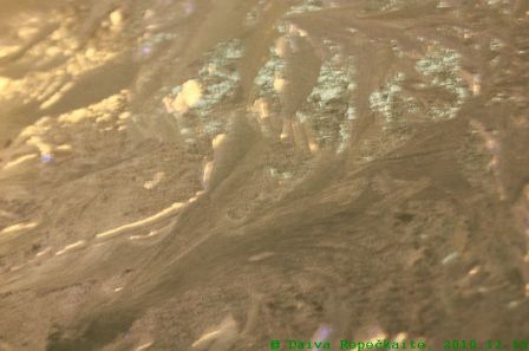 Vilnius doesn't have a bustling Christmas market or kiosks with hot wine (it would be illegal to drink alcohol in public spaces anyway). But people are already happily waiting - will this snow stay at least until Christmas?