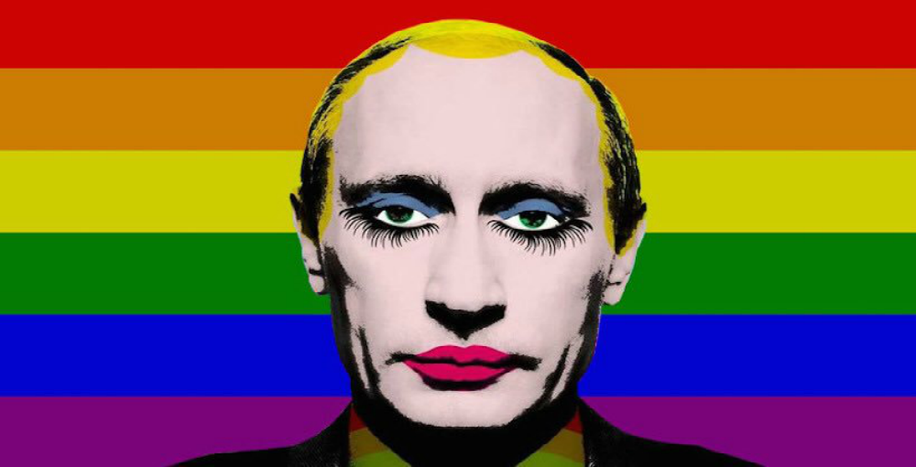 From Torture to Relgious Marriage: LGBTQIA Rights Around the World

The theme of this year's Pride in Belgium is "crossing borders". In honour of this occasion, an overview of LGBTQIA rights around the world: from the most discriminatory and even barbaric countries to the greatest examples of tolerance.

Although there are a large number of countries with homophobic legislation, this year, Chechnya, Uganda and Tanzania have infamously set themselves apart as a result of their discrimination and violence, which at times, even borders on barbarism.

This year, Chechnya has truly outdone itself in terms of horrific brutality with its campaign against homosexuals, or those people considered as such. In the past, Russia has received a lot of international criticism for its discrimination and homophobia. This year, however, the country dipped to an all new low; a low which is largely unmatched. Concentration camps have been set up within the autonomous republic, where individuals with sexual orientations deemed "non-traditional" are tortured. In a few cases, victims have even been beaten to death. The situation reached its apex when the Chechen president, Ramzan Kadyrov, supported by Vladimir Poutine, not only rejected the accusations, but went so far as to state that, "You cannot arrest or repress people who just don't exist in the republic. Homosexuality doesn't exist here". QED.

Nonetheless, the testimonies from individuals who have managed to flee Chechnya after having been tortured in the most abhorable ways have begun to pile up; and so have the UN reports. The perversity of the regime's campaign even extends to the victims' families, where they are instructed to kill their own sons, found guilty of homosexuality. "Kill your sons or we will. They call it cleaning your honour with blood", many survivors have explained. At present, international reactions are hesitant.

The objective and deadline : exterminate all homosexuals by Ramadan (this coming May 26).

In Tanzania, homophobia on the state level takes the form of a witch hunt. The objective: eliminate anyone and anything that "promotes homosexuality". As a result, the minister of health, Ummy Mwalimu, suspended the importation of lubricant on Tanzanian soil on the basis that it "encourages homosexual practices" and thus the spread of HIV. Beyond the fact that this ban is ridiculous, the consequences in terms of public health could prove disastrous, given the fact that the use of both condoms and lubricant significantly decreases the spread STIs. In line with this rhetoric, Ummy Mwalimu, also stopped 40 privately run health centres from providing AIDS-related services, stating that, "the centers were promoting homosexuality, which is against Tanzania's laws".

In general, Uganda is infamous for its violent mesures against the LGBTQIA community. In 2013, the law "Kill the Gays" was introduced which made homosexuality punishable by death and encouraged the public to report individuals suspected of being gay. The bill was finally struck down on a technicality, but homosexuality is still punishable by life in prison. That same year, a local tabloid promoted violence against homosexuals by spreading gay conspiracy theories. The journal went one step further and even published the photos, names, and addresses of suspected gay men with the title "Hang them; They are after our kids". In February 2014, more than 200 pictures of suspected gay men were published.

More recently, in 2016, Gay Pride was cancelled as a result of violence and government threats. Uganda's Minister of Ethics stated that the, "Government will not condone the promotion of the illegal activities of the LGBT movement". A few weeks earlier, police raided the Mister and Miss Pride Pageant, storming the venue and beating the participants. In November 2016, a man reported having been tortured by the policed. He and his partner had been woken up in the middle of the night and dragged into the street where they were beaten. The man was then taken to a clinic and forced to undergo an anal examination to prove his homosexuality. Not surprisingly, Uganda ranks last in the Gay Happines Index, which rates the quality of life of gays all around the world.

On the other end of the spectrum, a handful of countries have also received significant praise thanks to their progressive stance on questions of LGBTQIA rights and acceptance. Although discrimination persists in all countries, even the most tolerant ones, Argentina, Iceland, and Sweden all top the Gay Happines Index, serving as global models in a number of different categories.

Argentina has been a leader in transgender rights. In 2012, Argentina was the first country in the world to allow anyone above the age of 18 to officially change their gender without any legal or medical approval. This law also includes minors, allowing them to officially change their gender with authorization from a parent or judge. Additionally, Argentina's initive has set an example for several other countries, namely Malta, Colombia, Denmark, and Ireland who have all made it easier for citizens to legally change their gender. In many countries, changing gender is still contingent upon a number of different criteria: psychological and medical examinations, court approval, and compulsory sterilization.

Iceland is another one of the countries setting an example for the world. In Iceland, gays report feeling the happiest and most accepted, according to the Gay Happiness Index. This index, which was created by the meeting site PlanetRomeo, only accounts for gay men, and thereore, is not representative of the other groups within the LGBTQIA community. It is, however, the only survey which tracks the overall well-being of sexual and gender minorities. In general, the nordic countries rank highly in the index, known for their tolerant societies. Norway, Denmark, and Sweden follow behind Iceland, ranking second, third, and fourth. Belgium ranks number 17.

In 2009, Iceland was also the first country to elect an openly gay leader, Jóhanna Sigurðardóttir. 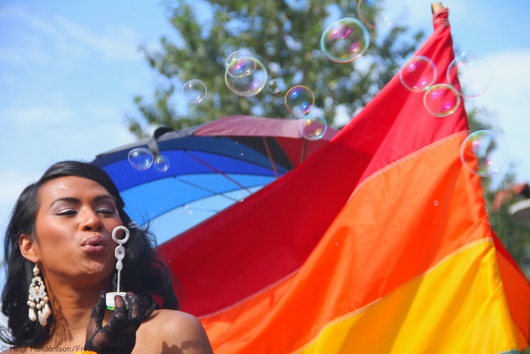 In 2009, Sweden adopted a law legalizing both civil and religious marriage between same-sex couples. Although there are a few protestant churches in the world that already allow this, Sweden is the first country to have its majority Church, the Church of Sweden, take this monumental step. On an individual basis, priests are able to refuse to perform a union. However, this law prohibits the Church from refusing a marriage, and requires the Church to find a priest who is willing to perform the ceremony. In line with Sweden's example, Denmark followed suit in 2012, and Norway in 2017.

The fight for equality continues

Although in some countries, advances in LGBTQIA rights have been immense, these  nations stand as exceptions, and remain rare examples of tolerance. Countries which openly discriminate against LGBTQIA individuals are far greater. Homosexuality is still penalized in 72 countries around the world, and punishable by death in 8. Despite the fact that progress continues in many, primarily Western countries, discrimination still exists on a societal level, and sometimes even a legislative level. For this reason, the fight for tolerance and individual freedom from discrimination is now more imporant than ever. Pride, which takes place in various cities around the world, is a way for the LGBTIQIA communities to stand up, to call out discrimination, and to fight for equality.

In Brussels, the Pride Festival from May 2 to May 21, followed by Belgian Pride on Saturday, May 20! More information.