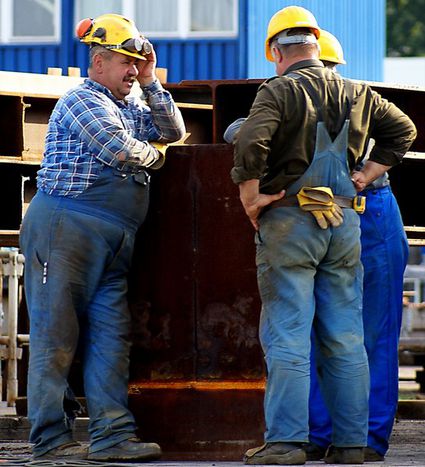 From the UK to Bulgaria: bad safety in the European workplace

The EU sorely lacks directives for security and danger prevention at work. The principle norms are the 1989 Security Directive, which imposes rules to prevent the risk of accidents in the workplace, and the Seveso Directive (and its updates), which implements monitoring and strict rules for the most dangerous industrial sites. Overview

The Labour Inspector General found more than 16, 000 violations of the rules on the health and security of workers in 2006 in the construction sector alone. Bulgarian inspectors have the power to stop work, fire insufficiently qualified personnel, and put administrative and penal procedures into motion

If an accident is very serious or fatal, the victim (or their family) receives compensation to the value of their pension or as an indemnity. In 2005, 31,000 workers were ‘beneficiaries’. German regulations do not include involuntary homicide as an offence for companies

It is recognised that the families of victims are due patrimonial and, ever since a recent judgement, moral damages. However, civil unions are not sufficient to obtain this compensation. The manager of the company in which a worker dies risks a charge of involuntary homicide (a minimum of two years imprisonment), if that manager is considered to be connected to the event through non-respect of security norms. A new measure recognises that it is no longer only subcontracted companies, but also the companies which subcontract, which are responsible for security

In 2007, the parliament approved the Corporate Manslaughter and Corporate Homicide Act, which, for the first time, made homicide attributable to negligent companies. One notable measure of dissuasion is the possibility for the tribunal to impose the publication of a condemnation, not only in the media, but also on the company's principle website. The damages and interest for families who have lost a member at the workplace are generally lower than £50, 000 (57, 797 euros), but the highest fine ever was £15 million (17, 34 million euros).

A new law on the health and safety of workers, approved in March 2006, gives particular importance to the responsibility of heads of companies

In 2003, a reform on labour risks was voted in. It provided that, where the company had committed a penal offence, the administrative process – and therefore any sanctions – would be suspended until the penal judgement, and serious infractions would be stipulated five years after being registered. The highest penalty ever was around 820, 000 euros (£709, 407)

In 2003, only two cases of imprisonment due to responsibility for death in the workplace had existed in 27 years. Administrative sanctions are, however, expected. In 2002, a special committee for enquiry (Arbeitsmiljöverkets haverikommission) was established to study all fatal incidents and their possible causes