From Sarajevo to Copenhagen: Bosnian refugees speak, 25 years on

The current refugee crisis is not the only one to have impacted Copenhagen throughout history. How do Bosnian immigrants, who left their country for Denmark during the Balkan wars in the 1990s, view the current humanitarian crisis in Europe? Presenting stories, accounts and opinions surrounding a crisis that feels both similar, and so very, very different.

Vladimir asks his brother why they are packing, especially when they aren't meant to be going on holiday this summer. "We're going to seek asylum in Copenhagen," he replies to the 12-year-old boy. "What's asylum?", the boy replies. "It's a bit like going to the seaside in Croatia, only further north," the older brother continues. "Better a beach in Copenhagen than a cellar in Sarajevo," Vladimir thinks to himself.

Vladimir Tomić, his mother and his brother Goran arrived in Copenhagen in 1992, together with all the other refugees that left Bosnia and Herzegovina on the eve of war.

Refugees: then and now

As is the case across much of Europe, Denmark faces a new humanitarian crisis in 2016, fuelled by the ongoing Syrian conflict. At the beginning of the year, the decisions taken by the Danish government to re-establish border controls, as well as to confiscate the possessions of asylum seekers in order to cover the costs of housing them, generated considerable debate.

Refugees from the 1990s now living in Copenhagen point out that the context of the current crisis is different, yet what is similar is the large flux of immigration we have seen over such a short period of time. It is estimated that 21,000 asylum seekers entered Denmark in 2015.

"In 1993, 21,000 Bosnians arrived in Denmark," says Nermin Duraković, a 36 year-old Bosnian artist working in Copenhagen. "It's a fairly homogenous society, smaller that Switzerland or Germany. Handling such an influx of people was a challenge for Danish society."

Nonetheless, in 1992 it was clear that certain countries were opening their borders. "The aim was to reach Northern Europe," Nermin continues. "We didn't know whether that would be Sweden, Finland or Denmark." Scandinavia welcomed nearly 100,000 people in just a few short years. Many arrived in 1992 with the intention of staying on a temporary basis, returning as soon as possible, but the war at home lasted for another three years. 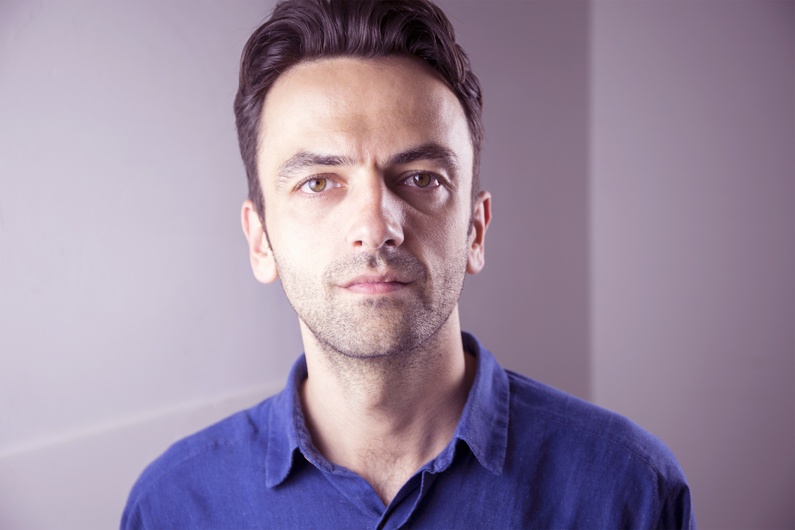 Today, Denmark is perceived as a gateway country. "Getting a job or a residency permit is more difficult here than in Sweden," says Mirzet Dajić, another former refugee from Srebrenica. "You can wait three to five years for a response. In the 90s, refugees were accepted more leniently, perhaps because people felt that the war in the Balkans was closer to home, as it was in Europe's backyard." Now, the so-called "happiest country in the world" is trying to discourage new arrivals by cutting subsidies for asylum seekers by 50%, and buying space in Lebanese newspapers that read, "Don't come to Denmark" – signed by the Ministry of Immigration.

From the Balkans of yesterday to the Denmark of today

Nermin Duraković was 13 years old when his family left Trebinje in 1993. As an artist he keeps a close eye on policies introduced in Denmark. "The refugee centres are often outside the city," he explains. "In 1993, the centre in Avnstrup, for example, was 50 kilometres west of Copenhagen. They're isolated; out of sight and out of mind."

Nermin has reconstructed the kind of cold rooms typical of refugee detention centres, where he himself lived in the past, in his exhibition Northern Insularity. In doing so, the Bosnian artist reinterprets the concepts of asylum and identity, through an intervention that is critical, yet at the same time aesthetic. 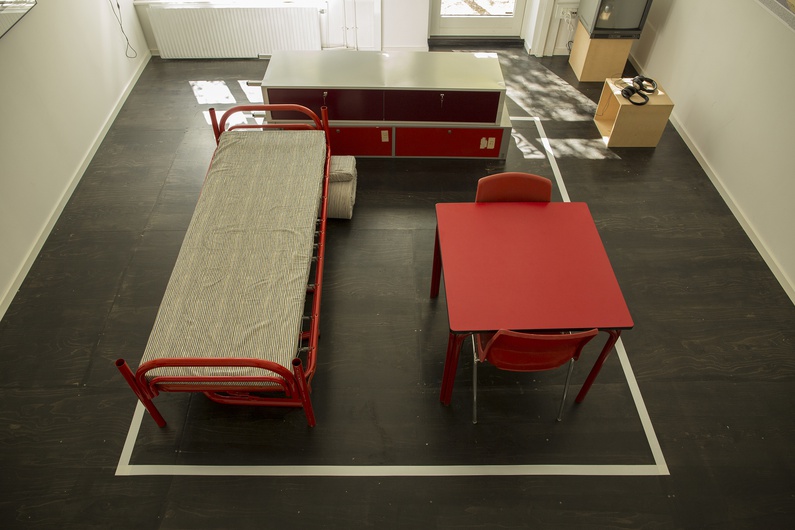 The borders crossed by migrants "have simply been moved," claims Nermin. "Twenty years ago, the 'border' could be said to be with the former Yugoslavia," as people left Bosnia, Kosovo and Albania. "Today, the Balkans are territories traversed by migrants. For me it's almost a paradox because I was forced to leave the same territories when I was a little boy."

This isn't the only point he hopes to make. "Just because xenophobia is nurtured by political populism, that doesn't make it any less real or less dangerous in Denmark," Nermin affirms. At the last elections, 21.1% of the Danish population voted for the anti-immigration Danish People's Party (compared to 7% in 1998). "Whilst liberals and social democrats are becoming more and more interchangeable, the rise of the Danish People's Party is founded on propaganda that was unthinkable in the 1990s. Now certain racist rhetoric has become politically acceptable."

Sanja sips a beer with friends in a pub in Nørrebro, a multi-ethnic, working-class area, bustling with crowded cafés and bars. Black and white photos hang on the red walls and cigarette smoke lingers in the air. Conversations compete with the rock music blaring out across the room. Sanja is 49 years old and arrived in Denmark as an adult in 1992. Her table is symbolic of the former Yugoslavia: there's a Macedonian girl, other Bosnians like herself, Montenegrins and two Serbian friends from Belgrade that live in Malmö. "I feel like the product of a mix, I have Danish and Bosnian friends, but also friends from Serbia, Slovenia and Croatia that live here too."

As Danish historian, Jeppe Wedel-Brandt, writes: "Those who fled the war in the former Yugoslavia, and when arriving in Denmark had to declare themselves either Croat, Serbian, Bosniak, etc., as identities such as Yugoslav was not accepted by the Danish authorities, even if exactly that type of identification was part of the reason for fleeing in the first place."

Despite being hundreds of kilometres from Sarajevo, the youngest refugees that arrived in Denmark in the 90s have integrated themselves into these "new" identities, having only experienced post-war Bosnia. Dino Ibrisimovic was two years old when he left Brčko, he grew up in Jutland and now studies chemical engineering in Copenhagen. 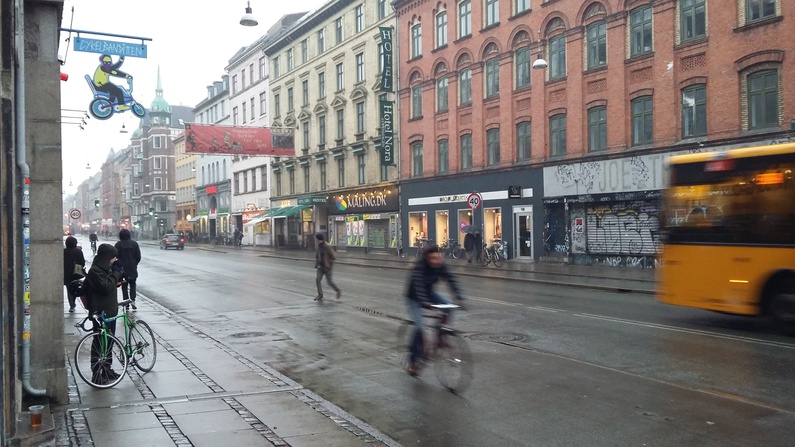 Dino is 25 years old, and the president of the local branch of BUF (The Association for Young Bosnians in Denmark). He learned about his country of origin through his summers spent staying with relatives. Nonetheless, he has always found himself in limbo between the Bosnian and Danish identities.

Whilst the answer to his identity crisis eludes him, Dino does have a clear vision. "I don't agree that we should deny all feelings of patriotism. Identity is important; you can only respect other people once you learn to respect yourself." This vision underpins his scepticism regarding the idea of a European Union that "removes borders and creates one united people" – at least for the moment. Dino considers it enough to put a roof over the heads of refugees, without extending the welcome to economic migrants. "I know the Danish people well, they really are open. But at the same time you have to adapt to local culture. Bosnians have been able to do this, but others find it more difficult."

On the other side of the canal

Copenhagen also houses a Bosnian Cultural Centre, linked to the SBHUD, the Union of Bosnian Associations in Denmark. It's a sunny Sunday morning at their Nørrebro headquarters and a barbeque is underway. Children dance around to the tune of Icona Pop's I Love It, whilst in the far corner of the room a space is dedicated to prayer, with mats set out on the floor and Islamic inscriptions covering the walls.

The majority of Bosnians in Denmark belong to the Bosniak community, that is to say, to an Islamic culture (though not necessarily the religion). Mirzet Dajić coordinates a group of parents, organising activities for the children. His salt and pepper hair makes him look older than his 39 years. "The recent generations are more Danish than they are Bosnian. We now have children born out of marriages with Danish partners," says Mirzet. "I don't think it's a loss, but it would be a missed opportunity not to learn about the culture and language of your country of origin. You aren't ashamed of who your parents are."

He goes on to explain, "I think that we're well integrated for two reasons: the high level of education and the way in which we practice our religion, which is similar to the Danish people. If you believe, you manifest that belief in a strictly private sphere."

We return to Vladimir Tomić, the boy who asked his brother Goran what asylum was. In Copenhagen, he attended the Royal Danish Academy of Fine Arts. Now he is 36 years old and a director. The conversation at the beginning of this article comes from his documentary Flotel Europa, which was presented at the Berlinale. In 1992, his family arrived at their iron cabin on the Flotel Europa, a ship converted into a refugee centre by the Red Cross, where they would live for 3 years. 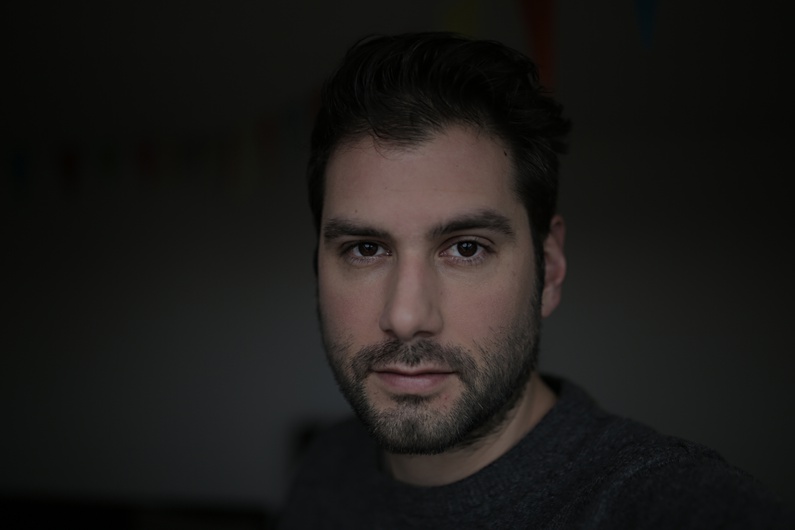 "It was moored in the Christiana canal," Vladimir recalls, a cup of coffee in his hand. "Today, the same spot hosts one of the best restaurants in the world, named Noma. It was winter, I looked outside and everything was so grey and cold, but also so new."

One of the hundreds of refugees had the idea of filming VHS tapes to send home to relatives that had stayed in Bosnia. This private archive constitutes the groundwork for Vladimir's film, unravelling an autobiographical story that evokes his personal journey and the universal condition of asylum: a human void where "we saw Danish people lead their normal lives, on the other side of the canal".

To Vladimir's eyes, both the problems and the asylum seekers seem more numerous, even as the wars seem more distant. "They're people like me, when I was a boy in a difficult situation. I just try to tell stories, to give a face to what it means to be a refugee. I hope people make good use of it. I fear that we will make worse choices than we did in the past", he concludes. "I hope not, but it's my gut-feeling".

This feature report is a part of our EUtoo 'on the ground' project in Copenhagen, seeking to give a voice to disenchanted youth. It is funded by the European Commission.