From Rome to Arizona in support of Kerry 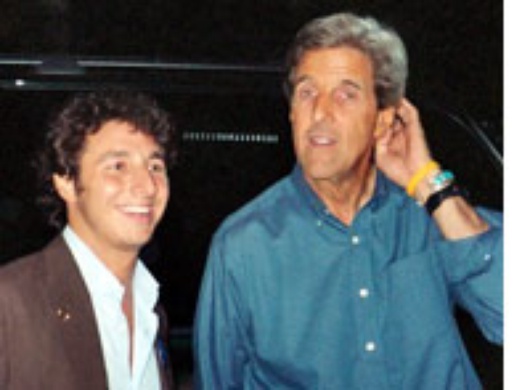 Why would a Rome city councilman journey to the Southwest to take sides in an American campaign? The answer lies in the deep apprehension that people in Europe and around the world feel about the direction in which America is now heading - taking the rest of the world with it. While only Americans can vote, November 2nd will be a watershed day for all of us, on which hangs our common destiny.

The current wave of anti-Americanism which seems to be sweeping Europe can perhaps be attributed to America’s sharp detour onto the wrong track, which began only months after the world had closed ranks behind her. On September 11th 2001, three o’clock Italian time, a colleague burst into my office in Rome, tears in her eyes, to tell of the disaster she had just seen on TV. Across Europe, we felt the attack on the Twin Towers was an attack not only against the USA, but against the heart of our own civilization, and saw its cold-blooded savagery as a blow against the values of peace and law in which both Americans and Europeans put their trust. Le Monde, France’s leading newspaper, headlined “We Are All Americans Now.” After the 9/11 attack, the biggest international coalition in human history gathered behind the United States: not only Europe, but Russia, China, governments across the Arab world and the entire membership of the United Nations joined together to track down the terrorists who had committed this act and defeat Al Qaeda.

But after the war in Afghanistan fought with U.N. sanction, the Bush administration turned its eye to Iraq. It went ahead despite the warning, by Arabs and Europeans alike, that an attack on Iraq would be folly; that Iraqis would resist invasion in a bitter guerrilla war and that such an action would spawn thousands of new, embittered recruits for Islamic terrorism. However, George Bush was determined to go to war, even after U.N. inspectors came back from Iraq having found no weapons of mass destruction. Bush’s decision to go to war shifted funds and forces from the fight against terrorism to the invasion and occupation of Iraq. The result: international sympathy, manifested in the common fight against terrorism, turned to outrage against Washington for an unprovoked war, dramatically shattering the historic world unity for action that followed the fall of the Berlin wall and reached its peak after the World Trade Centre attack. That choice has left the USA isolated and added fuel to the fire of anti-Americanism.

In Europe and around the world, the aggressive policies of the Bush administration have created an ugly new image of an America that respects no international law, that shoots first and asks questions later. Incredibly, a majority of Europeans now rate Bush’s America as the second-biggest threat to peace in the world, tied with North Korea. Large majorities in every country surveyed recently by the Pew Research Centre hold a negative opinion of Bush, and if Bush represents America’s leadership, the world will not follow. The Iraq war has created a quagmire from which it is very difficult for Americans - and for us Italians, who went in with you - to come out. The friendship between Italy and the USA is historically very strong: in contrast to the Iraqis, the Italians in the Second World War really did greet the Americans with flowers as liberators from home-grown fascism. We joined the Americans in peacekeeping in Lebanon 20 years ago, and in Somalia 11 years ago. But in March 2003, three million Italians poured onto the streets to protest against Bush's decision to attack Iraq. Ten million people did the same all around the world.

Europe and the world want to work with an America that shares universal values of freedom, of democracy, of respect for law, of devotion to peace. America was respected and admired around the world when its leaders stood for those values. In Bill Clinton’s time - and indeed in Bush elder’s presidency - Europe and USA worked closely to face our common challenges. The world needs that kind of American leadership, and America cannot afford a leadership that promises a “freedom march” of troops into an endless war. This is why I came to Arizona to volunteer for the John Kerry campaign, and I hope the people I met here can make the right choice for us all in November.