From Guinea to Hungary: Marcelo's catch-22

Marcelo Cake-Baly is the lead actor in the Hungarian film The Citizen, released in January 2017. A child soldier in Guinea, a tram driver in Hungary, he narrates his struggle to become Hungarian and find his place between two cultures.

Marcelo wears a broad smile and a smart black and white uniform. He gladly shows us his shabby office, tucked away on the first floor of a building opposite the Mester Ùtca station. For 15 years now he has spent his days here, monitoring the tram movements, unless he himself is driving one. The only thing breaking the silence is the small TV he bought himself to pass time.

The director Vranik Roland recently stopped Marcelo as he was leaving work. "He told me he wanted me to the lead role in his next film The Citizen ['Az Allampolgar' in Hungarian, ed.]," says Marcelo. It's the story of an African migrant's struggle to become Hungarian. A screenplay made for him. "When the director introduced himself, I was astounded. Was he really making that offer, to me? He quickly explained that–when he saw me–he immediately thought of his character. When I read the script, I realised that his intuition was right. I agreed immediately," Marcelo enthuses. He knows little about the film's reception, even though the posters covered Hungary's streets for some time.

A child soldier in Guinea-Bissau

It's hard for Marcelo to re-immerse himself in his childhood memories of fighting in the trenches in Guinea when he is in the middle of Budapest. Even if he did grow up in an Africa torn apart by war. He pulls an illustrated book out of his paperwork-laden cupboard; it's called Guinea-Bissau: "That was me," he confides. In one of the photos a young boy marches alongside his comrades, wearing nothing but his canvas military fatigues. It is indeed Marcelo at the age of 13, forcibly recruited by the army to fight for his country's war of independence. Half of his time was spent revising for his exams, the other half fighting at the frontline. In the pages of the book that Marcelo is leafing through, images of women in traditional costume, songs, dances and colourful dishes are displayed. Marcelo smiles nostalgically.

At 18 years old, Marcelo left Guinea. He had a choice: either go to Hungary for higher education or wait for places to free up in East Germany. The war was wearing him down, so he went to Hungary. When he arrived, everything was disorienting, almost intoxicating. "The socialists forbade any kind of racism. I felt completely comfortable," Marcelo explains. In his dorm room on the 12th floor of the student residences, he immediately hit it off with his Hungarian roommate. After just one year, he passed the language exam enabling him to reach the precious opener of doors:  the university. Marcelo was happy. He started his studies in economics and was passionate about the subject.

His initial enthusiasm quickly gave way to disappointment. "I knew that a degree from a socialist country was not worth much at the time," he says regretfully. His MA in Economics in his pocket, he decided to go to Belgium to get a more recognised qualification. But life was difficult there. While he was happy to learn rudimentary French, he was also forced to work illegally to be able to eat more than one meal a day. He started working mundane jobs: washing dishes in restaurants late at night and working as a domestic cleaner. Marcelo shrugs his shoulders: "I began to get really tired. My grades were plummeting," he explains. After one year, he gave up. He went back to Hungary, started a PhD in Economics and got married. 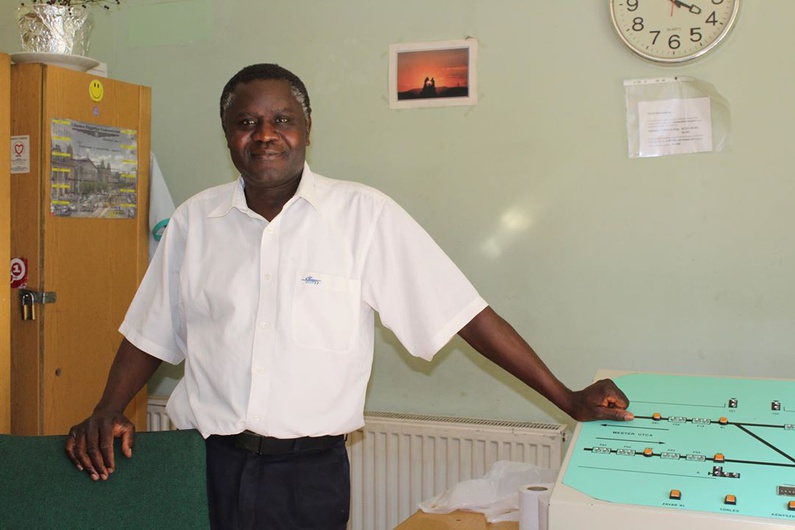 Marcelo’s only ID? An overseas student visa. Once he finished his studies, he found himself without papers. Fortunately, he found a good job at a bank. He had luck on his side, and managed to make a good living for himself and his growing family. But this was 1989 and the Wall was coming down. Without Hungarian nationality, and with the political switch, he no longer had the right to work. He was fired.

That's when the long road to obtaining Hungarian nationality began for Marcelo: "I filled in hundreds of administrative forms, completed dozens of files," he explains. But there was a problem: to become Hungarian, you have to own property. And to own a property, you have to be Hungarian. He was unable to get past this catch-22, especially given that he had failed the Hungarian citizenship exam several times. He admits he "wanted to go back to Guinea to see if life would be any better over there, for my family." His roundtrip was short, and he discovered that the situation back home had worsened.

Marcelo's usually cheery expression fades. "What could I do? I had to find a job to feed my family," he insists. He became a council worker, worked in property, all the fields that didn't require Hungarian nationality. "I was never in a good place. There was always a white person above me, telling me what to do," he says bitterly.

Three years. It took him three years to finally get the piece of paper proving he was Hungarian. Marcelo smiles faintly: “I was happy for my family, we could finally ask for social support.” He began actively looking for work in his field: economics. He sent off CVs and application letters every day. And finally, success: he was called for interviews. But disappointment struck once again: "As soon as I got there, they laughed in my face. And they would say there was no place for me." An ID card wasn't enough to become integrated. "In their eyes, nothing had changed. My skin colour stayed the same," Marcelo shrugs. To this day, he claims, no African with a Hungarian degree is working in a job that fits their qualifications. They are all overqualified. 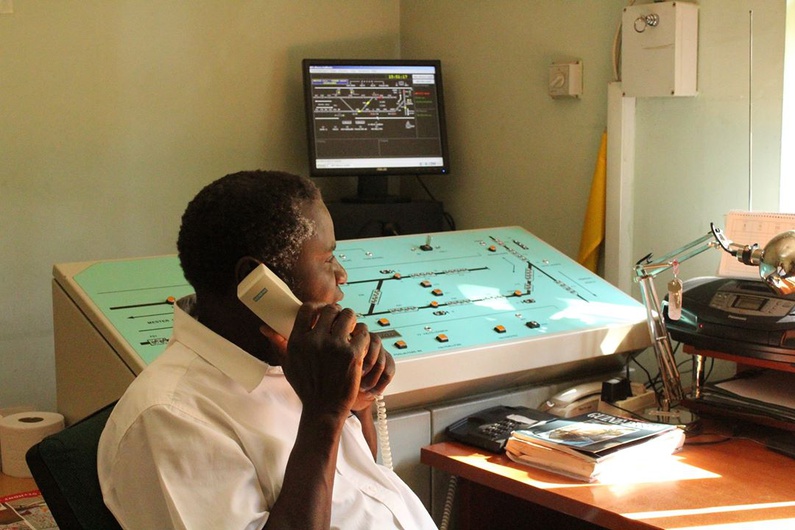 He waited two years for the situation to improve. But no employer ever called him back. He confides, regretfully, “I had to face the facts. I would never get a job I could love. Because I’m black.” Marcelo accepted the situation with a heavy heart. He shrugs yet again: “I tried tram-driver training, and I'm still here today”he says, with a touch of hurt.  He indicates his surroundings–a setting that has been familiar to him since 2004. The control panels where he occasionally pushes a button. The CCTV screens he has to keep his eyes fixed on. The telephone, which rings when a tram won’t start. “I’ve made peace with my fate, I’ve accepted it. I know it’s not my fault, just the circumstances I’ve found myself in,” Marcelo explains.

Even today when he shows his ID card, people are amazed that he’s Hungarian. Last year, he went back to Guinea to see his younger brother. Ironically, the customs officers at the airport thought he was a tourist. Marcelo prefers to smile at the irony: “I’m a foreigner everywhere. But my children are Hungarian. I raised them to believe this. The only time they’re Guinean is when we get together with friends and we cook the spicy dishes that remind us of our childhoods."

For Marcelo today, nothing has changed, other than another word on his ID card. He knows he has no future as a black actor in Hungary. But he's hoping for a role on the international stage. Returning to his good mood, he bursts out laughing thinking of the moment he first saw his face on the billboards in the street as he was driving his tram. “I’m proud of having taken on this challenge, even though I’d never acted in my life before.” His wife is very proud of him too. She’s promised that if he acts as well in another film she’ll never call him Marcelo. Instead, he’ll be “my husband, the actor."