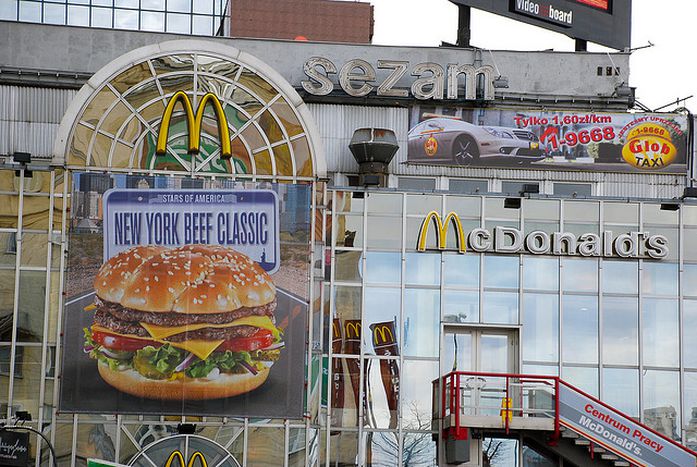 From Empty Shop Shelves to Master Chef: The Revolution of the Polish Kitchen

McDonald’s opened its first restaurant in Poland in 1992. The Warsaw shopping mall Sezam, where McDonald’s was located, closed down after 22 years in business. Soon it will to be demolished and yet another high-rise building will be built in its place. But this article is not about the history of McDonald’s or Sezam, but it is a story of food and how it reflects 25 years of change in Poland.

We probably all remember the famous scene in Apis milk bar in the cult movie Miś by Stanisław Bareja. Snippy staff, horrible food, plates screwed onto the tables and cutlery on chains so that customers would not nick any of it. The quintessential reality of the PRL (Polish People’s Republic, Polish state from 1952-1989) shown in a distorting mirror. In the PRL, food was always associated with disgrace by ordinary people. Even buying meat was humiliating because it was hard to come by and available only occasionally. During communism, Poles were treated as stakeholders. They were always and everywhere forced to entreat, queue and inquire after their own business. So, when one was already queuing up, she or he would enviously look ahead of the line. When the mission was accomplished and one was going back home with a piece of meat in hand, they would fry it up in a pan with putrid fat and consume it with potatoes. They literally consumed it because no one even enjoyed it. The most important thing was to have a full stomach and the kids were fed. 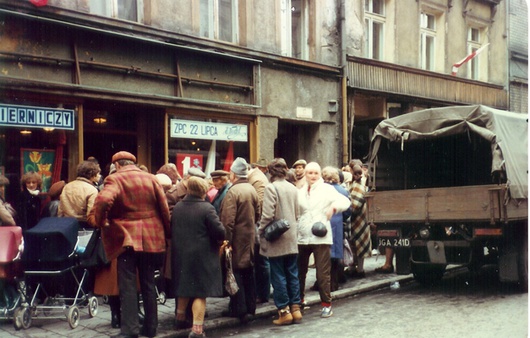 But is an ordinary Pole a rhetorical figure? Back in the day, the kitchen was a woman’s domain. Men were mostly limited to boiling water and even that they were able to scorch.  Although women worked in positions equal to men, it was still their responsibility to cook dinner for the whole family after a long day at work. Women were not equal to men during communism – their workload doubled.

Last year, The Economist published an article explaining what communism did to Polish food. Polish cuisine (which came into existence thanks to German, Jewish, Russian and Hungarian influences) was almost entirely deprived of flavours due to the PRL’s lack of supplies. Interwar Poland was a multicultural and multiethnic nation that became predominantly homogeneous during the ‘70’s – just like its food.

June 17th 1992 was probably the most important social event in the modern history of Poland. Ladies dressed in evening gowns and men in suits and ties filled the city for the fesitivities. The symbolic ribbon was cut by the one and only Jacek Kuroń, who was to be re-elected Minister of Labour and Social Policies just the following month, but this time for Hanna Suchocka’s cabinet. Agnieszka Osiecka and Kazimierz Górski signed the ceremonial guest book. All of this fanfare was organised for the chance to taste a 'real' American hamburger for the first time for the high price of 20,000 old Polish złotys (approximately two złotys today, or 50 cents).

Almost three years after the first democratic elections, Poland had finally gone through a real capitalistic revolution. It was a symbolic transition from centrally planned economy – associated with constant queuing leading only to empty shop shelves –  to a free market system, associated with Solidarity posters with John Wayne and unlimited alternatives that were eventually narrowed down to hamburgers and fries only. 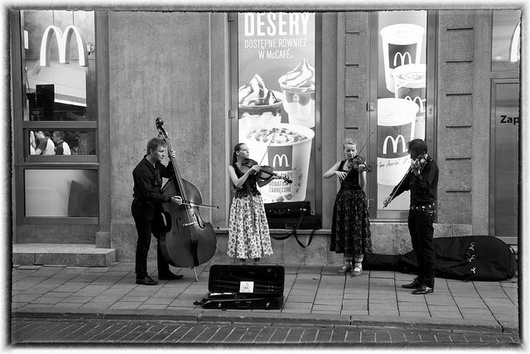 Everyone who grew up in the ‘90’s remembers their first visit to McDonald’s and their first Happy Meal with a toy. I remember it vividly. During a school trip to Krakow, it was more important to go to McDonalds’ on Floriańska Street than to visit the famous Wawel Royal Castle. I do not remember how it happened that my friend and I were left with no money on the day of our trip to McDonald’s, but what I do remember is how we got to taste 'real' American food. As we had probably spent all of our pocket money on unnecessary souvenirs, we could not afford to buy anything else, but our school mates bought so many Happy Meals (remember, only the toys mattered) that they were not able to consume it all by themselves and shared some with us. And so here it is: the perfect metaphor of gourmet capitalism that possessed Poland in the ‘90’s.

I’m still astounded by the queues in McDonald’s. In the United States, it is the food of poorest members of society, because somehow the US has created an economy where a meat sandwich is cheaper than fresh veggies. Where does our nation’s love for this American corporation come from? Sigmund Freud would probably say that people’s childhood shapes their adulthood. Oh well – disgusting food, but oh so lovely memories.

Just as our parents struggled to purchase basic products (like oranges, that were available only at Christmas), our generation is struggling with the excess range of products. The contemporary Pole gets lost in the supermarket shelves, while hunting for products from lands further afield, effectively not finding anything and wasting time.

The traditional Polish family has changed, or at least its urban model has been altered. Men have started to enjoy preparing homemade sushi. During the PRL, the time of eternal shortages, when we had to face the spectrum of sugar absence on the shop shelves, we would knock on our neighbour’s door – our neighbour was our institution. Nowadays, we do not even know the name of the person with whom we share a wall. Restaurants were once only available for the upper class and dignitaries from the political party; now, Poles have been set loose from having dinner at home. Now, we rarely sit together at the table and hardly ever have time for shared conversations. Maybe that is the reason why Polish public discourse has deteriorated and become boorish. 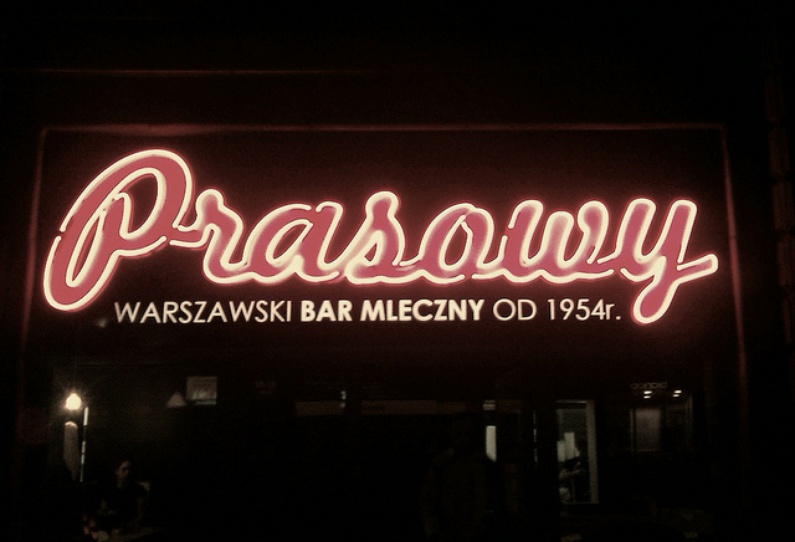 Thanks to television shows that bear word Chef in their title, cooking is trendy in Poland. After 25 years of freedom, we finally have a real middle class (at least in Warsaw and other major cities) in need of hipster pubs and shops with healthy and organic food, which are now so popular in Polish cities. But, oh irony – what goes around comes back around, and now Poles that were filling their stomachs with international cuisine now crave traditional kotlet schabowy (pork breaded cutlet) and potatoes. In Gazeta Wyborcza, Agata Pyzik compares this mechanism to the British phenomenon of austerity nostalgia. The rich are playing the poor and authenticity is becoming glamourous. But, I also have another theory. It does not matter how high Poles climb up the career ladder, how much they travel and how much they earn, at the end of the day they cannot change their nature – they are conservative and they do not like change. The paradox here is that our nation had such an invaluable input into the collapse of communism.