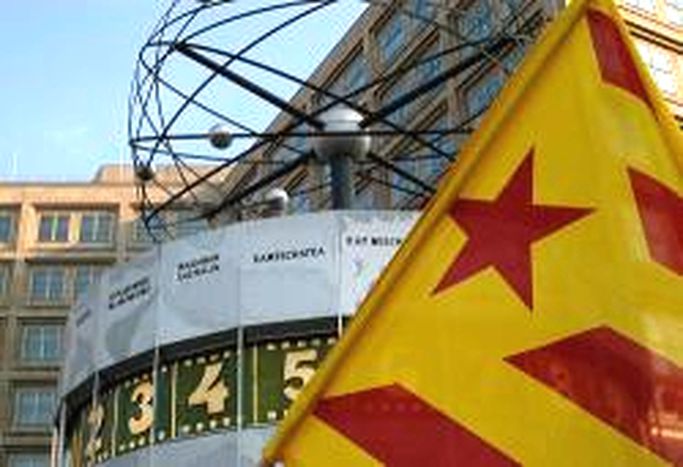 From Catalonia to Berlin

The recent nationalist demonstrations in found an echo even in , where Catalonians organized a spontaneous demonstration at Alexanderplatz. A look at this bull-friendly territory of the Iberian Peninsula from the German capital city. CataloniaBerlin by Elena Pinto Canellada Self-determination is a UN Charter consolidated right recognised to all nations.

The obscurity of this simple statement is the interpretation of ¨¨. At this point, the recognition of this right may give rise to several definitions. It is usually the case that existing nations tend to restrict this concept in order not to leave open doors for the loss of own sovereignty. A tendency to broaden the problematic concept comes obviously hand in hand with independency aspirations, based on either historical, cultural (such as language and traditions) or economic grounds.

The during Franco regime may be still fresh for some of their people. These are not satisfied with the autonomy regime granted by almost 35 years of Spanish democracy. My experience when I lived in Barcelona is that not only the generation who lived the repression but the new generation is also very pro-independency active.

The recent Constitutional Court ruling against some of the points of the (a main institutional code at regional level in Spain) has led to a massive protest.

A demonstration on the 10th July, under the motto ¨Som una nació. Nosaltres decidim¨ [We are a nation, we decide],  gathered together around 1.100.000 people, blocking the streets of Barcelona. The aim of the demo was not the call for independency but the fact that a Court had ruled against a statute voted by Catalan Representatives, . This demonstration found echo here in the Berliner Alexanderplatz congregating 150 people. This was a spontaneous initiative born out of a call and with the support of the ¨¨. 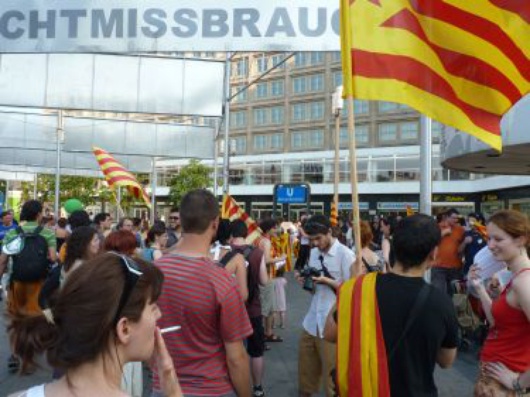 10 of July at Alexanderplatz Demonstrations are a healthy sign of democracy; will this time Catalan population wills be regarded after this reaction? For the moment, and since the ruling, Catalonia has taken some measures to restructure its territory, new names for its provinces based on historical own division. Coming to recent events, the best measure (here I express my admiration) to distinguish themselves, is the very recent approval in the Catalan Parliament of the . Based either on political reasons, in order to put an end to Spanish-rooted traditions, or based on real ecological grounds, I must admit, Catalonia is persuasively different.

And only to open a philosophical question: in this glocalized era? Once, the world of nations of the last century is left far behind, is it really necessary to keep on dividing the world? Waving European flags matching with the yellow-red-yellow-red…from Catalan ones? Even if one sympathises with the rainbow- squares of the indigenous people flags, are all those colours not too flashy?

how important are borders

Summing up, the final decision, in pure democracies, is for the people, and one do not see the point in denying a referendum, otherwise the Spanish government would keep on closing its eyes to evidence. 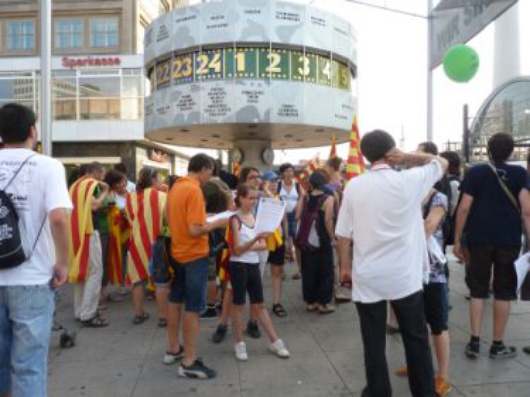