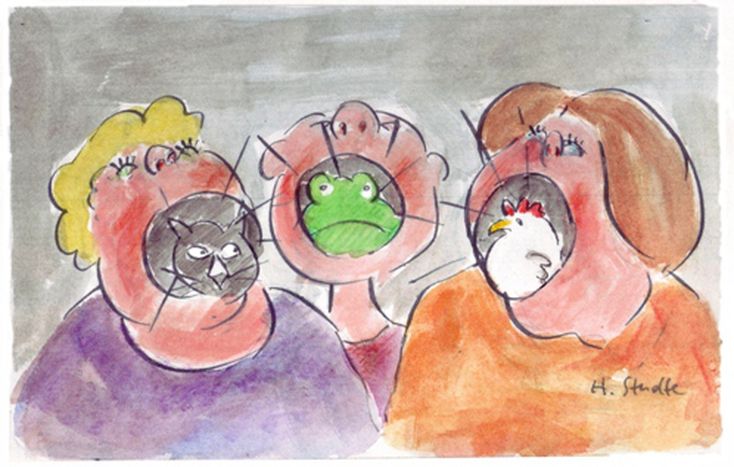 The summer has now left us. The days are getting shorter and the temperature is falling. Autumn is gently settling in. And for those carefree types who leave their coats and jumpers at home, the common cold appears.

These reckless individuals, once they have fallen ill, will have to clear their throats of that lovely phlegm. The French call this sensation ‘having a cat in your throat’ (avoir un chat dans la gorge). The Spanish, preferring fowl over felines, find themselves with a chicken down their windpipe (tener un pollo en la garganta).

Across the Channel and down the Rhine, it’s frogs that stop you talking. One often has ‘a frog in your throat’ or ‘einen Frosch im Hals’.

The Poles, on the other hand, avoid holding animals to blame for their own negligence altogether, and complain of a hoarse – not horse – voice (mie ochrypy gos).