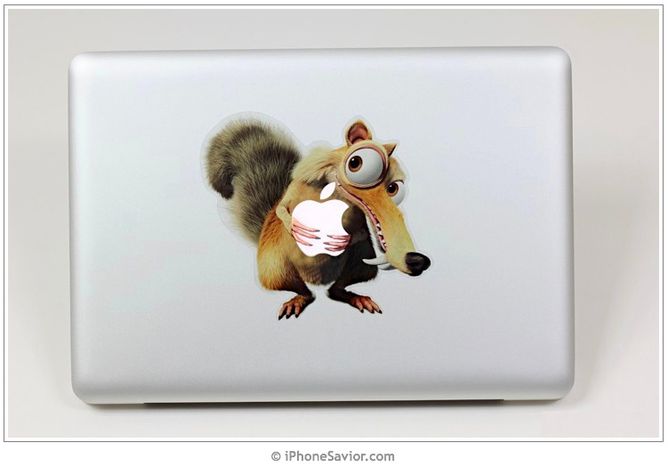 French perspectives on London riots: 'so 2005'

Rioters were brought before the courts, police failings were discussed. What were the causes of the unprecedented violence that the UK witnessed in August? The authorities, driven by traditional populism and reactionary politics, refused to analyse them in-depth in the moment. Perspective from across the channel

‘I can announce today that over the next few weeks, I and ministers from across the coalition government will review every aspect of our work to mend our broken society.’ This was British prime minister David Cameron’spromise on 15 August, before he drove the point home with: ‘Do we have the determination to confront the slow-motion moral collapse that has taken place in parts of our country these past few generations?’ Enough of populist truism, the answer is no: no, you will never change anything in practical terms because we cannot simply change the nature of a society. 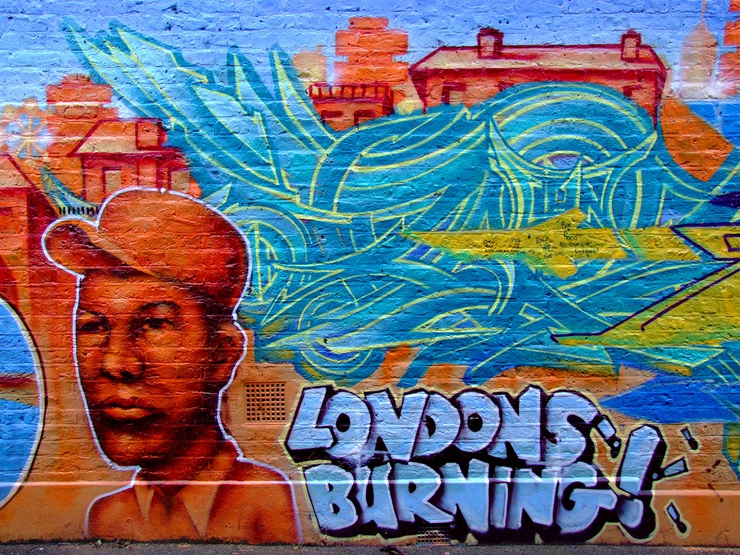 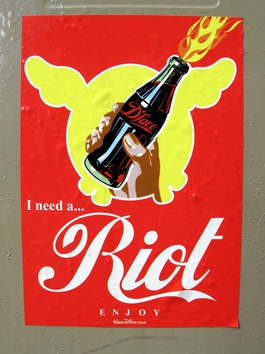 Let’s try get beyond simplified explanations of this violent uprising. We can start by trying to understand what drives a penniless person to desire possessions that he or she does not necessarily need. After all, the break-ins did not target food shops but shops selling hi-fis and designer clothing. There have been extensive commentaries on the likely racial profile of the riots – but it’s also worth noting that the young rebels have shown their penchant for luxury. ‘Everyone from all sides of London meet up at the heart of London (central) OXFORD CIRCUS!! Bare SHOPS are gonna get smashed up so come get some (free stuff!!!)’, screamed a message circulated via BlackBerry on 7 August. The message symbolises a new factor in society – particularly when we compare it to the 2007 riots in northern Paris. Yet while ‘ghettoised’ people plundering upper-crust boroughs (such as Chelsea) may be an unprecedented phenomenon, the thing that pushed them to do it is not.

Look at fire, not smoke

The social problem has therefore become a major one. This is because, if we were going to categorise the individual rioters, we could describe them as ‘almost in need'. What pushes a person in need to choose luxury items over vital commodities? One answer might be that someone could live for a good week off the re-sale of a designer jacket. That would be rather simplistic though, wouldn’t it? Let’s consider the fire, rather than the smoke. These people have simply obeyed to the letter a primordial rule of our age: ‘possession is all’. The media skillfully spreads this rule, bombarding us with the idea that the worth of a person come from the objects they possess. Worse: we are pleased that objects increasingly provoke emotion (pride, envy, admiration) among individuals.

Christian Salmon, author of Storytelling: Bewitching the modern mind (2010), notes that ‘brands ascribe power that we otherwise seek in drugs’. This media-constructed dependence on owning the right things is growing. Objects have become sociologically defining. They are now awarded such importance that it begs a scary question: have we witnessed a new generation of riots for possession? 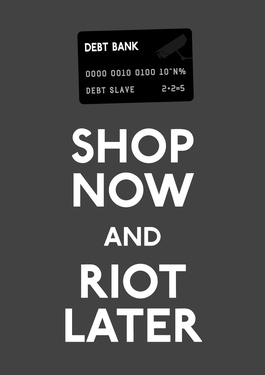 So should we really be condemning those who have been 'forced' to break the rules, or should we condemn those who allow this system to exist? It seems clear that if you exclude a part of the population from consuming while still feeding them the media that incites them to have possessions, then this class will be forced to find an alternative: drugs, black market, looting — make your choice. So we could say that the state is responsible, but refuses to admit it, as always — or at least almost always. If a tree is sick, do I cut off a branch or do I uproot the tree? The answer seems logical, yet our leaders still choose to saw off the branch because the tree, although rotten, is the only one where they are at the top.