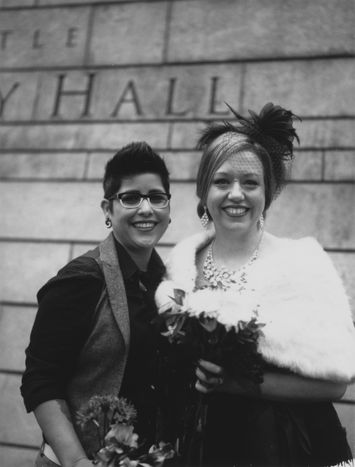 France's national assembly joined countries like Spain and most recently the UK by voting in favour of introducing same-sex marriage and adoption rights for gay couples on 12 February. The controversial bill was passed with 329 deputies in favour and 229 against. It is a triumph for Francois Hollande’s government and as a signal that the church should not interfere in the debate

‘Hollande yet to face true test in social or economic polic’ - Tages-Anzeiger, Switzerland

The French national assembly's approval for same-sex marriage and adoption rights for gays is a landmark victory for Francois Hollande’s socialist government, even if the next major challenges are just around the corner, the Swiss daily writes: ‘François Hollande has set the tone - in form and in content. Naturally he owes his new image above all to the surprisingly resolute military intervention in Mali, which has earned him pats on the back from his foreign allies. The public's perception of the president has changed swiftly; his ratings are going up. But as a political turning point the right to marriage and adoption for homosexual couples is probably more significant. It will be interesting to see how he deals with the pressure he will soon face from circles that should really be well-disposed towards him: angry teachers, disappointed factory workers from the ailing automotive industry, worried pensioners. He has yet to face a true test in social or economic policy’ (Oliver Meiler)

With its decision in favour of same-sex marriages and adoption rights for homosexual couples, the national assembly has sent a signal to the church not to interfere in politics, the French left-liberal daily writes approvingly: ‘The French church is in a profound, perhaps irreversible crisis. Nevertheless its determination to influence public debate and the determination of some of its groups to defend the most reactionary values have never seemed so strong. This church in decline has announced further political battles against artificial insemination for same-sex couples and surrogate motherhood. It shows good will to fanatic anti-abortionists and continues to defend abstinence over contraception. Whoever the next pope is, secular society must stand firm in the face of this religious intrusion. Yesterday's vote in favour of same-sex marriage in the national assembly was a reassuring response’ (Éric Decouty)

German politicians have for years rejected equal rights for homosexual and heterosexual couples, the German liberal daily writes, seeing the decision of the French national assembly as a shining example: ‘It is the French lawmakers that have put an end to discrimination against sexual identity. The resistance hasn't come from the French people, but from a significant conservative minority that has been opposing it on the streets for the last few months.

The resistance hasn't come from the French people, but a significant conservative minority that has been opposing it on the streets for the last few months

As for Germany, the government has not tabled a bill on the issue, and there has been no popular protest one way or the other. Here everything points to the federal constitutional court demanding adoption rights for homosexual couples on 19 February in the name of the basic law. Meanwhile the conservative-liberal government has put up passive resistance to such a move for years. Nevertheless equal rights for homosexual partnerships is first and foremost not a legal problem, but a political task. It falls to the legislator. Putting it off any longer would simply be immoral’ (Christian Bommarius)