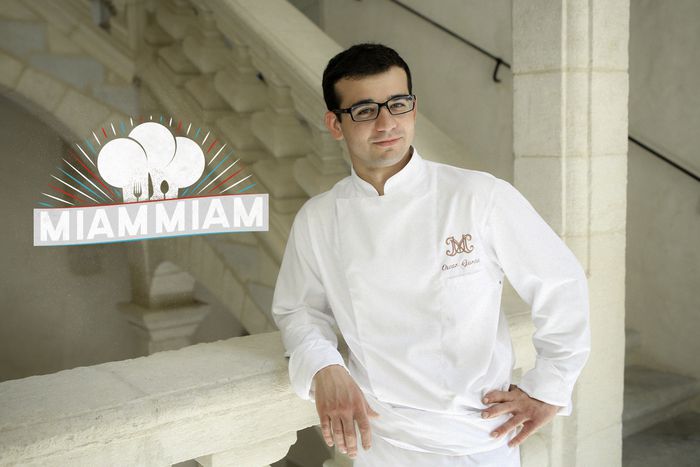 At the ten­der age of 25, the young chef from La Table d’Uzès restau­rant in the Gard re­gion of south­west France has just been awarded a Miche­lin star in the 2014 guide. Toulousean Oscar Gar­cia cut his teeth work­ing along­side double Miche­lin-starred Franck Pute­lat be­fore tak­ing charge of his own restau­rant in May 2013. We caught up with this mod­est and pas­sion­ate young chef.

cafébabel : You've been awarded your first star at the age of 25. How did you manage it?

Oscar Garcia: It's a wonderful achievement which acknowledges many hours of hard work. When you're a young chef, a Michelin star is a bit like the Holy Grail, so it's a dream come true. When we opened La Table d’Uzès, our aim was to achieve a star within two years, and we've reached this goal earlier than expected.

cafébabel : Are you passionate about French cuisine?

Oscar Garcia: Very much so. In the Gard region, we have a very broad range of excellent produce available to us, from both land and sea. And that's the strength of French cuisine: the variety of ingredients and respecting the produce we work with. We're the last chefs who still respect the concept of seasons, who don't serve tomatoes in December! 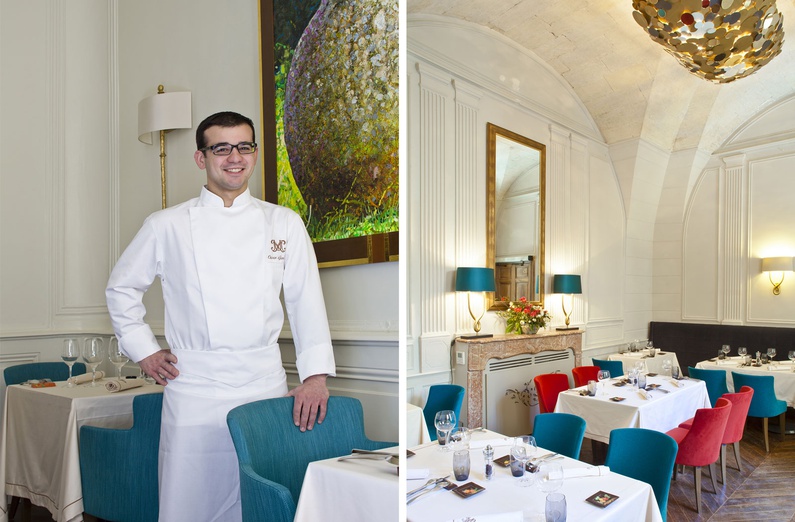 cafébabel: Do you think French cuisine still has a bright future?

Oscar Garcia: Yes, definitely. Firstly we have to challenge the belief that French cooking is expensive, because this is just not true. In my restaurant you can eat very well for a reasonable price (the lunchtime set menu costs 25 euros). And I think the fact the Michelin Guide is giving young chefs a chance proves that French cuisine has many good years ahead of it.

cafébabel: Could you share one of your favourite dishes with us?

Oscar Garcia: I don't have a favourite dish, but my focus is on revisiting the classic dishes of the region, like brandade de morue (cod and potato pie) or taureau de Camargue (Camargue beef). I create varieties of these dishes, with the main ingredient always centre-stage.

cafébabel: How are things going to change for you?

Oscar Garcia: It's really in the restaurant where things will change. The big benefit of a Michelin star is that it brings in customers during the off-peak season, which is winter for us, since the Gard region is busy with tourists during the summer. Now we have a Michelin star, people may perhaps be less hesitant to come a few miles and visit us at other times of the year!