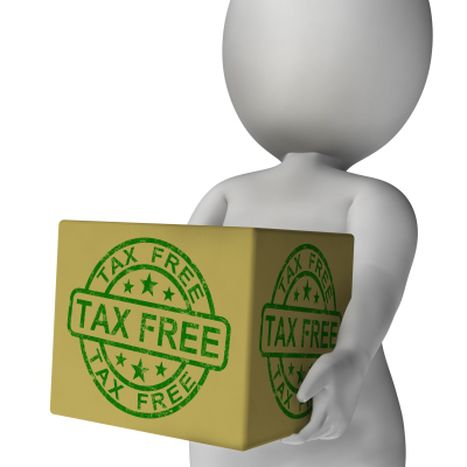 Tax fraud could be something of a goldmine for France at a time of severe budgetary restrictions. But it's not only an issue there; several European countries are determined to stamp it out.

While Brussels have reprimanded the French government for the €10 to €25 billion shortfall in its budget, the net is now closing in on fraudsters.

A versatile form of fraud

The most widespread forms of tax fraud are people overstating the amount of VAT they reclaim from the state, not paying the taxes they owe or being reimbursed for VAT that they never paid. While the main consequence is depriving the state of tax revenues, such behaviour also leads to unfair competition, with the most sophisticated schemers managing to exploit loopholes in Europe's far from harmonised system.

For example, when a company buys goods from another company based in the EU, no VAT needs to be paid. Since the goods have been bought tax-free, the business can then sell them on at a price which includes all taxes. If the business doesn't pay that tax to the state, they make a capital gain from the transaction. Another technique – so-called "carousel fraud" – involves reselling the goods to the company which initiated the fraud. A loop is therefore created, allowing the fraudulent operation to continue and its profits to multiply. Things can get even more complex if a third party, known as a "taxi company" intervenes to act as an intermediary by charging for VAT before disappearing. And on it goes …

France affected but not ruined by it

France is one of several countries where the loss of revenues from VAT is increasing, according to a study by the Ministry of Finance. Nicolas Dupont-Aignan was one of two people who presented a report to the country's National Assembly on tax havens. He describes tax fraud as the "heist of the century", and it's a heist which has already come at a steep cost for France, just like carbon trading tax fraud. In January 2012, some 15 businessmen were sentenced to five years in prison and €1 million in fines for the fraudulent sale of the "right to pollute", which is normally subject to VAT. The tax authorities missed out on no less than €1.5 billion between 2008 and 2009. As a result, the Ministry of Finance scrapped the VAT on the right to pollute market in 2009. Fraudsters quickly got the message, and turned to other activities.

For example, a company called Auto Champion 72 used several shell companies based in Spain and Romania in order to provide a false invoice to its French buyer for a flat fee of between €500 and €700 per transaction. The invoice fraudulently implied that the VAT on a vehicle had been paid in its country of origin, which was generally Germany or Belgium. Here's one example of a particularly profitable transaction made by the company: a Maserati costing €95,000 – all taxes included – would be available to buy on Auto Champion 72's French website for €89,900, a price which apparently "included all taxes"! Faced with those sort of practices, which had become increasingly entrenched over the course of a decade, the FNAA (National Federation of Automobile Workers) and car magazine L'Argus welcomed the conviction of the company and its manager, Laurence Cruche.

The authorities are now very familiar with cases of fraud at that level. That was evident in the public prosecution's ruling  at a court in Nancy after pursuing GH Auto, a company specialising in second-hand cars: "French car traders were cheating the TAX regime that applies to second-hand cars bought from other EU member states. They used intermediaries and bogus Spanish companies to issue invoices including VAT for cars that had actually been bought tax-free in Germany." There's a strong focus on tax fraud involving second-hand cars at the moment. The National Assembly's finance committee has brought forward a new scheme aimed at combating second-hand car VAT fraud to July 1st 2015. The scheme will also tackle VAT fraud in the construction industry and online sales – in particular, professionals pretending to be private individuals.

As one of the four EU countries most affected by this, Italy is working on building its anti-fraud resources to recover precious VAT. Plenty of business is being done beyond the Alps which highlights the flaws in the system. The "carbon quotas" affair revealed massive fraud in the European pollution rights market, with the government losing out on around €1 billion of taxes. It's not yet known if that has any link with the pollution rights fraud revealed in France. Either way, the bogus companies disappeared without paying the Italian government the €1.15 billion of taxes owed, according to national paper Il Corriere della Sera.

Il Giornale has also uncovered that Milan's financial authorities are particularly interested in Smart&Co, an Italian subsidiary controlled by French business Smartbox. An investigation has been launched into over €100 million of undeclared income. Smartbox, which specialises in selling gift boxes, is suspected of belonging to a VAT fraud network orchestrated by the company's various European players. It's thought that the company has received commissions for boxes sold without paying VAT on the real value of the commercial product. The parent company, which is based in Ireland and thus enjoys a favourable tax regime, has apparently invoiced clients for the value of the boxes. If that turns out to be true, significant compensation would be due to the Italian tax authorities, which would have missed out on up to €105 million in taxes over 5 years.

One of Italy's new targets is the exponential rise in fraud in digital services and telecoms. Furthermore, new VAT rules were implemented by the Italian government on January 1st 2015, including a new MOSS – Mini One Stop Shop – system. The MOSS system aims to become a model for all future trade in goods and services within the EU, and should therefore put an end to digital and telecoms fraud.

The EU steps up the fight against fraud

MOSS, which is a particularly innovative new system, stems from article 5 of Directive 2008/8/EC. That particular article paved the way for a special regime to be set up which would allow all businesses operating in EU member states where they don't have a permanent base to have a single, electronic point of contact for tax identification and the declaring and payment of VAT. Since the problem seems to go well beyond the confines of each EU state, the fight against it must be agreed unanimously between all European countries. European governments bring in some €700 billion every year, yet a fifth of the money that should be paid in VAT is never received. That should motivate EU countries and encourage greater co-operation between member states where online services are prioritised. It might then be possible to clean up a system which is still not secure, while reducing the pressure on countries (and taxpayers) to chase after VAT receipts.