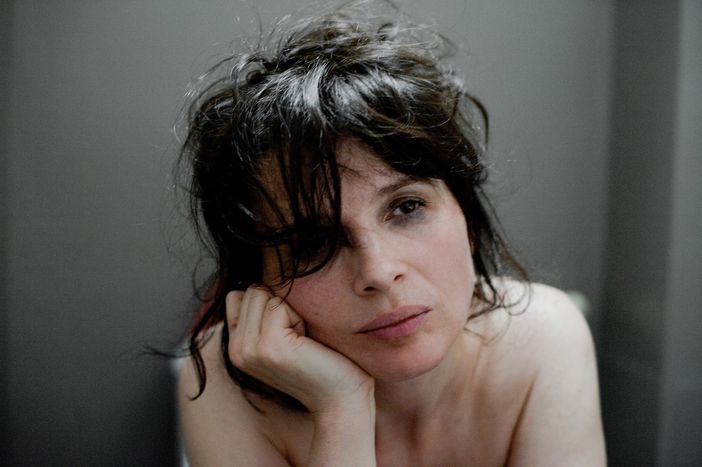 'They' tells the story of a journalist dealing with two young students who are forced to prostitute themselves to pay for their studies. The journalist becomes fascinated by the two girls' stories to the point of damaging her research. The topic isn’t new, but the plot is original, says one Italian reviewer

The French student organisation Sud-étudiant was the first to bring the issue of student prostitution up in France in 2006. Their report affirmed that 40, 000 students were forced into prostitution to pay for their studies. The number slowly decreased over the following years after more detailed investigation, but remained a reference point for anyone researching the topic. Sud-etudiant later withdrew the official text of the report, claiming that it was built on weak statistical evidence. Still, this hasn’t stopped the inquiries of traditional media. Young girls, students, on sale: it's the perfect headline to attract mischievous readers, and is now the subject of a new film out in France. 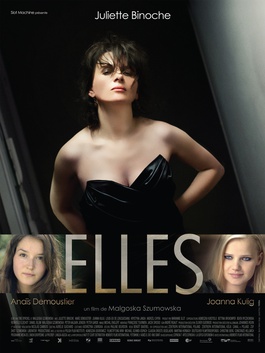 Student prostitution is an irregular and occasional phenomenon facilitated by the internet; 'sexy ménage' is the most common advert byline attracting clients. It takes place in private homes and is well hidden from the curious questions of the media. Anne, Juliette Binoche’s character, gives it a try in Polish director Malgoska Szumowska’s new film Elles, which hit French theatres on 1 February. French actress, director and screenwriter Emmanuelle Bercot already introduced the topic with Student Services ('Mes chères études', 2010), but this more recent plot deals with it in quite the original way.  The film is a European co-production, bringing together a French producer (Marianne Slot), a German scriptwriter (Tine Byrckel) and the Krakow-born director Malgoska Szumowska - all of whom have had a part to play in Lars von Trier's latest films. The story is centered on two main pillars: Anne’s life as a journalist and housewife, fulcrum of her whole family; and Charlotte (Anais Demoustier) and Alicja’s (Joanna Kulig) story, two young students turned prostitutes to pay for their education.

The initial rhythm of the film is quick; the personal stories of the characters come out in between interviews. The editing leaves enough space for the imagination to fill any gaps in the storyline. The climax is reached when one of the clients drunkenly abuses the young French business student Charlotte with a glass bottle. The viewers’ horror is palpable. Then, the film takes an unexpected twist. After 96 minutes of viewing we still know nothing about Charlotte and Polish economics student Alicja, whose luggage is stolen upon her arrival in Paris. The first prostitutes herself to avoid spending her free time behind a fast food counter. Her family is depicted as being far away and indifferent. The latter wins her own personal battle with poverty but will have to deal with a suspicious mother who is ready to slap her daughter back into place.

The most important questions by the journalist who Binoche plays go unanswered. We know that the girls aren’t humiliated by their experiences, though they sometimes cry. We know that they do well in school and hide themselves every now and then, but the only times we see them onscreen is during their interviews. The sordid sexual encounters, often bordering on perversion, are only a leitmotiv throughout the movie. All the cameras are on Anne, the housewife, mother-of-two and journalist for the French edition of Elle magazine, who is seduced by the fascinating stories of the Polish girl to the point of dreaming of being in her place.

In the end, the underground and invisible phenomenon of student prostitution remains unexplored. The camera circles around the alluring, uninhibited characters without revealing anything specific. All we know is what the journalist will put into her article, with no verification of the sources. The encounter with these lives 'on the edge', initially conducted through professional methods, will end up disrupting Anne’s private life. The girls’ fate, hidden by stage names (Charlotte goes by the name of Lola until the very last minute), is lost at the end of the last interview.