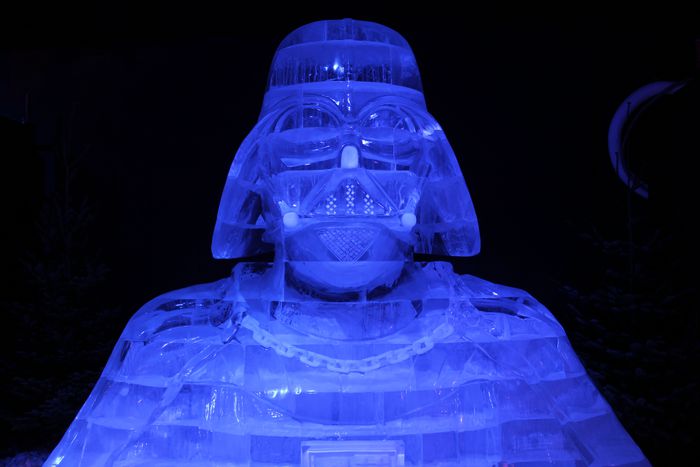 Unless you were a caveman frozen during ice age that just woke up, you couldn’t have missed the arrival of the new “Star Wars” saga episode at the end of 2015. The film which is breaking all records has created a big interest among the story fans and many newcomers to its universe. It also allowed awaking forces among some particular artists.

When you arrive to the train station of Liège-Guillemins you see it immediately. Of course the new finance Tower in the background, but until 31 January you will also notice a big tent with the Star Wars characters watching you going down the station stairs right towards them.

It is the Ice Star Wars exhibition that awaits you there. A first of its kind with the movie characters, a new enjoyable form to discover Yoda, Poe Dameron, Stormtroopers or the Millenium Falcon sculpted in ice.

It took almost 6 weeks to build the tent and create the sculptures. 30 artists from around the world worked for 4 weeks with -10 degrees in the tent with ice blocks coming from an East Flanders factory (the best in the world according to one of the involved Canadian artists). They had agreed on the characters with the organiser but they could use their imagination on how to present them. 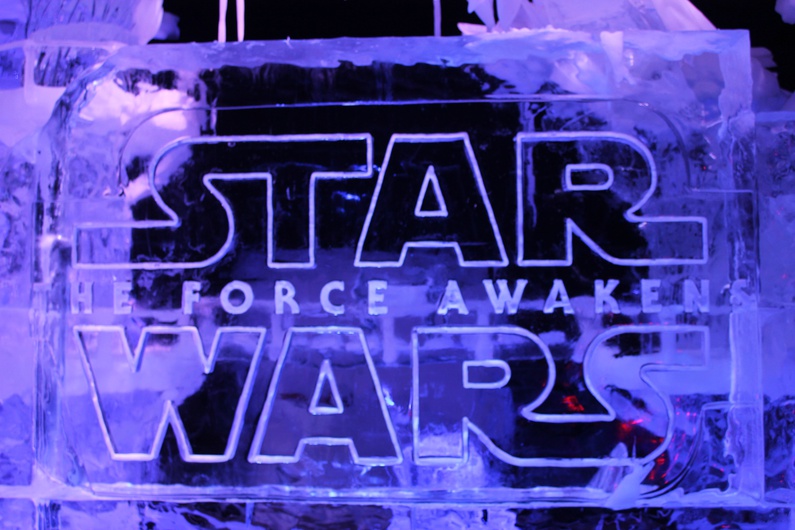 Everything was ready for the opening on 14th November. However, the context following the Paris attacks had an impact on the visitors regarding events, also in more distant cities to capitals like Liège. Despite this difficult start, the joyful Christmas market in the city, together with a Kids Village next to the exhibition, and of course the new film itself allowed revamping the atmosphere around the event, bringing more visitors.

With a warm winter outside, the constant -6 °C temperature is a challenge. Immediately welcomed by Kylo Ren, BB-8 and Yoda you enter the hall where you discover the “Star Wars” universe in ice.

A tie fighter flying in from a corner, a trooper transport waving on the ice, an AT-AT walker close to the wall and the Millenium Falcon close to the slide are just some of the machines present there. 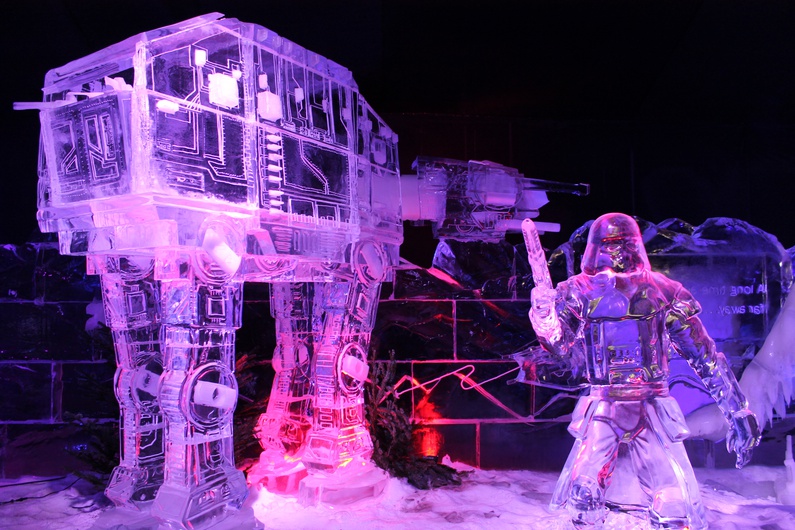 On the human and less human side you will quickly notice Darth Vader standing in front of you, a fight scene from Episode 1, or the buste of Princess Leia. Everything surrounded with different light. So just take a walk around until you reach the tunnel below the slide and take a ride on the slide itself.

At the exhibition during the weekend you may also have a hot chocolate or go more “spiritual” in the ice bar present in the hall. But once you done the walk it is time to leave to a warmer space. On the leaving way the inhabitants of the Ewok village wish you a good journey.

Once you leave the exhibition you may see a short film showing in quick motion the process of creating the exhibition. As told to me by Valerie from the organisation, the artists coming from such diverse countries as for example Canada, Czech Republic, Finland, Netherlands, Hungary or Russia had a lot of fun when doing their job and showed a great degree of cooperation. Just look at Jabba and the characters surrounding him or Chewbacca and other fellows around the X-wing. 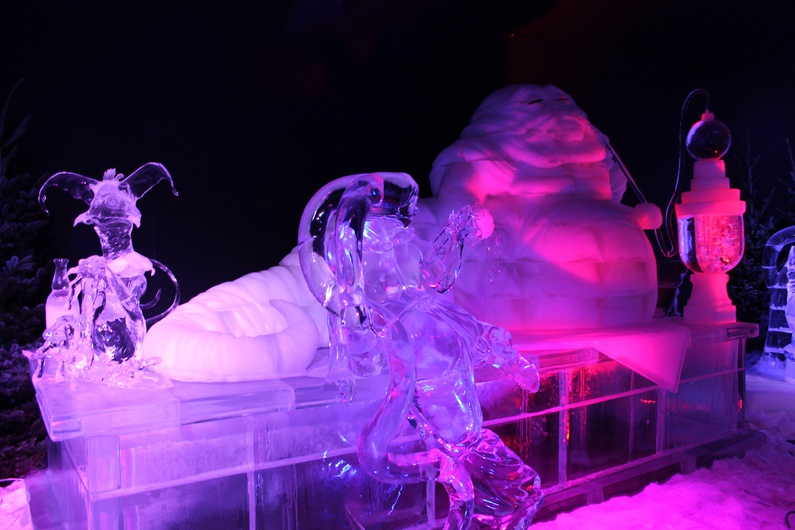 To make all the sculptures two size of blocks were used. However already the small ones have a weight of over 125 kg and they are not larger than 1 meter (50x25x100 cm). So, without machines bringing them in and chainsaws or trimmers sculpting them it would be very hard to make such form of art (when laser swords will become a new tool?). The difference in the colours of the ice (transparent and white) comes from the fact whether there is still air or not in the blocks.

So maybe, seeing the statues will awake the inner artistic force in some people, which seems to bring them well altogether. The organisers also do a sand sculptures exhibition in the summer (Ostende), which provides an excellent opportunity to enjoy art on the seaside.

The exhibition ends on 31 January, the same day as Winter sales in Belgium. Probably it is a good opportunity to use your force and enjoy a weekend in Liège. 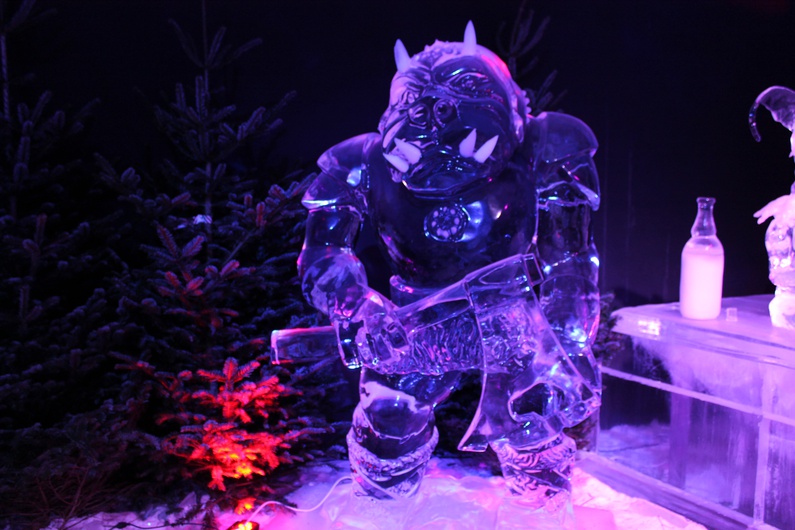